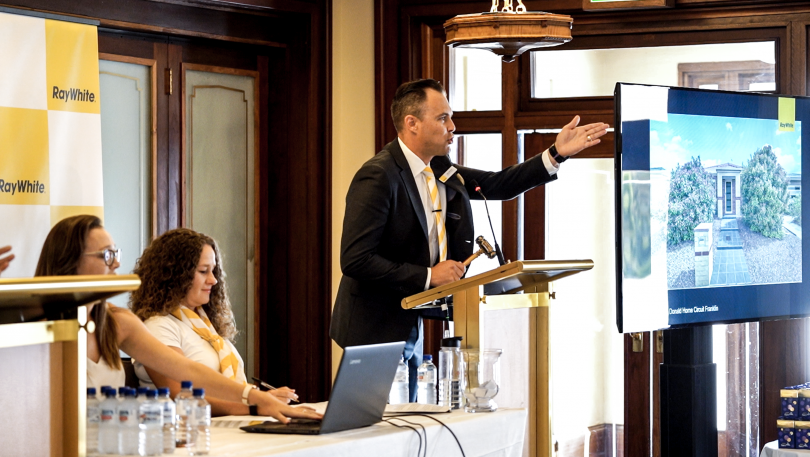 A Casey property attracted 12 bidders alone at the recent Ray White Summer Sizzler auction, which saw more than 300 people attend over the course of the night at Old Parliament House.

The three-bedroom, two-bathroom and double-garage family home sold for $637,000, and was one of 15 properties out of a possible 39 that went to new owners on the night – a clearance rate of 39 per cent.

Altogether, more than $10 million worth of properties was sold at the 24 January auction night.

Ray White Canberra Head of Sales Scott Jackson said the Casey property drew such interest because it was a beautiful family home at the right price in a popular suburb, with nothing that needed to be done.

Altogether there were 27 different bidders out of 74 registered buyers, with 59 still looking to buy, Mr Jackson said many people had fallen foul of the tightened lending environment and were not in a position to bid on the night.

The message to buyers was to factor the new requirements from banks into their buying plan and start the process earlier to be ready when properties go to auction.

“A lot of those people were genuinely interested in buying a home, they just couldn’t get their finance together in time for the auction night,” he said.

“We’re letting all our buyers know now that you can’t just leave it till the last minute to check with your bank.” 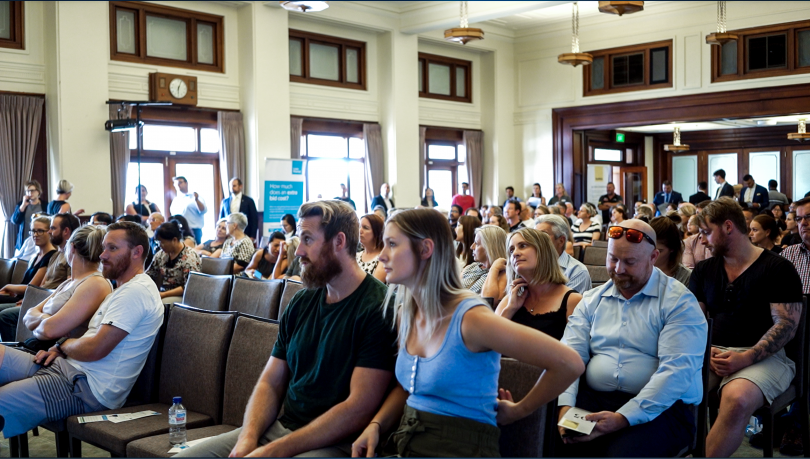 A section of the crowd at the Ray White Summer Sizzler auction.

But just being there was a valuable experience for those people, who were able to gauge the market and observe the bidding, with many buying in the weeks after the auction.

“We keep in touch with a lot of them because the homes we don’t sell usually all sell within a few weeks afterwards,” he said.

Mr Jackson said that while he would prefer to sell all properties on the night, the clearance rate was acceptable in the current climate.

Ray White Canberra’s next auction will be in autumn, just before Easter on 17 April.

“We’ve identified that gap just before Easter. You find there are a lot of people who wait till after Easter to go on to the market but again that’s when the rest of the market comes alive,” he said.

“So we’re saying to our vendors let’s get in to a spot with a little less competition, a little less supply and hopefully demand is the same and we can get you a better result.”

It’s a strategy that is paying off, with the summer and winter events taking advantage of what are seen as traditionally slow times of the year to generate buyer interest.

In any case, the days of nobody being interested in buying property in January are long gone, Mr Jackson says.

He said the post-auction reviews and survey results were all extremely positive.

“The leverage that you get of having 39 properties go at one time, the amount of buyer activity we can generate in the market place is phenomenal,” he said.

The properties for sale varied in size and style, from units and townhouses to single-family dwellings across Canberra and one in Queanbeyan.

Tina Edwards - 30 minutes ago
They only upgraded it a year or so ago!!🤔 View
News 19

Practical outdoor living for the whole family in sought-after Garran