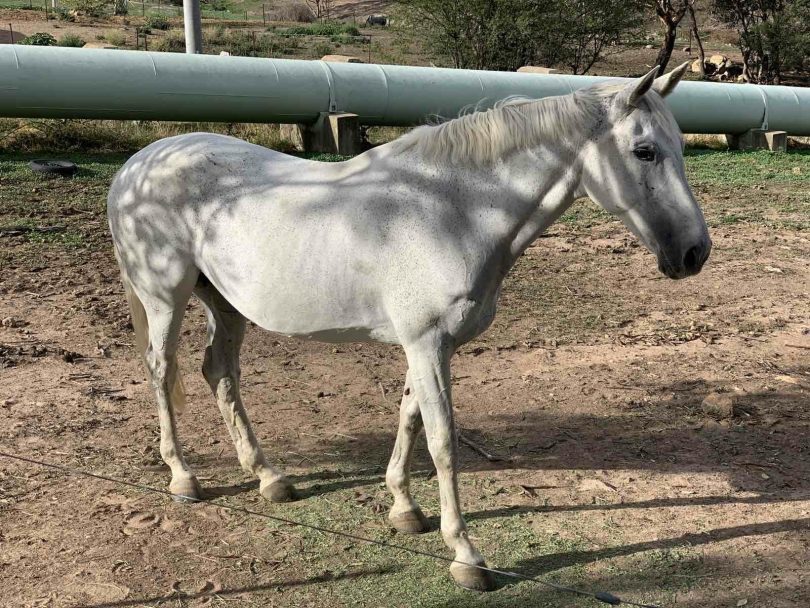 Police seized three horses and a Triton ute as a part of the investigation. Photo: Supplied.

Three horses and a Mitsubishi Triton utility have been seized by ACT Policing after the arrest of a Red Hill man on fraud and deception charges.

The 30-year-old has been charged with 156 counts of obtaining property by deception, and 78 counts of false representation of a Commonwealth official after allegedly stealing more than $700,000 from a person he knew.

Multiple search warrants were executed throughout the investigation, including one at the man’s residence in February 2020, an ACT Policing spokesperson said.

He is set to appear before the ACT Magistrates Court today (Thursday, 2 July).

Colin Mitchell - 11 minutes ago
You Muppets should let Kindergarten kids vote because that what you are turning Canberra into one big Kindy. View
Capital Retro - 1 hour ago
"I think voting should be proportionate to the amount of tax you contribute." So that means all people who don't pay income t... View
Maya123 - 4 hours ago
So you work in this area of research and know more than those who are studding it? Science is evolving as more is learnt. Whe... View
Sport 3

Man to face court for threatening to kill AFP member

@The_RiotACT @The_RiotACT
Debate over a One Nation proposal to ban discussions about gender diversity in NSW classrooms has invigorated local politicians who said it was their duty to stand up for vulnerable students in the Canberra region https://t.co/aLxSe5vvDB (51 minutes ago)