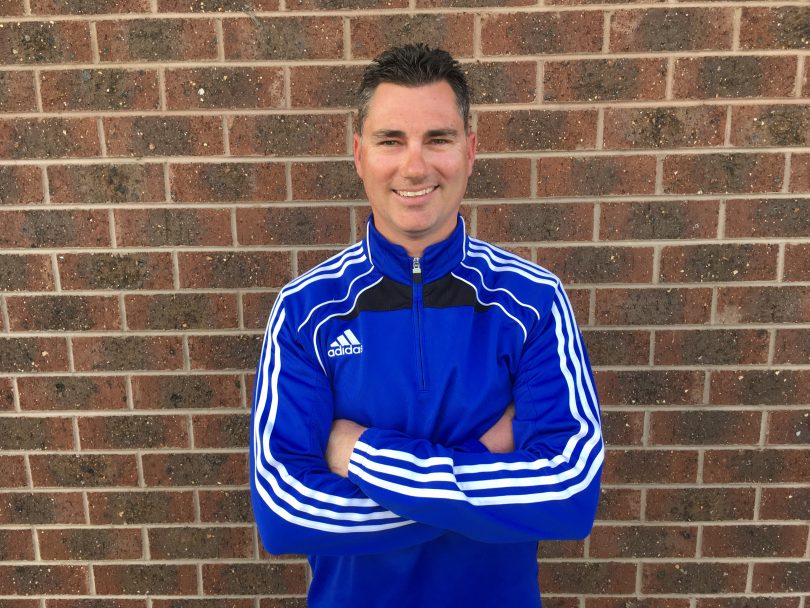 The most emotional, crazy game in the history of the Asian Cup occurred at Canberra Stadium in 2015. Ben Williams was officiating.

The AFC quarter-final between arch-rivals Iran and Iraq saw Ben issue 12 yellow cards and one red. The game was decided in a penalty shoot-out. 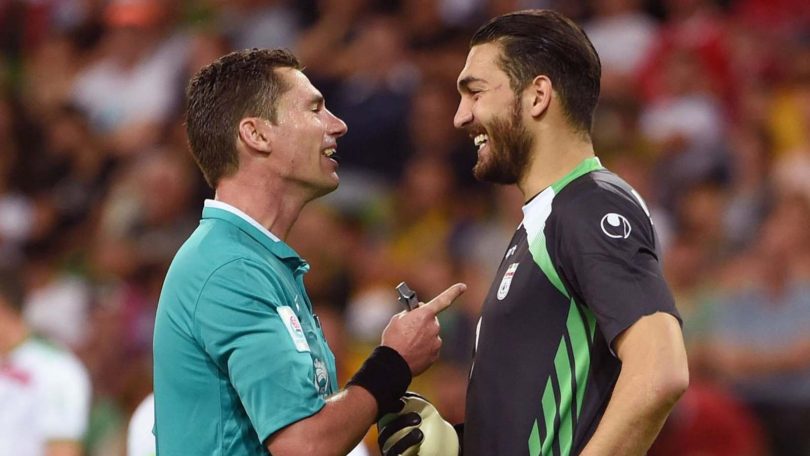 The emotion overflowed from the pitch to the keyboard warriors on social media and Ben was targeted.

“I’m not on social media, but my wife is, and there were death threats made against my wife and child. She didn’t feel safe,” says Ben.

That is just one game in a career of many highlights, but if nothing else, it reinforces the pressure faced by top-level sporting officials.

He retired in 2016. He made the decision one day as he was saying goodbye to his family to travel to an A-League game in Sydney. It was becoming harder and harder to say those goodbyes and the constant travel was taking its toll.

Consequently, 2016 marked the end of a 25-year career in the sport as an official.

The journey to that point started when he was just 15 years of age, living in Kambah.

“I did an officiating course at school during activities week. The teacher that ran the course, Chris Conti, encouraged me to go further, so I started refereeing juniors doing three or four games a week.”

His career went from there, refereeing domestically and overseas, with highlights including the 2014 World Cup in Brazil, the Asian Cup and the Olympics. 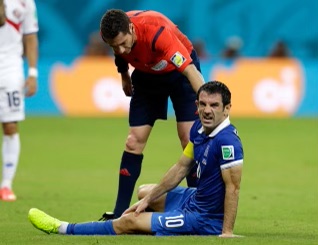 Ben referring Costa Rica versus Greece in the round of 16 at the FIFA World Cup, Brazil. Photo: Supplied.

At the 2014 World Cup, he became the first Australian to referee a knockout match. This came off the back of being named the Asian Football Confederation referee of the year in 2013.

Strangely enough, he was never called upon to referee an A-League Grand Final, despite being the top official in the country.

He has to deal with plenty during his career, including a concerted media campaign, which Ben says propagated a certain amount of hate directed towards him from within Australia. Beyond Australia, though, he had always been treated with the utmost respect.

Integrity, he says, is the key.

“Integrity is the currency. People need people to trust, and I can clearly say my integrity was never bought.”

Not that there weren’t attempts to do so.

“During lots of trips overseas, there were bags of stuff left on my hotel room door. They were handed in straight away. We had lots of presentations from Interpol. What I learnt was that they go for the players first, then the referees.”

Now at 44 years of age and long retired from the world stage, he has made some cameos refereeing Masters games in Canberra. 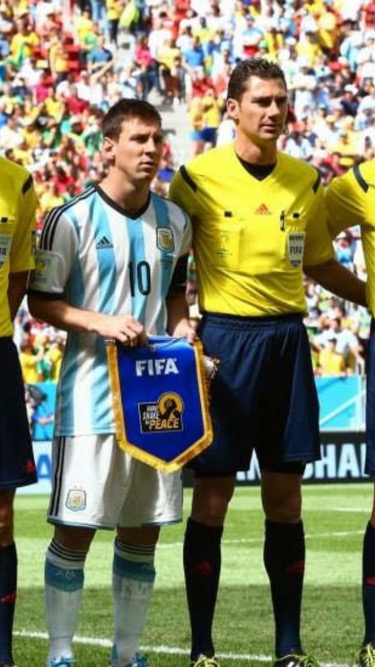 Ben Williams has officiated at the World Cup, the Asian Cup, and the Olympics. Photo: Supplied.

Fully entrenched as a Physical Education teacher at UC High School Kaleen, Ben instils in his students the same view of integrity that was the backbone of his career.

“I work from the principle that we all need to look after each other and be kind as we never know what the other person is going through,” Ben says.

“By seeking understanding of everyone else’s perspectives, we gain empathy, and that empathy brings us all together. I see that mindset as a key ingredient for the integrity of sport and maintaining the fabric of a society of which we are very proud.”

The UC High School students couldn’t have a better guide.

How do we attract quality referees to grassroots Canberra sports? That's the big question in this week's Sports Wrap. Meanwhile the struggling Canberra Raiders take on the Roosters at Gosford, Brumbies Rugby are up against the Blues in Auckland and in local AFL concerns around the Gungahlin Jets after a 166-point thrashing from the Queanbeyan Tigers.Brought to you by Rubik 3.

Ben was one of my teachers at Melba High in 2004/5. Such a genuine and caring teacher! Had no idea about this, but when is a teenager ever interested in anyone but themselves! Love this so much, congrats on an awesome career!! 👊

Stephen Wadwell you were very fortunate to have him as a mentor for your refereeing.

Christopher James Clarke The legend himself

Legend. Taught me at Melba high back in the day. A great mentor!

I do remember him when started arbitrate football, indeed very polite and educated a young person. I had the privilege to meet him when he commences his football referee. Well done Ben...

I feel extremely privileged to have had Ben as a mentor, teacher and year co-ordinator throughout my high school years.

He taught me many valuable life lessons, guided me through some difficult times but mostly, helped path me to be the person I am today.

Fantastic guy, good on you Ben.

Fantastic Ben. Lucky kids and us for knowing you.

Thank you Ben for being the teacher that you are. We will always be so grateful that you taught our Charlie. An amazing teacher.

my boys love this man. Thank you Ben for all that you do

I’ve been fortunate enough to be an official along side Ben, he was a gentleman, both on and off the field, the players respected him as well.

Glad I saw this Ben. You are an excellent example for everyone to try to copy. 👏

Well done Ben. You certainly achieved a lot in your sporting career. Your students are lucky to have such a dedicated teacher👏🏻⚽️

Ben was a mentor to me back in the day, well done champ!!!👍

TheSilver - 10 hours ago
I'm not. The only two real world usage studies I mentioned predate what's happening now. View
Jacob Mulholland - 11 hours ago
The vaccine isn't a shield or a cure. You can get the flu vaccine but still get the flu, just not as much as compared to some... View
chewy14 - 13 hours ago
JC, Definitely agree with that, testing in those high risk settings should be a given.... View
Breaking 1

kenbehrens - 12 hours ago
You are correct. The issue is a moral one. A few companies have voluntarily repaid Jobkeeper, but most will just keep it. It'... View
chewy14 - 13 hours ago
Phydeaux, Putting in recovery provisions would have made businesses far less likely to access Jobkeeper, the exact opposite o... View
griffite - 14 hours ago
Exactly, so much for "good economic managers" - who designs a scheme that excludes any accountability or ability to reclaim g... View
News 43