Experts in buying, selling & renting
Your property, your future
28 September 2021 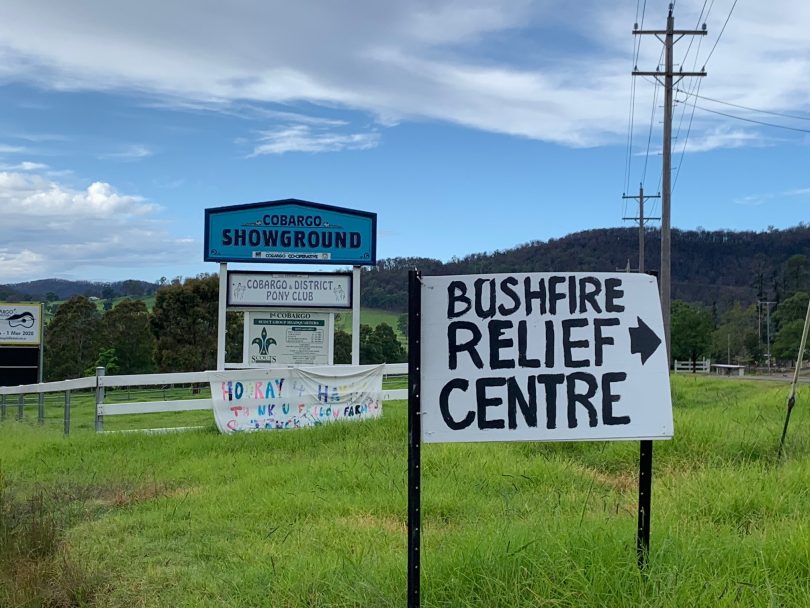 The events of the Black Summer in 2019-2020 are not likely to be forgotten anytime soon, even as towns and communities rebuild. Photo: Cobargo Bushfire Relief Centre.

A locally produced coffee-table book that captures the moments that marked the Black Summer for ACT volunteer firefighters was launched virtually on Sunday, 26 September. It coincided with the release of the ABC TV drama series Fires that has dramatised the events of the summer of 2019-2020.

Ablaze: The Long Hot Summer of 2019-2020 is a photo-journal style book comprising more than 400 pages of images chosen to convey the experiences of ACT volunteer firefighters who worked alongside other agencies and first-responders on the frontlines of the catastrophic Black Summer bushfires.

The bushfires killed 33 people and burnt 5.5 million hectares of land across NSW, or seven per cent of the state’s total landmass.

All proceeds from the sale of Ablaze will go to the ACT Volunteer Brigades Association (ACTVBA) which is a volunteer not-for-profit association run by volunteer firefighters.

Speaking at the book’s virtual launch, ACTVBA vice-president and volunteer firefighter Matt Dutkiewicz, who contributed his photos and reflections to the book, said the bushfire season of 2019-2020 was one he’ll never forget.

With 28 years’ experience in firefighting, Matt stepped back into a leadership role in the Black Summer. He says there were parts of the season where it began to feel as though nothing could have prepared him for it, and he remembers five separate occasions when he genuinely feared for his life.

ACT Rural Fire Service chief officer Rohan Scott agrees with Matt, saying the conditions and events of the Black Summer were of the kind he’d never experienced before. Looking back now, he says the book perfectly encapsulates a very difficult six months in firefighting history.

“It’s both the highs and the lows,” says Rohan. “You can see lots of smiling and camaraderie alongside the danger of what fire is.”

For ACT Emergency Services Agency Commissioner Georgeina Whelan, looking back at the visuals and listening to the stories of the Black Summer was an emotional experience.

She says looking through the stories of the ACT’s volunteer firefighters in Ablaze will only serve to make her a “proud Canberran”.

READ ALSO Report: Canberrans travelling to South Coast during bushfires didn’t think they would be affected

Now more than 18 months since the bushfires began, the new ABC TV series, Fires – which dramatises the Black Summer – launched on the same day as the coffee-table book .

Fires stars Richard Roxburgh, Noni Hazlehurst, Anna Torv and Sam Worthington and comes with a warning that it “features images and dramatic reconstructions … which may distress some viewers”.

Trigger warnings and links to mental health resources have also been attached to the program on the ABC iView website.

The series follows two Queensland volunteer firefighters who travel down to NSW and Victoria to help fight bushfires in those states.

Some critics have labelled the TV drama as coming too soon, while others say watching the show can be an important element of processing the traumatic events of the Black Summer.

Ablaze: The Long Hot Summer of 2019-2020 can be pre-ordered online now, and it’s hoped this second edition can be printed once enough pre-orders are taken to enable a print run. This will likely be by the end of this year.

All ACT Rural Fire Service volunteer members who were active with their brigades during the 2019-2020 bushfire season will receive a complimentary limited first edition copy of the book via their brigades.

Any enquiries can be directed to actvolunteerbrigades@gmail.com. 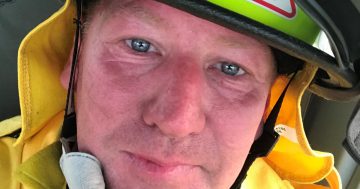