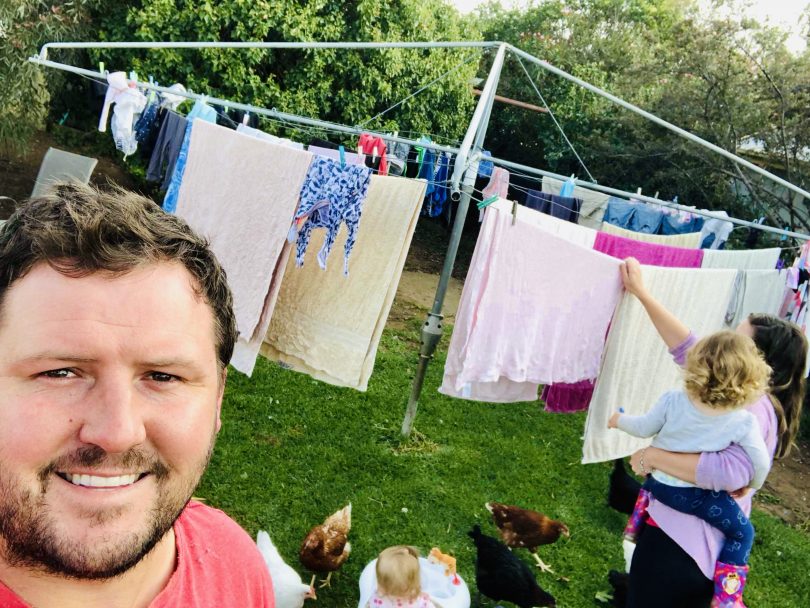 Matthew Stadtmiller from Harden sees the ACM closures as an opportunity for independent publishers. Photo: Supplied.

Hot on the heels of last week’s announcement that Australian Community Media (ACM) had suspended printing operations, stood down staff and closed office doors amid the COVID-19 pandemic, independent media outlets including Region Media are responding to the challenge.

Smaller non-daily regional papers across the South East will shutter their print operations as a consequence of the downturn, affecting many smaller communities.

Subscribers to the likes of the Moruya Examiner, the Braidwood Times, the Cootamundra Herald, the Eden Magnet and others have been told that print editions are halted until the end of June.

Region Media also understands that while online platforms will be maintained, there will be less local content as publications rely on content sourced from across the group. A scan across the online versions of the shuttered papers reveal that their content is largely identical.

Many ACM regional papers have been behind paywalls for some time.

Landlords at more than 30 small offices around the country have also been notified in recent days that ACM intends to exit lease arrangements to reduce their rental costs across the business, although it’s not clear which local mastheads this will affect.

Australian Community Media chair Antony Catalano announced last week that as a result of the COVID-19 business challenge, ACM would also cease local printing operations in Canberra, Murray Bridge, Wodonga and Tamworth, although daily editions of the stable’s larger titles will continue to be printed elsewhere.

The Canberra Times and many regional titles, sites and printing equipment were sold off in April last year when the ACM group was purchased by Catalano and Thorney Investments from the Nine group. The print assets were previously owned by Fairfax.

But the good news is that where the larger conglomerate has cut costs, smaller independent operators have been stepping up.

Region Media, the parent company of About Regional, operates from the ACT and employs journalists in Bega, Tathra, Moruya, Braidwood, Young and Queanbeyan, as well as the Canberra newsroom staff and regional contributors from Goulburn, Gundaroo and Murrumbateman.

Smaller hyper-local newspapers have been appearing for some time in places like Harden Murrumburrah, where Matthew Stadtmiller has been printing the Twin Towns Times since 2014 and intends to expand.

It’s a hands-on operation that’s currently produced from his living room. The former Fairfax staffer, who is also a member of the Hilltops Council, says the newspaper’s origins lie in memories of having his name in the paper when he played sport as a kid.

“For example, I was seeing sporting groups missing out on good coverage or the coverage they needed – especially for grand finals,” he said. “That really sucked from a working and social perspective.

”I’m the grandson of two World War II grandpas – this is what we should do – help businesses support events such as this and ensure communities get the essential information they require.”

“The Region Media business model is not dependent on paywalls or banner advertising. It’s about how the brand delivers news and local stories. While no media model is perfect, ours is about working with our local communities to tell local stories that matter to us all,” Tim said.

Joshua Grech - 9 hours ago
David Rees Oh, interesting. There are others. Thales etc View
David Rees - 9 hours ago
I think you will find it did, has got out of trains now. View
astro2 - 9 hours ago
Doesn't need to be high speed, just higher speed would do. The most recent proposal featured very little changes beyond a bit... View
Community 8

Justin Sev - 9 hours ago
Is that the same Tom Morrison who played junior footy for the Rams ? View
Community 5

chewy14 - 10 hours ago
Perhaps you can link to actual scientific research or investigations showing this particular proposal will cause health issue... View
Capital Retro - 13 hours ago
The residents of Conder and suburbs to the south should worry about this proposal as the standing inversion layer that plague... View
News 9

chewy14 - 11 hours ago
BJ, There are still peak hour buses from Tuggeranong to the city using the Parkway. The problem with this road and the future... View
JC - 11 hours ago
The parkway does cope now. Sure it gets congested but roads are designed for an acceptable level of congestion. What is accep... View
bj_ACT - 12 hours ago
Who would have thought that taking buses off the Tuggeranong Parkway and also making peoples peak hour bus commute from Tugge... View
Courts & Crime 2

chewy14 - 11 hours ago
Not really. You don't get to break the law simply because you don't like it. And the attempts by some to paint this as a "whi... View
News 3

CityDweller - 12 hours ago
Well if you look at the disaster being created along Parkes Way and Anzac Parade, we would end up with another apartment buil... View
News 3

Murdoch dips into the Canberra media market with digital launch