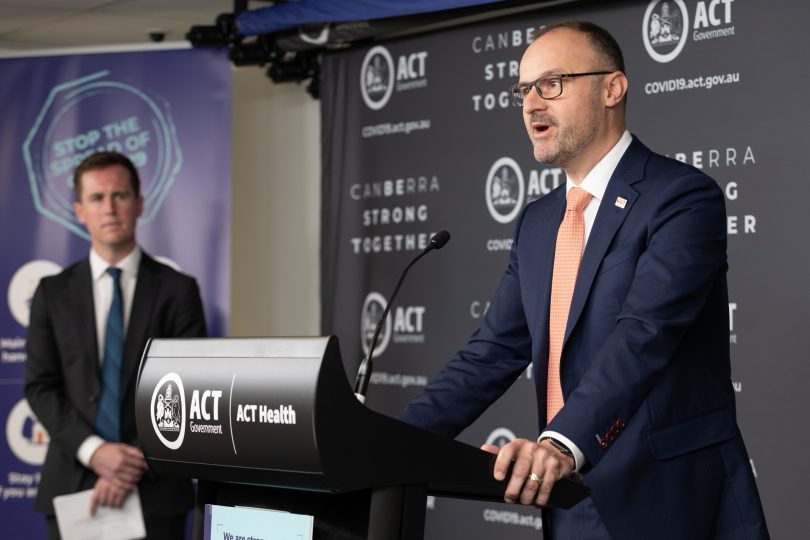 The ACT is on schedule to receive its first repatriation flight of 2021 in late January or early February, Chief Minister Andrew Barr confirmed today.

The original plan was to receive two flights before Christmas but the second flight was postponed.

Mr Barr said receiving the flight would depend on the ACT’s quarantine capacity at the time and the availability of support from the Commonwealth Government.

The vast majority of the 2,700 people currently quarantining in the ACT have returned from the Greater Sydney area. Their quarantine requirements would expire before a flight arrived, he said.

“It is our intention to continue to take [repatriation flights] but what I and the Chief Health Officer would like to see is there not be 2,700 people in home quarantine when we are doing that.

“The evidence suggests that the majority of cases are people coming in from overseas in hotel quarantine. That has been the risk for Australia throughout the process … this virus has escaped quarantine in nearly every state and territory on multiple occasions.

“It is a risk we have to manage because we cannot leave 40,000 Australians overseas.” 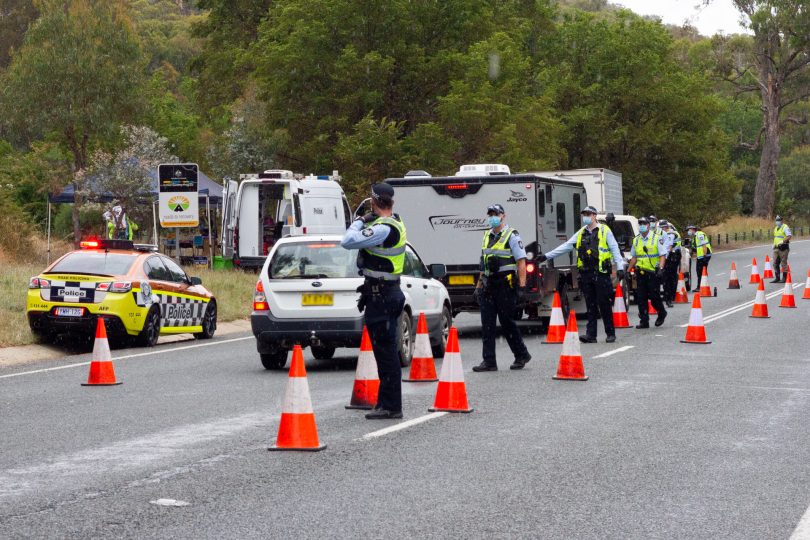 The number of people in quarantine increased significantly when restrictions on travelling from Greater Sydney were put in place before Christmas.

While the ACT’s quarantine regime is not under stress, there needs to be adequate scalability to ensure the Territory could handle its own cluster, Chief Health Officer Dr Kerryn Coleman said.

READ MORE Explainer: what the ACT’s new COVID-19 restrictions mean for you

“Due to the higher level of movement that is occurring, our numbers in quarantine grew so considerably,” she said.

“We can manage a large number of people in quarantine – that is not a problem – but we do want to be ready and be able to manage a small outbreak ourself.

More than 150 people have so far been turned around at the ACT border by police as of this morning (5 January).

To keep up to date on the latest restrictions and COVID-19 information, please visit covid19.act.gov.au.

Seems a little strange. We have state borders closing, and then within states we have council borders closing. But we will have bus loads of travelers from o’seas, where the bug is rampant; and then some., and put them up in the middle of the CBD.
All a bit odd.

People become neurotic when conflicting scenarios like this are allowed to occur.

This is yet another aspect of the Global Scientific Dictatorship.

People will retreat into an insanity of their own creation when forced to live in an artificially insane world.