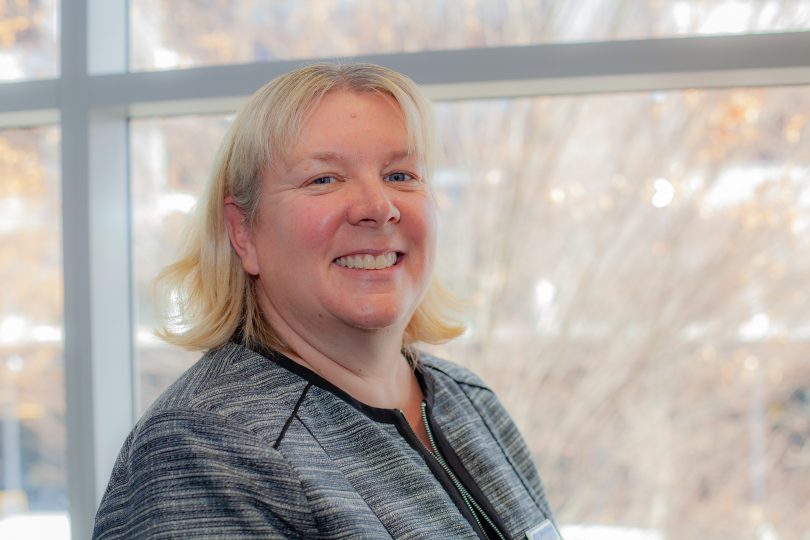 CatholicCare CEO Anne Kirwan says “the fastest-growing population of homeless people are single women over the age of 50”. Photo: File.

Homeless women can now take refuge in emergency accommodation provided by CatholicCare in an old convent in Lyneham that it has been able to repurpose.

After 12 months of negotiation with the Sisters of St Joseph, and with the help of a $150,000 ACT Government grant, CatholicCare has opened MacKillop House and already has its first residents and been inundated with referrals.

It is now negotiating with government and seeking philanthropic help to keep the doors open beyond the initial five-month funding envelope to deal with what CEO Anne Kirwan said is a hidden homeless problem in Canberra.

”The fastest growing population of homeless people are single women over the age of 50,” Ms Kirwan said.

The property, which had for many years housed female university students from regional areas, has 20 single rooms for single women in a shared living arrangement. At the rear of the site there are six independent townhouses for women with children.

She said that the five-month funding package was part of the government’s coronavirus response but the timing was perfect because the organisation had wanted to open in time for winter when the need was greatest.

”One of the gifts from the coronavirus has been the funds that the ACT Government has released into the homeless sector which has enabled us to come up with some creative solutions,” Ms Kirwan said.

The funding has also supported CatholicCare’s Axial Housing program which provides housing solutions for chronic rough-sleepers, and has expanded its housing stock from 20 to 32 homes. The funding also saw the opening of the Winter Lodge for men at Ainslie Village, providing support previously offered by Safe Shelter which isn’t opening its doors this winter due to COVID-19.

”We’ve been able to have a really good response to homelessness as a result of the serious concerns around what would happen to people on the streets if we went into lockdown,” Ms Kirwan said.

Most of the funding for MacKillop will go on staff, including an onsite manager who will be available from 8:00 am to 8:00 pm.

The goal will be to give women a safe place to shelter while wrap-around services help them deal with their issues and find them long-term or permanent housing.

But Ms Kirwan stresses that MacKillop House is a specialist housing service and is not set up to deal with domestic violence issues, although she acknowledges that there will be some women coming into the service who are homeless as a result of violence at home.

Referrals are made mainly through the government’s OneLink service, but women have also been in touch through Facebook and the CatholicCare website.

Ms Kirwan said the number of referrals showed the need was there and wasn’t going to go away quickly.

”We’re not yet seeing the flow-on effects of coronavirus into the homeless and rough-sleeping sector,” she said. ”At the moment we’re just meeting existing needs. It’ll be interesting come September when JobKeeper finishes, if the federal government does turn that tap off, what happens and how people’s housing situation might change.”

She does not want MacKillop House to be a passing moment in the coronavirus story but an opportunity to create real change.

”What we need is to work with the government to come up with a sustainable model and for us that would be an underpinning grant to support the service,” she said.

”What we need is to demonstrate there is a need and that the service is actually helping people.”

CatholicCare is also participating in the Canberra Recovery Appeal run by Hands Across Canberra and is hoping for community support.

Meanwhile, the ACT Greens have called on the ACT Government to permanently fund the service, as well as follow the lead of NSW, and buy units to get Canberra’s rough sleepers off the streets.

Media reports say the NSW Government will spend $36 million through community housing providers on hundreds of units to house rough sleepers temporarily placed in hotels during the coronavirus pandemic.

Greens housing spokesperson Caroline Le Couteur acknowledged the government’s work but said it could do more.

She said buying units from the private sector would provide a quick addition to the available accommodation for rough sleepers, and there should be more community housing.

“I would particularly urge the Government to commit to funding and building the other half of Common Ground in Gungahlin,” she said.

”This building was designed to be extended, and provides wrap-around support services to residents. It ticks all the boxes: there is a demonstrated need to house chronic rough sleepers, the project has the support of key stakeholders, and it will provide a construction stimulus with an ongoing social outcome.”

The Suburban Land Agency is releasing land for sale to registered Community Housing Providers through a just-released tender in Giralang, Scullin, Whitlam and Taylor.

All churches should open there doors , in the night to accomodate the homeless ,not hard too do 🙏

”The fastest growing population of homeless people are single women over the age of 50,” Ms Kirwan said.

That’s because people of that age And gender cohort represent, by far, the smallest number of homeless people: even increasing their number by a small count increases the percentile increase in large terms. Stats like this distort the true picture of homelessness.

This is great news. Let’s hope that there are other shelters opened for other homeless people, irrespective of their demographic.

Bec Jackson next to school

This is wonderful news! Still so many disused buildings in Canberra that can be repurposed

Bernadette remember doing a burnout in the driveway in the yellow Torana.

Hi
Do you need women’s clothes at all? i run a free clothes pantry and get more great quality women’s clothes donated than i can use – jeans and pants, jumpers, tops, scarves, coats, shoes and handbags

I’m downsizing and also have clothes which I need to donate, please PM me.

This is so wonderful. How good it is to have such amazing people as Anne Kirwan.

Carly Jayet I didn’t realise it wasn’t in use anymore, but this is a great purpose for it!

Sarah MacArthur I didn’t either! Where do all the cool country kids stay now 🤷🏼‍♀️😆🧡

Sarah MacArthur that was a great purpose too!

Carly Jayet Sarah MacArthur $110 a week for food, board and utilities from memory, you would be lucky to rent a closet in Canberra for that now!

Oh the memories! It seems like a lifetime ago but gosh it was fun 😁

Andrea Dean it was! Lots of memories made there.

Belinda Stirling wasn’t it THE best setup and bargain ever!
And they’d make us vegimite toast when we got home from the pub at alllll hours of the morn #bless

Carly Jayet- I’m glad. I literally was telling one of my girls to look at living there next year and we googled, saw it was out of action and I shed a sneaky tear. So glad it’s being used for something fantastic!!!

Puts that building to a great use!!!! 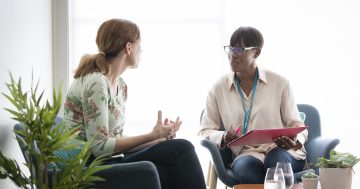