Residents at Ivy evacuated at midnight after lift catches fire 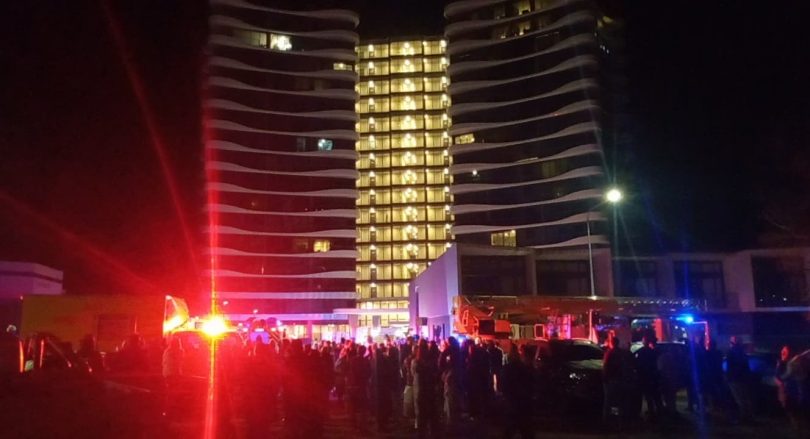 Ivy at Woden was evacuated last night after a lift caught fire, spreading smoke through the building. Photo: Daniel Phillips.

Residents at Ivy in Woden were evacuated last night after an electrical fire in a lift spread smoke throughout the building.

Ivy owner-occupier Daniel Phillips said he was woken by the fire alarm and smoke spreading throughout the 12th floor of the apartment complex.

“We evacuated, and it was just like a fire drill, except it was freezing cold in the middle of the night, and we had to stand there for three hours,” he said.

“I was just going to sleep and the fire alarm went off at about midnight, and I got up and put on some warm clothes. I got a bit of an adrenalin rush when I opened my door and there was white smoke through the apartment complex and the extraction windows were all open. I thought ‘this one’s for real’ as I went down 12 flights of stairs into the cold.

“The emergency services were great, they got everyone organised, and after the first hour they made an announcement about what was going on – but you could clearly see white smoke coming out the windows from the 12th to the 16th floor,” he said.

“The emergency services told us one of the elevators had gone up in flames and was significantly damaged.”

Mr Phillips said the lifts have been a concern in the Ivy complex since the building was opened.

“We’ve had trouble with the lifts from day one, the lifts squeal, they break down, it’s like they’re second hand,” he said.

“The place stinks of electrical fire.”

Firefighters were called to the building to investigate the source of the smoke at around midnight last night, and located a fire in a lift on the 8th floor. They extinguished the fire and conducted atmospheric testing prior to allowing residents to return to their apartments.

Around 1,000 people were evacuated from the building. Residents were allowed to return to their homes at around 3:00 am when air quality had improved. 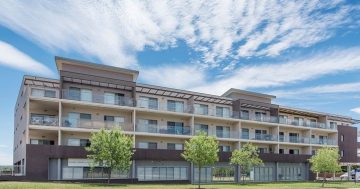