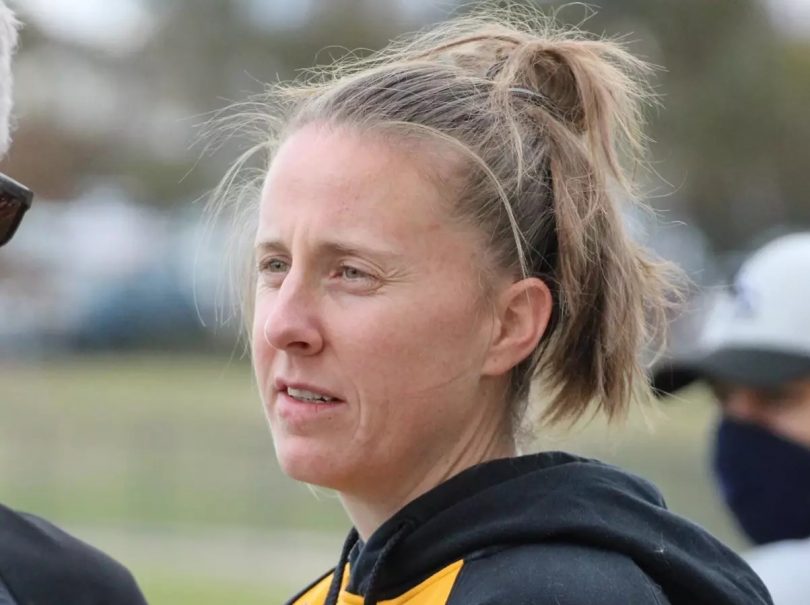 The Queanbeyan Tigers will host the inaugural AFLW Patches Asphalt Queanbeyan Cup this weekend (from 25 to 27 February) in a monumental event for the women’s game in the region. For recently retired 111-game veteran Megan Godfrey, it’s yet another sign of just how much the game has grown since beginning her career.

“When I first started, the quality of the football wasn’t nearly as good as it is now. I think it’s just been getting that opportunity to play football without the judgement of the community that has been the biggest part,” Godfrey said.

“It’s much more acceptable for women to play football now and obviously, AFLW coming into it has really helped grow the numbers within the football community.

“Obviously, with numbers, you find more talent and that talent drives the level of competition up.”

This year, Godfrey has moved into a coaching role for the Tigers after feeling like she wasn’t yet ready to leave the club despite already featuring in four premierships throughout her career.

“I tried to retire a few times before I actually committed to it, but I think this time it’s for real,” she said.

“It’s been a great career. I’ve had a lot of fun and Queanbeyan Tigers has really provided a lot of support for me over the years.”

While Godfrey has been surprised by how much she’s enjoyed moving into the coaching role, she is wary that she might want to “jump out there and have a run” herself once the season begins.

She’s particularly enjoyed passing on some of her wisdom to the younger girls, but importantly the role allows her to continue being a part of the community at Queanbeyan.

“I think that’s something that we really value at the Tigers. It really is a community club,” Godfrey said.

“The people are probably the biggest thing, especially our volunteers. A lot of them have been around the club since they were playing and now they’re in their 60s.

“As soon as you walk through the doors of the Queanbeyan Tigers, you feel like you’re a part of a family. We take a lot of pride in making sure that we look after our players and our volunteers, and it’s really a place that I’ve never once wanted to leave, which is probably why I’m coaching.”

This weekend’s tournament is in partnership with Lifeline Canberra. Godfrey has noticed the impact playing football has had on her own mental health, as well as the systems of support in place at the Tigers to help those who need it.

“If I have a bad day at work or am going through something personally, you go to training and it just feels better. You don’t necessarily have to talk about what’s going on, but you go there and you feel accepted and have a bit of fun with your friends,” she said.

“Throughout training, we often talk about mental health and check-in with one another, but we also have a club chaplain whose sole role is to check in on players and make sure that they’re doing okay.”

Godfrey is tipping the Tigers to take out the weekend’s tournament but is wary of the Ainslie Tricolours. She’s also interested in seeing how the AFL Canberra teams compare to the competition coming from elsewhere.

“Even though it’s a thriving sport, there’s still a lot of infancy in talent, clubs and establishments,” Mr Pavese said.

“We wanted to come up with an idea that brought [together] teams from around NSW, the ACT and Victoria. We advertised everywhere to come up and play three or four games for some really good prize money.

They’d hoped to get eight teams for the tournament but, within a month of putting the offer out to women’s teams of the ACT, NSW and Victoria, 10 teams had committed. The Tigers are hopeful the level of interest means the event is not a “one-year wonder”, and will ultimately become a leading tournament featuring up to 20 teams.

Further details on the weekend’s event can be found on the Riotact events page.

Such a great initiative for footy in our region. 👏👏 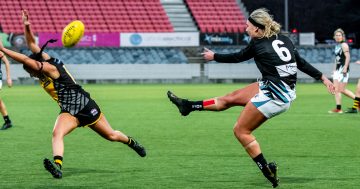