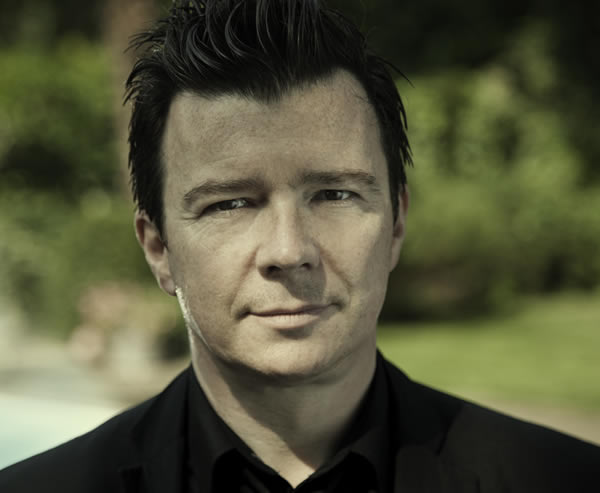 Lennard Promotions presents the return of the incomparable Rick Astley on his Together Forever Australian 2014 Tour.

After thrilling Australian crowds in 2012 Rick Astley is back with his amazing band to deliver another run of shows across the country featuring all the massive global hits that have made him a household name and a few musical surprises along the way.

Rick Astley was born on February 6, 1966 in the North of England and was brought up in a small coal-mining town called Newton-Le-Willows. The youngest of 4 children, Rick followed in his mother’s footsteps with his passion for music. After finding local success with a band comprising of school chums called FBI Astley was offered a deal sans his schoolboy group with hit-making producers Stock, Aitken & Waterman, it was from this point Rick Astley trajectory went stellar.

With hits including Never Gonna Give You Up, Whenever You Need Somebody, When I Fall In Love, Together Forever, She Wants To Dance With Me and Cry For Help Rick has sold over 40 million records. Initially teaming up with the aforementioned production wonder team of Stock, Aitken and Waterman, Rick’s first 8 singles made the UK top 10 and his smash hit Never Gonna Give You Up was number 1 in 25 countries across the globe. Thanks to the “Rickrolling” phenomenon which saw Never Gonna Give You Up viewed by hundreds of millions of people, Rick is one of the most recognisable, and indeed loved singers on the planet.

Since his last visit Rick has been working on new material and playing many festivals and shows across Europe including a successful tour of South America. Coming back from what many saw as his premature retirement which began in 1993 and ended in 2008, Rick has been reinvigorated by witnessing first hand just how much his music still means to countless people across the globe. It is with this renewed vigour Rick has since been delivering outstanding live shows highlighting the showmanship and honeyed blue-eyed soul voice that he is famous for, gaining the accolades of both long time fans and hardened critics alike.

Robert Lang - 1 minute ago
David Chadwick talking of pollution, have you heard about cars? And carparks? And oil spills? And climate change? View
Robert Lang - 2 minutes ago
Deborah Field sorry to hear you got hurt. But that’s not a reason to dislike the whole system. Imagine your injuries if it... View
Robert Lang - 3 minutes ago
Craig Pope if you don’t like it, you don’t use it. View
Opinion 54

Luke Costanzo - 15 minutes ago
Michael Pearson zero facts or fact checking. All conjecture and clickbate. Try again View
Julie Macklin - 34 minutes ago
I had my first Astra Zeneca vaccination last Thursday. Initially all I had was a slightly sore arm, which soon faded. However... View
Luke Costanzo - 47 minutes ago
Jeannou Zoides check mine out with the nice NHS logo. I had it 3 weeks ago and I am still alive. Problem with the anti vax co... View
Food & Wine 41

Andrea Mya Riboust - 8 hours ago
Ayrton I'm torn between laughing and issuing a melancholy sigh ruminating on the state of modern society that significant mon... View
Ayrton Coll - 8 hours ago
Most elaborate game of musical chairs devised. View
show more show less
*Results are based on activity within last 7 days

@The_RiotACT @The_RiotACT
Quarterly data is showing the ACT as the shining star of the national recovery https://t.co/oL5UFOqkvw (45 minutes ago)