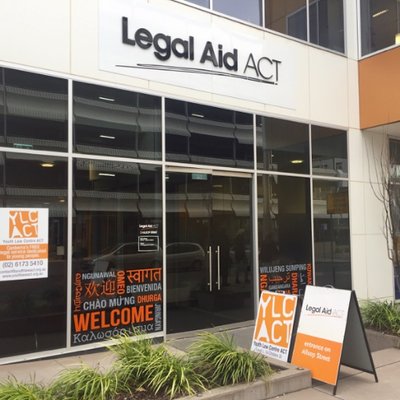 The legal aid service has voiced their concerns regarding funding cuts. Photo: Twitter.

Legal Aid ACT says it is concerned that some of the city’s most vulnerable people will be left without much-needed legal assistance due to the ACT Government’s plan to cut its funding to the organisation.

For the past three years, the ACT Government has helped fund Legal Aid ACT’s frontline service to domestic violence victims, which is carried out by two lawyers and a paralegal, but that funding will be cut next financial year.

The cuts, which were outlined in the 2019-20 ACT Budget, will effect Legal Aid ACT and four other programs targeting family violence and child protection.

Legal Aid ACT chief John Boersig has expressed his concern that cuts would result in the loss of frontline staff from the vital service.

“There is a strong need to continue that service,” Mr Boersig told Region Media. “I don’t deny or take away from the fact that the Government wants to find innovative and preventative work with that money.

“What I am concerned about is that these key core services for victims are continued. If this frontline service is to be cut, there would be a large number of people who currently receive this service who will not be able to get this service.

“We need to keep providing this service because the people who come to us are particularly vulnerable.”

The ACT Government introduced the Safer Families levy in 2016 to provide a steady revenue stream for family violence support programs and services.

Attorney-General Gordon Ramsay said the Government needs to rethink how they are spending the Safer Families levy and said a large proportion of funding will be allocated to early intervention and prevention.

Mr Boersig said Legal Aid ACT is in discussions with the Attorney General’s office to find other sources of revenue to support their service and remains hopeful that Mr Ramsay will see how vital the funding and service is.

“The funding that we have received over the last three years under the Safer Families levy was used to greatly increase the number of people who were able to receive that assistance,” Mr Boersig said.

“It is hard to know who would be more of a priority than women and children who are a victim of domestic violence. It is like robbing Peter to pay Paul in that sense.

“Someone will have to miss out but in the end, it is a decision for the board of Legal Aid commission about where the axe should fall. I hope it does not come to that. I hope that the clear demand for the service is taken into account when the Government assess the funds.

“The Government is testing where the best use of that money should be and I am hopeful that testing will show that we are the best place for that money to go.”

They dont help anyway. I was a dv victim and they told me iwouldnt win custody of my kids so refused my application. I found a lawyer who allowed me a payment plan. Cost $7000. I was awarded everything I asked for.

Tram first. Everything else, wait your turn.

Yep, that even goes for other public transport too.

I think this is more of a priority than so many other things. i judge a society by how it takes care of it's most vulnerable not by the gleaming commercial precincts.

Maybe Legal Aid needs to quote some old testament homophobic bull and then the donations will come pouring in.

Warwick Penn Bradly maybe Folau or the ACL will tweet a verse from the bible in support of caring for the needy . lol just joking

Marc Edwards - 8 hours ago
Maybe the Berra Party View
Paul Leins - 9 hours ago
Sure, just bet a former liberal will be a real check to his mates in the liberal party 🙄 View
Michael Ilsley - 9 hours ago
Glad to see him engaged in the community after the tragic loss of his son. View
Community 52

Rebate for landlords who lower rent extended for three months

Matching intentions and outcomes: tendering in the human services sector