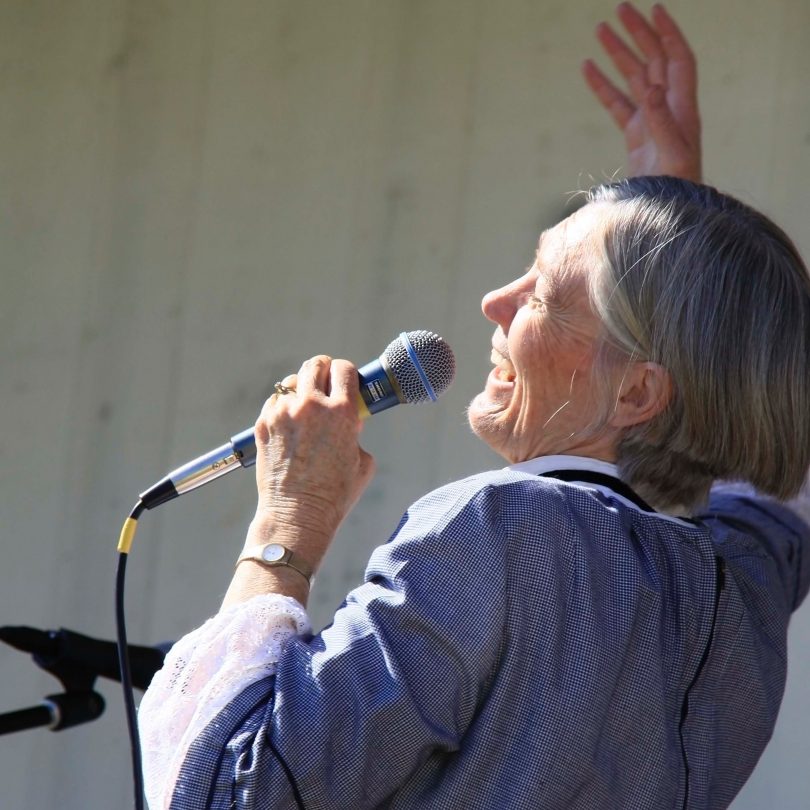 Greedy suits on weedy legs and women with wide bums surface in bush poetry that is riding a resurgent wave across rural Australia. The gut-wrenching dilemma of having to sell the family farm is there too, as verses of poetry swing from humour to all-too-familiar despair. At the centre of much of the revival is Robyn Sykes, a farmer from Binalong, a village of 250 people west of Yass.

The daughter of two pharmacists who were themselves born performers, Sykes writes winning poems and recites Banjo Paterson, John O’Brien and fellow poets who like her, spin an uncannily accurate reflection of life on the land.

Ever since a festival in 2013 lured all types of artists into Binalong, ‘A Brush with Poetry’ has continued five times a year in the spec of a village.

People travel from Canberra, Yass, Young, Boorowa and Harden-Murrumburrah to hear bush poets perform in a disused glass-blowing studio out the back of Café on Queen.

Through the studio’s picture-window they see the dusty banks of Balalgal Creek and hungry sheep nibbling at the ground and camped under the shade of gum trees.

Sykes’ father Jim and mother Gwen Hinchcliff ran a pharmacy at Murrumburrah for years. Gwen performed the poems of Banjo Paterson. Jim was an excellent amateur actor, and both belonged to a local drama group.

“Dad lived and breathed plays,” Sykes recalls. “When we were home having dinner, there’d be quotes flying across the table. Someone would be quoting Shakespeare, and someone would answer with Oscar Wilde and someone would throw in a bit of Banjo Paterson.”

Sykes left home, went to university, travelled abroad, then met David Sykes, to whom she is married. On their first trip home to Binalong, they sat with friends and family around a table at Binalong Tea Rooms cafe, where David’s father Adrian was holding court. He invited each person to perform a party piece, refusing to take no for an answer.

Effortlessly and fortuitously for her, Sykes rattled off a Banjo Paterson poem. “I thought, golly, what have I got myself into?” she says. “I think I like this.’’

Not far from the village sits Illalong, a farm of undulating paddocks and sprawling old gums surrounded by mountains that look blue in the distance. Life at Illalong broke the parents of Banjo Paterson, Andrew and Rose, financially and physically. But Illalong filled his boyhood with drovers, bushrangers, Irish labourers and racehorses, all of whom gallop once more in a new book, “Banjo’” by Grantlee Kieza.

For any fan of The Man from Snowy River, reading of eight-year-old Banjo attending the Bogolong races nearby (the place called Bookham today) is riveting. A bloke from down the Murrumbidgee River borrows his small pony’s saddle, wins the main race on a horse called Pardon, leaving the little fellow forever enthralled by thoroughbred racing.

If Australians have moved on from the romance of tales like Waltzing Matilda, it hasn’t been far. People in the bush are as fixated today as they were in the late 1800s and early 1900s.

“Just because you are a farmer doesn’t mean you can’t be artistic and creative and enjoy your drama, your poetry and your music,” Sykes says.

“When you live in a small village you have to make your own fun, and often in days before TV, everyone stood around the piano, someone would play, someone would sing, someone would say a poem. That sort of tradition has lasted longer in the villages than some other places.” 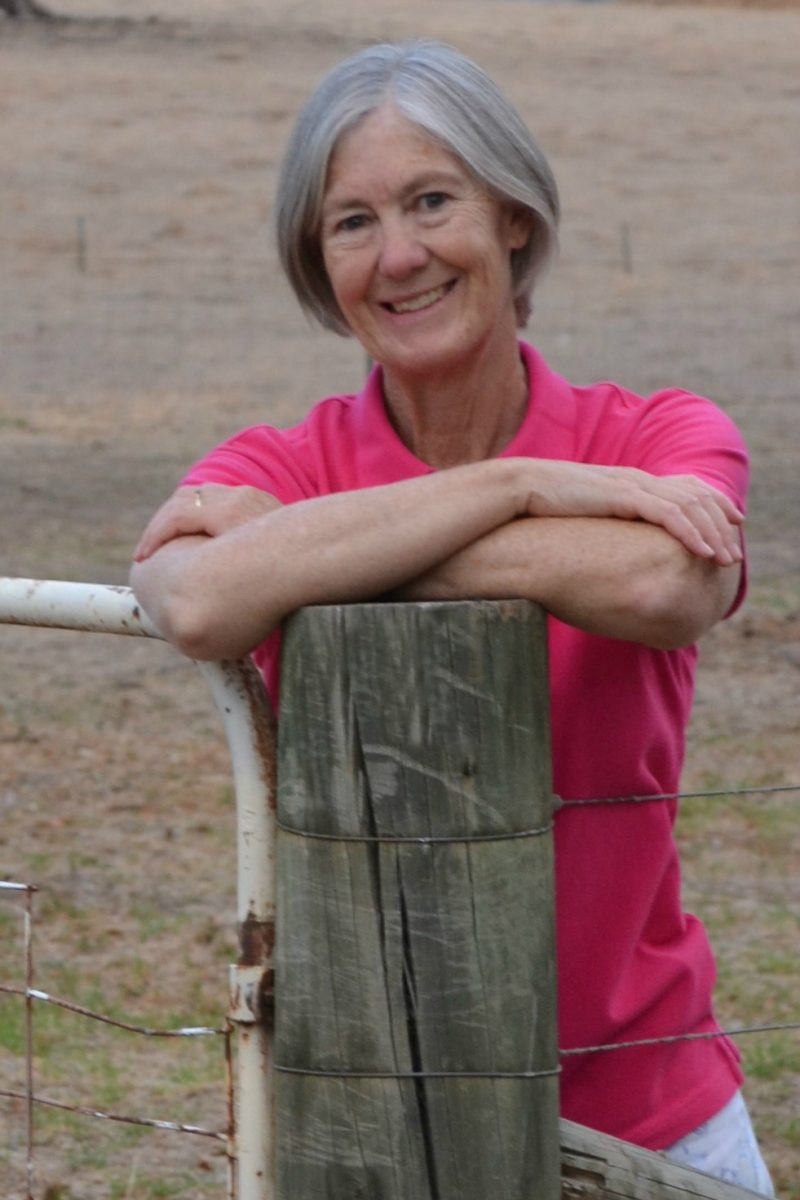 At home on the family’s farm, ‘Glendalyn’. Photo: Geoffrey Sykes.

Poetry events like Narrandera’s John O’Brien festival swell the population tenfold. Sykes will be the featured poet at this year’s John O’Brien Festival that begins on Friday (March 15). Along with fellow poets, she will perform at a poets’ breakfast, and will present her own show, Viva La Verb, with mostly her own material.

“Modern bush poets are standing on the shoulders of the masters who have come before us, I like to do original work, I certainly won’t forget to do John O’Brien,” she says.

At the Tamworth Country Music Festival, poets’ breakfasts are going from strength the strength. Perhaps the biggest in Australia is at Boyup Brook in Western Australia, where 2000 people attend.

When artists capture the essence of a community, people respond, as they did in 2015, when Binalong re-enacted the shooting death of bushranger Johnny Gilbert. Thousands swelled the village, finding people in period costumes, mounted troopers and villains firing rifles. At its height, Sykes, a national poetry performance champion, recited Paterson’s poem, Johnny Gilbert. She recalls the atmosphere amongst a 2000-strong crowd was amazing, magic, fantastic.

“I love going to the festivals. It’s what I do,’’ Sykes says. 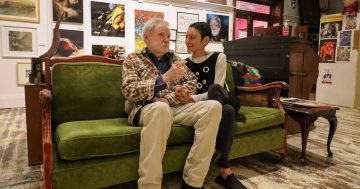