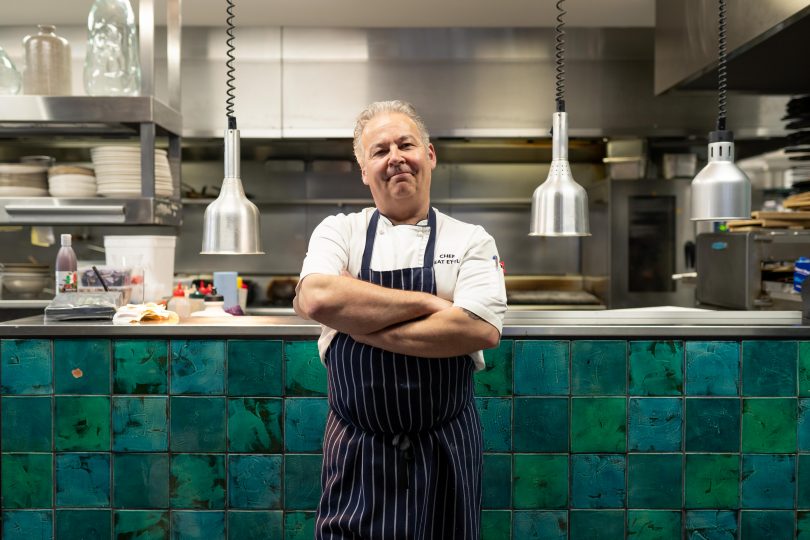 Queanbeyan’s Royal Hotel can now stake a claim as having the best steak in Australia, after being crowned home of Australia’s best steak following a nationwide search for the best pub meals.

The Royal Hotel’s rib-eye steak won the top prize ahead of the Cardinia Park Hotel at Beaconsfield in Victoria and the Railway Club Hotel in Melbourne. Australia’s best clubs were in the running with the Watsons Bay Boutique Hotel winning the award for best pub fish and chips.

Royal Hotel owner Anthony McDonald told Region Media their beef is locally grown and sourced from the Bungendore Butchery, with each cut aged and professionally cut to portion size.

“The award is particularly pleasing because it was voted on by our patrons.

“The beef is a mixture of grain and grass-fed. It’s aged for 21 days and away it goes. It’s properly seasoned, properly rested and we do it consistently, which I think is just as important as the quality of the beef.”

Mr McDonald said once their steak got into the top five, judges came into the pub to let their tastebuds do the talking. 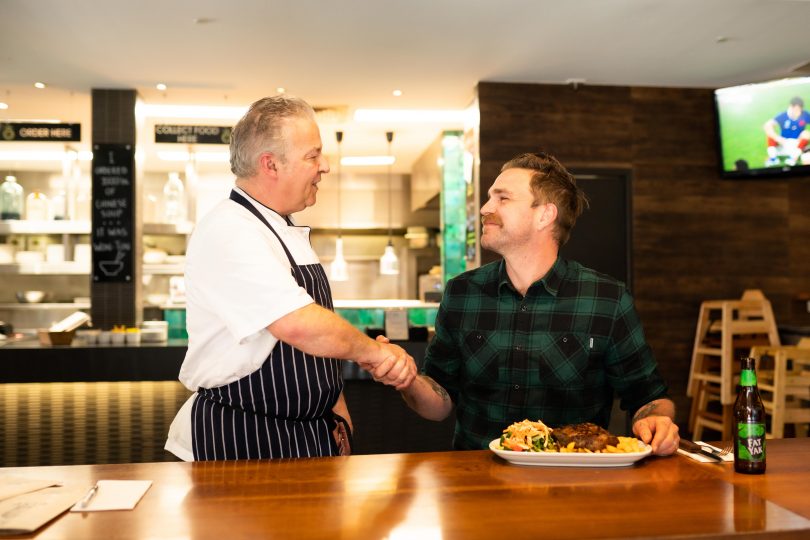 One of those was comedian Harley Breen, who had the hard job of determining the nation’s five tastiest meals as part of the campaign.

“I’ve had the honour of travelling across Australia to judge Australia’s favourite pub meals. I’ve met some amazing characters along the way and tasted the best pub dishes our nation has to offer,” Harley said.

“The final decision was not an easy one, but I’m confident we’ve unearthed the very best of the best. We’ve had an amazing response from the public and are delighted we promoted so many fantastic pubs and meals.”

Mr McDonald said it was an honour to be ranked alongside pubs such as The Watsons Bay Hotel.

“Watsons Bay is a ripper of a pub and to have a little pub in Queanbeyan sitting next to that one is really special,” he said.

“The kitchen is the core of our business. When it’s firing, the rest of the business looks after itself, so we pride ourselves on providing a good quality meal that is locally sourced at a good price.”

As part of the competition, the chefs behind the nation’s best pub meals will visit Melbourne later this month where their winning dish will feature a pop-up restaurant, The Hungry Yak.

The restaurant will run at Melbourne’s Riverland Bar between 30 October and 6 November.

Right! I’ve been wanting to check out this place... the Reno looks amazing in the pics... and now they we know they have the best steak, we have to go!! Darren Jeffrey Neil Michelle Skill xx

Righto, let talk... need to get our weekends lining up 😊😘

Can also recommend the Beef Roast Biff Rump 300g with a middy of Bent Spoke Crankshaft to wash it down.

Michael Henderson Jason Scicluna road trip when I get back down on course?

Gordon McDonald name the time a date and we will make the long journey there!

Good on you. Now your secret is out, congratulations royal hotel from us in NZ......

Dean Brown Andrew C Le Shand remember when you guys did your steak Como and the Royal came out on top?

Holly I think we need check this out??!!

Kylie is this true?

You have yo be joking. 40 mins at the most down the road

The rib eye is great

We will have to go and judge it as well 😋

Hana Smith Kate Bradley, shall we cross the border?

Emma Griffith I have high steak standards so I’m willing to give it a go.

Gregor Shona come see us and have the best steak in Australia!