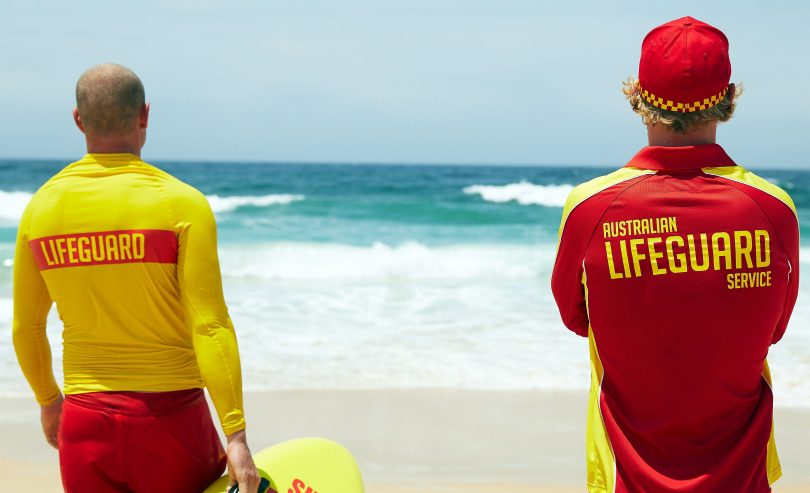 This would be wasted expenditure. Its impossible to ‘patrol’ the amount of waterways and lakes through the ACT. Predicting that somebody else would drown at Casaurina Sands over the pontoon at Lake Ginninderra vs literally everywhere else in the ACT is even smaller odds than winning the lottery.

Sad to say, but I would rather the government expenditure go into keeping the verges mowed, there’s more chance of that happening successfully.

Suffice to say, my guess the reason why patrols were stopped in the ACT would have been because the service was too expensive to maintain vs the possibility that they could have saved a life.

Brisal - 11 minutes ago
Define "Northern Tuggeranong". Most suburbs have their small shopping centre with a Supabarn or IGA or similar, within short... View
Tony Jim - 33 minutes ago
Flanno for sure. BCF have the best and warmest View
News 1

Capital Retro - 20 minutes ago
What a ripper of a headline. View
News 21

Elaine Srejic - 28 minutes ago
I thought it was great I used my vouchers in one hour 😊 View
Tara Cheyne MLA - 2 hours ago
Yelin Hung Canberrans had access to three vouchers a day. 30,000 Canberrans used 59,000 vouchers. The average voucher amount... View
Tara Cheyne MLA - 2 hours ago
Cody Savage it was down for 7 days to fix. As a $2 million scheme it injected $5.1 million into the economy, created greater... View
Community 47

qbnperson - 43 minutes ago
And don't forget the Blackberry bushes, ACT is no longer the bush capital! It is now the Blackberry capital of Australia full... View
qbnperson - 46 minutes ago
I've always considered Queanbeyan - Best kept secret in ACT. So stop talking about it, we already have too many ACT number pl... View
What's On 2

Julie Macklin - 1 hour ago
Carole Ford Not many people cycle for sport. Most people use it for transport. View
News 8

nobody - 2 hours ago
JC, I haven’t said we shouldn’t change, I think the subsidised change to roof-top solar, with the numerous small inverter... View
Ol L - 3 hours ago
I foresee a further rise in electricity costs….. View
Bill Gemmell - 3 hours ago
The intention is a noble one. By capturing the excess daytime renewable energy pumped into the system we then have available,... View
News 22

Liv Miller - 3 hours ago
Sure is a wonderful and kind thing to do... People don’t realise that there are homeless women here too. It’s so so cold... View
Food & Wine 4

The Canberra Liberals have called for an audit of the ChooseCBR voucher scheme after the fund was exhausted within a...
News 20

@The_RiotACT @The_RiotACT
It's a program that changes the lives of country kids through education, supporting young people with financial and emotional assistance https://t.co/471mbzeu00 (39 minutes ago)

@The_RiotACT @The_RiotACT
A lack of affordable housing and increasingly desperate would-be tenants has combined to create perfect conditions for scammers in the ACT rental market. Here's what to look out for https://t.co/P3xXhcACC1 (3 hours ago)