RSM Australia sets its sights on its second century 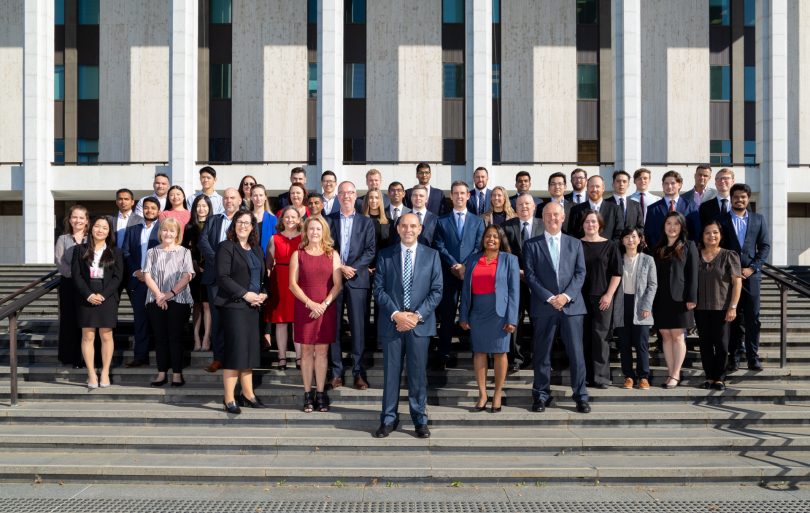 Office Managing Partner of RSM in Canberra Frank Lo Pilato (front and centre) says the business has not survived 100 years despite bumps in the road – but because of them. Photo: Michelle Kroll.

In 1922, Edgar Robert Woolcott had a hunch. Having founded The National Service Company (now RSM) in Western Australia, he asked his accountants to trek out to their clients rather than the other way around. He theorised that conducting business at a clients’ farm or place of work would give them a perspective they couldn’t get if clients came to them in town or the city.

His innovation was credited with the growth of the practice over many years and the foundation of a business that would endure 100 years.

After a century, the company has grown from one staff member to 1500, from one office in Australia to 32. That includes one Canberra office, which opened almost 40 years ago as a one-accountant operation above a fish and chip shop. It now boasts more than 70 staff.

Needless to say, a lot can happen in a century. The business weathered the Great Depression and World War II. It has undergone name changes and interstate expansion and evolved with the ever-changing geopolitical and technological landscape, including a little thing called the internet.

Changes in technology and the world economy in the 90s signalled rapid growth. Answering client demand, their firm became part of an international network of accounting and consulting firms and became, as they’re known today, RSM Australia.

More recently, while COVID-19 ravaged businesses across the globe, the past few years have seen the firm’s strongest performances yet. Currently, they’re managing $242 million and that number is projected to grow immensely over the next period.

But Office Managing Partner of RSM in Canberra Frank Lo Pilato says the business has not survived despite bumps in the road – but because of them.

According to Frank, when you look at most businesses that have endured a century or more, you’ll usually spot three factors demonstrated in their history: “Flexibility, adaptability and sustainability.”

“We’ve strategised and found ways to navigate through unexpected factors and we’re stronger as a result of the challenges we’ve weathered,” he said. 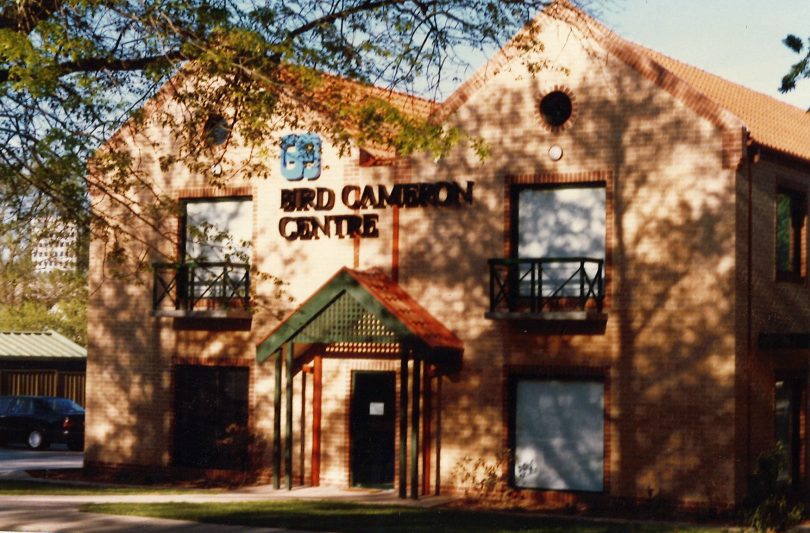 RSM in Canberra (then known as Bird Cameron) moved from its office above a fish and chip shop and into the Bird Cameron Centre in 1989. Photo: RSM Australia.

He says where a business chooses to invest its capital matters. RSM has chosen to focus on its staff, which is reflected in data. They’ve become the ninth biggest accounting services firm in Australia and boast an average staff turnover rate of 5.6 years – no small feat in the current employee marketplace where one in five employees are reportedly jumping ship.

“Our focus is retaining and engaging with existing staff and the wellbeing of our staff, especially with COVID and the impact that has had on staff retention across all industries,” Frank says.

“We invested heavily in the human resources and admin spaces to ensure adequate staff support. Good performers are rewarded, yes, but we recognise performance is a result of a team effort. The greatest conductor in the world is nothing without their orchestra.

“More importantly, we’ve cultivated a supportive culture – it’s why I’ve stuck around for 32 years. If you show initiative and enthusiasm and couple that with ability, they’ll hand you a blank canvas and it’s yours to draw on.”

Since the inception of the Client Choice Awards in 2005, RSM has been a finalist in 43 categories and been awarded the Best Accounting and Consulting Firm (Over $200 million) five times, including the past three consecutive years. But the firm did not make it to the big 100 by resting on its laurels, as Frank points out, and that’s why it’s positioning itself as an incubator of talent. Recently 228 graduates joined the company.

Looking further into the future, Frank foresees two immediate areas that are primed for big-scale evolutions: “Going forward, there will be some major shifts in data analysis and technology that will help us work even smarter.”

In the late 70s, the business got its first computer which occupied an entire room and could store up to 4MB of memory (about the size of a single MP3). Now, there are no bounds to the innovation they’re considering, including artificial intelligence and machine learning. 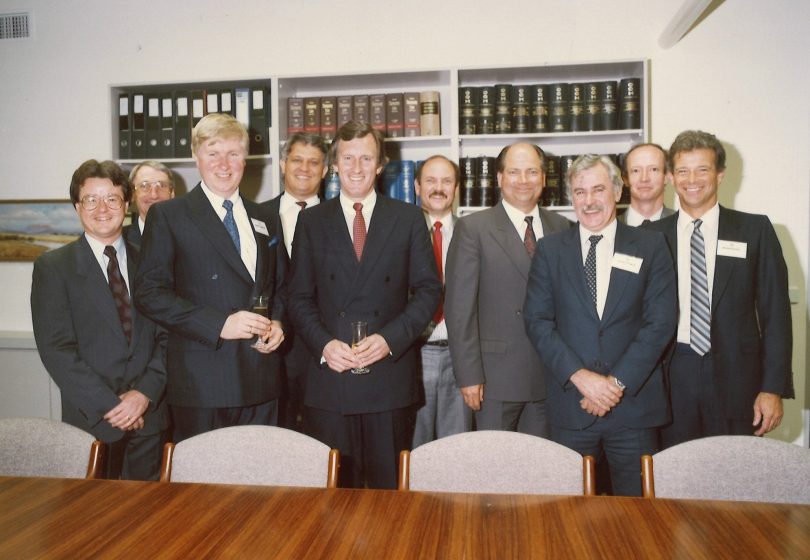 “How we capture, analyse and utilise data and understanding what part new technologies could play in how we do business and adapt to market shifts will no doubt inform our next evolution,” Frank says.

RSM is a far cry from the small-time, mobile bookkeeping firm travelling around regional WA providing advice to farmers and small storekeepers. Now part of an international network of trusted advisors in all areas of business, Frank says RSM has a bright future internationally, nationally and locally.

“In Canberra, there’s plenty of room to grow in the public sector. Normally governments rely on the Big Four, but that space has grown significantly for us,” he says.

“There’s so much opportunity ahead; we just have to be bold enough to take it and back ourselves. Back in the day, we might’ve asked if we were good enough. Now, we do not doubt what we have to offer.”