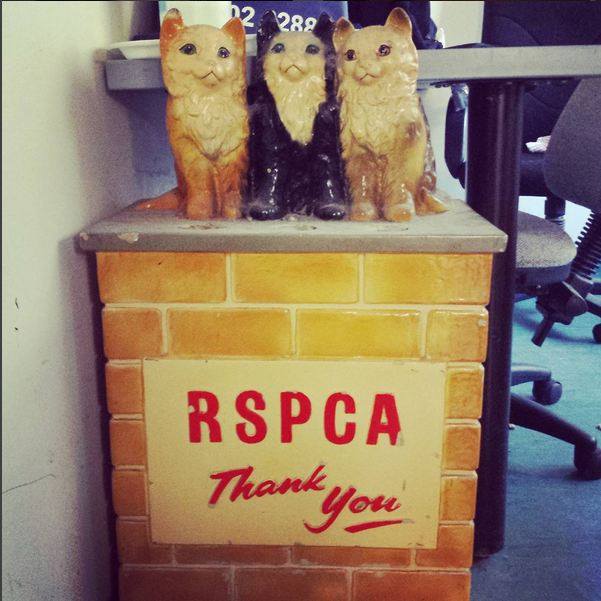 The year was 1955. The polio vaccine passed its first large scale test, Elvis Presley made his TV debut, the Vietnam War began and Robert Menzies was Prime Minister. It was also the year that RSPCA ACT was born.

Sixty years is a long time to do anything, but what began as 23 dedicated individuals has grown to the charity that you know today. RSPCA ACT’s first full-time inspector began in 1970, and today we are busier than ever with 981 animals brought into the shelter by our inspectors throughout 2014-15.

Whilst we may be at the same location in Weston, a few things have changed over the years. For one, we actually have animal welfare laws to enforce, although they are by no means perfect yet.

To celebrate our 60th birthday, RSPCA ACT will be having a weeklong celebration from 21st to 26th  September.  Included in that program is a FREE forum titled 2015-2075: A Vision of Animal Welfare in the ACT. We have invited a variety of speakers across a range of organisations to share their vision at the National Library on 24th September.  We’ll also be inviting the public to provide their own view points at the forum via interactive opportunities.

This celebration is not just a birthday party for RSPCA ACT. It is an opportunity to reflect on the past and envisage a future in animal welfare for the next 60 years. It is now up to the Canberra community to create the future and work towards even greater outcomes for all creatures great and small.

Stay tuned for further details about how you can attend this special event and get involved in other activities throughout our 60th birthday extravaganza.

John Hutchison - 3 hours ago
Not correct. Labor are saying Zero net emissions. This means that emissions are possible, but only if offset by some form of... View
Paul Mathews - 5 hours ago
firts improve the stoopid pick-up parking...10 mins....out in the cold...jeez View
Eliza Doering - 11 hours ago
Free flights between London and Canberra 😭 Rae Coomber-Williams View
News 64

Lucas Pesian - 7 hours ago
Rest In Eternal Peace Chief. View
Becc Rohrlach - 7 hours ago
RIP....you were such a wonderful man....thoughts and prayers with David, Kellie and all your family xo View
Property 1

Brindie - 7 hours ago
This is yet another planning failure of the ACT Government. A site designed for 44 units will now have 149 apartments. The de... View
Business 2

Opposition leader Alistair Coe has asked Canberrans to have higher expectations ahead of this year’s election following the Government’s budget...
News 24

@The_RiotACT @The_RiotACT
ACTPLA's rejection of the proposal to open a McDonald's on the Chisholm Tavern site has been welcomed by local business owners, who say the plan had a significant effect on local business & highlights the issue of high rents at the shopping centre https://t.co/F3urPYbkXt (23 minutes ago)

@The_RiotACT @The_RiotACT
#CBRBrave will head into the 2020 Australian ice hockey season with a new ownership structure headed up by Daniel Amodio, who owns #CanberraCavalry https://t.co/SpU8L0Ha2S (1 hour ago)