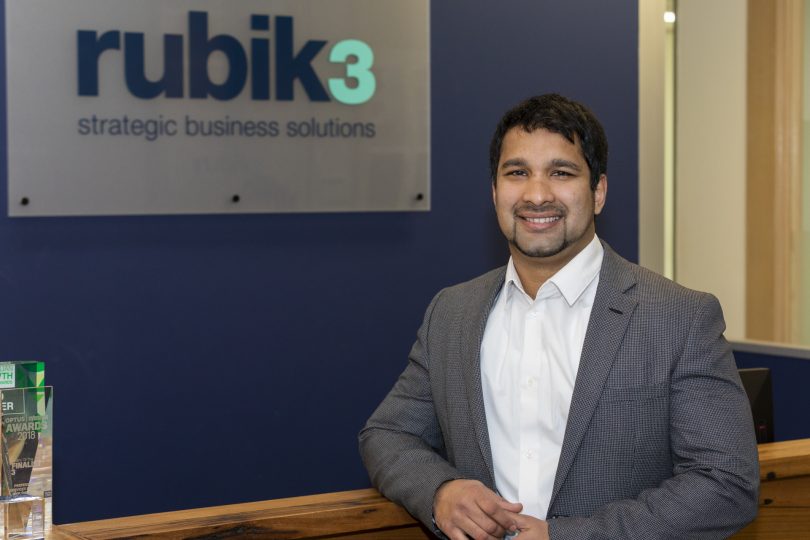 Kirk Fonseca grew up in Mumbai, India’s financial capital and most populous city. An associate partner in professional services firm Rubik3, he came from an unlikely, yet ideal, grounding for the people-centred organisation.

Mumbai heaves with a population of more than 20 million people in an area smaller than Canberra. In this sea of humanity, every step is for survival.

Growing up in a Catholic community, Kirk befriended people of six or seven different religions. His close-knit family embraced vulnerable people all around them, shaping his values to respect people’s opinions, perspectives and beliefs.

He graduated from college and worked for global consultancy KPMG and then moved into investment banking at Lehman Brothers. Working alongside Europeans, Japanese and Australians, Kirk learned how different people ran their teams and business units. He discovered the world has more to offer than a 60-70 hour working week so he looked for overseas options and chose Australia.

“People in Australia value their lifestyles; they work hard but spend time enjoying the simple pleasures of life,” says Kirk.

Setting his sights on the land down under, he signed on for a Masters of business administration at ANU so his skills would be recognised in Australia. He saw this challenge as an investment. His girlfriend at the time, Delaine, who is now his wife, shared the same goals.

As a full-time student in Canberra, Kirk was determined to discover, experience and embrace all the city has to offer. He signed up to work in multiple casual jobs including bartending and at Woolworths in Tuggeranong. Coming from a city where people jumped into dumpsters for anything to eat, he was astonished at the excess fresh fruit and vegetables supermarkets throw out as surplus stock.

Collaborating with other MBA students, Kirk enlisted partners and networks to distribute the food to people in need, winning Woolworths’ approval along the way. He launched Student Bites and involved students at the University of Canberra and ANU.

Since then, thousands of meals have been delivered, food waste has been reduced and money has been raised to help other not-for-profits in Canberra and Sydney, as well as a not-for-profit school in Cambodia.

READ ALSO: Rubik3 values most its culture, a challenge and change

Kirk says having ideas is easy, but it’s the execution that matters.

“Execution means you have to have the right leadership, establish the right culture, and create the right atmosphere that is psychologically safe for people to contribute to that idea and make it robust,” he says. “It is not about saying, ‘I am right.’ It is about saying, ‘Let’s get it right together.’”

“I was approached mainly because of Student Bites,” says Kirk. “I was about to graduate from ANU and I was looking for my first job in Canberra.”

His first conversation with Rubik3 founder Guy Earnshaw, about a community focus, fired up his ideals. Kirk suggested that before Rubik3 could begin donating back to the community, it had to establish its financial base.

“Guy said, ‘No, let’s do so from the start; let’s give back from infancy, whether with money or in time spent because that will strengthen our foundation of being about the people, and being about the community,’” he says.

“They are more like extended team members, not contractors, and are part of the Rubik community,” he says. 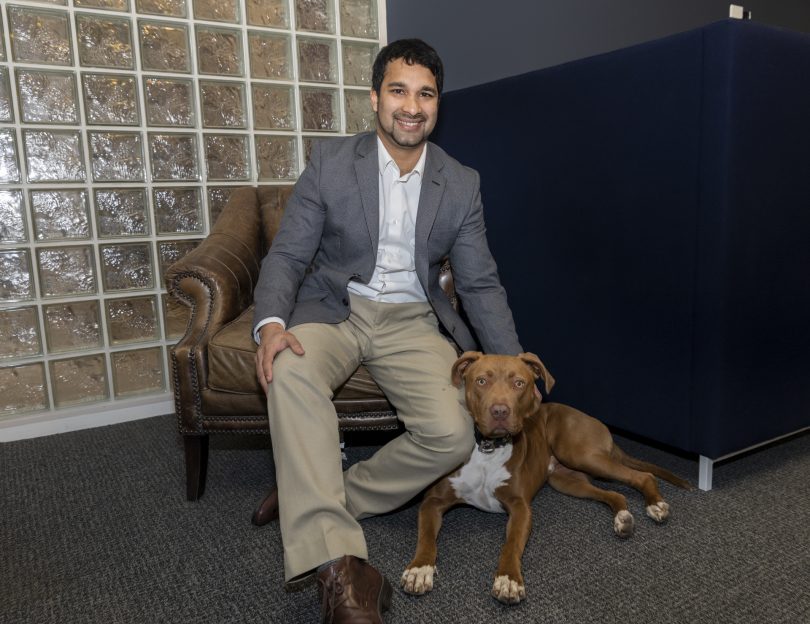 The firm has grown swiftly, becoming trusted advisors for clients who recognise that, above all, Rubik3 values people.

He says one million economists in the world forever looking at the macroeconomic environment could never have predicted how hard the COVID-19 pandemic has struck.

“We still don’t know what is going to happen during the next six months to the next three years,” he says. “Technology is changing rapidly and will continue to change. Strategic resourcing is important because we have got to stay current with technological trends that will help our clients, but we also have to be future focused.

“We want to grow because our values influence how we grow with purpose. With growth we can continue to help out; we can increase our support towards the community. We can evolve into becoming Canberra’s success story by setting the right example within the community and with our industry colleagues, and we can continue to set up others for success, which is one of our core principles at Rubik.”

Wonderful knowing and working with this amazing colleague 😊

Great article and a wonderful super special human being! Very blessed to know and work with Kirk! 💕

One of my best friends

Rick Robins - 12 minutes ago
Laurie Berry it's all ok, Canberra has a tram instead of basic services! View
Earthdog - 4 hours ago
Michael and Mark, depends if it was a Truffula tree because not everyone needs a thneed. Although it is very handy at Canberr... View
News 188

Terri Lee Gill - 32 minutes ago
Get over it you have had ample warnings and if you can’t control the pedal under your foot to abide by the law not only in... View
Richard Vlazlovski - 1 hour ago
Heading toward the social credit system just like in china . View
Chris Jones - 2 hours ago
Knowing our government they’d assess your home as part of your income to fine us more View
Food & Wine 2

Businesses advised: now’s the time to be pragmatic and proactive