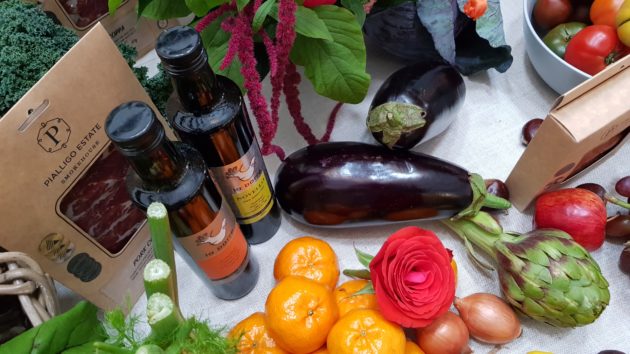 A South Australia freight handler is partnering with Canberra Airport to help regional produce reach the tables of Asia and the Middle East and continue the airport’s development as an export hub.

Pak Fresh Handling has a strong track record in its home state, working with Adelaide Airport to handle the export of 100 per cent of local South Australian perishable exports to Singapore, Hong Kong, Guangzhou, Kuala Lumpur, Dubai and Doha.

Now it is bringing that experience to the Canberra region, and offering its services to local producers, which it says are designed to “take the complexity ” out of exporting.

A new partnership is helping produce from the ACT and the surrounding region reach the tables of Asia and the Middle East, and the RiotACT was LIVE from the Vibe Hotel at Canberra Airport for the launch of the new initiative. Tim Benson spoke with Nathan Beven from Pak Fresh and Charlie Costello from Pialligo Estate about the exciting developments which will help local produce, meat, cheeses and wines make an impact on the world stage.

The timing could not be better with the recent launch of daily services to Singapore through Singapore Airlines, and to Dohar with Qatar Airways.

Canberra Airport managing director Stephen Byron told an event at the Vibe Hotel, attended by local producers, businesses and regional leaders, that the airport had been working to attract freight handlers who could help producers throughout the ACT, South Coast, Riverina and the Murray-Darling Basin, showcase their premium products and manage the export process.

The new partnership means local growers and producers can send their produce, meats, cheeses and wines to locations around the world using the carriers who fly in and out of Canberra Airport.

Mr Byron said the capital’s curfew-free airport was an entry and export port for the whole of the eastern seaboard.

“One of the most exciting things we do at this airport is to partner with entrepreneurial companies that see an opportunity and are prepared to get in and take a risk,” he said.

“They have the track record by doing it in South Australia and they have the relationships with the airlines that we want.”

He said Pak Fresh could be the “link from the goods on the table to the airlines and the restaurants and hotels of the world”. 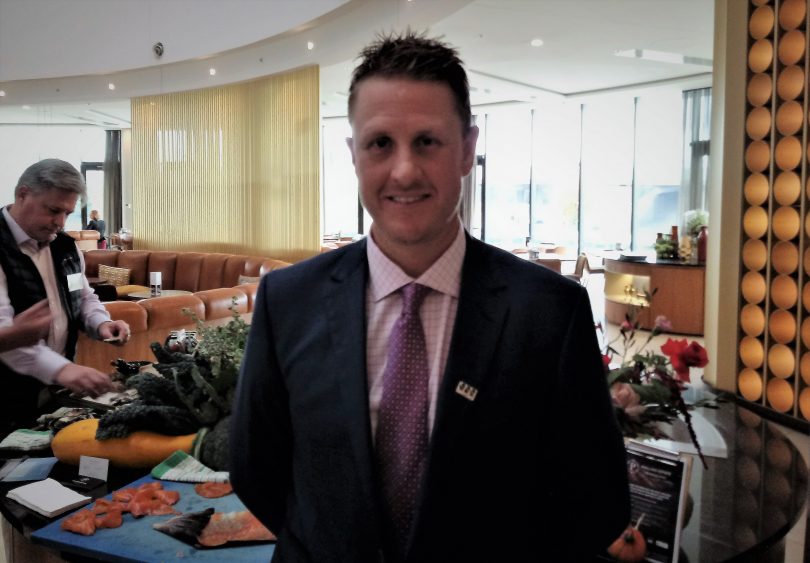 Pak Fresh joint owner Nathan Beven said there were a lot of synergies and similarities between Canberra and South Australia, especially its evolving food and wine culture.

Its geographical location between Sydney and Melbourne was strategically important and the region provided a huge amount of opportunity.

Mr Beven said the company was here to help, and that it was passionate about the region and working with primary producers.

“There is nothing better than working with a mum and dad on the farm, or someone anywhere else, big or small, and being part of the evolution of getting it out of the ground into consumer packaging, finding a market and then exporting it, and then seeing it go from 100 kilograms a week to a tonne a week,” he said.

“Some of the smallest clients we supported 10 years ago are now our biggest clients.”

He said Pak Fresh specialised in rural and regional trade and, together with Canberra Airport, the company hoped to establish a long-term partnership for regional and economic development and growth.

“This region has great products, outstanding primary producers and freight forwarders along with a strong hub in Canberra Airport. Together we will get the best food from the region on plates around the world and build the region’s global profile to match the quality of the products,” Mr Beven said.

One local business seeing the opportunities is Pialligo Estate, which is already exporting its smokehouse products, salmon and awarding winning bacon, to Singapore but realises that Pak Fresh could do it a lot better than it can. 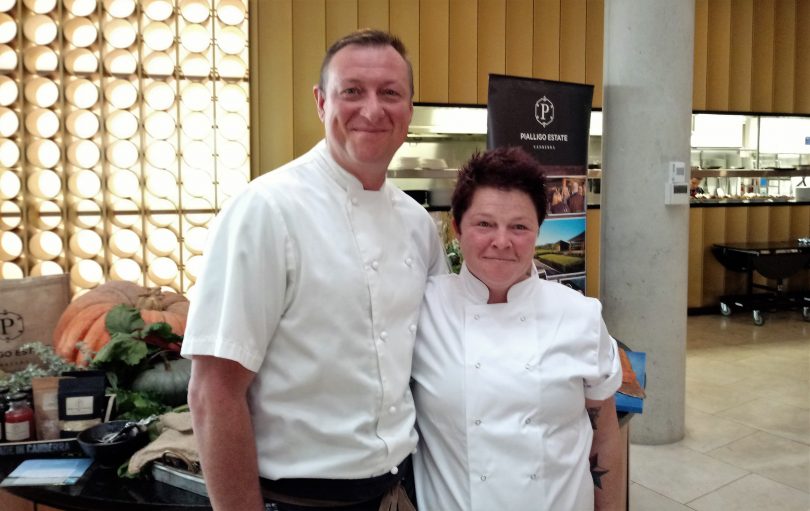 General Manager Charlie Costello said the new airlines had come on board but there had not been a freight forwarder and handling facility in Canberra.

“We’ve been exporting directly ourselves but these guys are experts so they should be able to do it a lot more efficiently than us,” he said.

“This helps you get there more quickly, it helps you have confidence in the process.”

It would also provide opportunities for expansion, such as to the Middle East.

“We have a few projects up our sleeve we are working on for that market,” Mr Costello said.

chewy14 - 20 minutes ago
The Federal Government has paid out hundreds of billions of dollars of support payments throughout the pandemic so to claim t... View
Opinion 64

nobody - 51 minutes ago
Yes, it can be a struggle to go from renting to buying, a really large hurdle for many, and still better than renting in the... View
phydeaux - 1 hour ago
Agree, chewy. Perhaps it is not a warm concern for the availability of rental properties that drives some investors but a fea... View
JS9 - 2 hours ago
In what world should a tenant have to provide a reason to leave? If they break during a fixed term contract they have require... View
News 1

chewy14 - 57 minutes ago
Once again the ACT government has been forced kicking and screaming into doing something they should have always been doing i... View
News 1

Brianna - 58 minutes ago
This is going to be a disaster for so many vulnerable people who live in the city and it's closer surrounds. I know for a fac... View
Business 10

Jaffa Groube - 2 hours ago
The govt has not made a case for lowering the speed in the first place and to do so on major thoroughfares like North borne A... View
jcjordan - 3 hours ago
Given the complete lack of care in the majority of drivers because they know that the likelihood of them being caught speedin... View
Steve Aust - 4 hours ago
Just avoid the CBD. Easy. View
News 41

@The_RiotACT @The_RiotACT
The #ACT - and all states and territories - desperately need help with soaring pandemic #health costs, says Member for Canberra @AliciaPayneMP. Why won't the #PM come to the party? https://t.co/1fKDHkCUKS (16 minutes ago)

@The_RiotACT @The_RiotACT
The ACT has recorded 24 new #cases of COVID-19 in the past 24 hours. There are currently 18 patients in ACT #hospitals with #COVID, including 10 in intensive care https://t.co/lw638QcjVh (22 minutes ago)