Santas enjoying what’s on offer around Batemans Bay in a video that was captured by Torchlight Media and its founder Isabel Darling. Image: YouTube.

A new promotional video showing a group of Santas with a long list of activities to tick off around Batemans Bay as they travel the region before Christmas is part of a push by local businesses to make the most of this holiday season.

From tasting an oyster and meeting giraffes at the Mogo Wildlife Park, to trying a spot of fishing and jumping into an exciting jet boat ride, the Santas do it all.

The short film Batemans Bay Christmas – Santas are on their way by Torchlight Media’s Isabel Darling was produced by the Batemans Bay Business and Tourism Chamber.

Chamber president David Maclachlan was excited to bring some Christmas joy to the community in this unforgettable way, especially given the challenges of the past two years where bushfires and COVID-19 decimated the crucial summer holiday period.

“Our community has a lot of heart, and we have banded together for these couple of years to recover,” he said.

Mr Maclachlan said while tourism promotion was part of the motivation for the video, as “tourism is the life-blood of the South Coast”, it was also about showing local pride.

“It’s massive, people love it,” he said. “It’s surprising how moved people were.”

While Mr Maclachlan said the coming holiday season was looking good for Batemans Bay, the impacts of the COVID-19 pandemic were still being felt.

“It’s looking great, but it’s not all peaches and cream,” he said.

He said there was a “massive migration” out of hospitality over the pandemic and so, while places were open, some had limited hours as they didn’t have enough staff. Also, he said the supply of linen was an issue, posing particular problems for the accommodation industry.

“Good luck getting linen on the South Coast at the moment,” he said.

However, Mr Maclachlan said visitation numbers were through the roof and a lot of new shops or businesses had recently opened which was fantastic for the area, including two new cocktail bars.

He wished everyone a merry Christmas and encouraged visitors to come to the town over the holidays, saying it was not a long drive from Canberra.

“It’s just a scenic drive down the hill.” 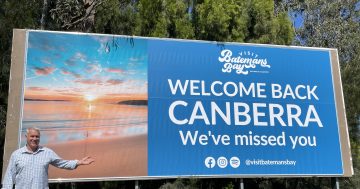 Surrounding region opened its arms to returning Canberrans on the weekend 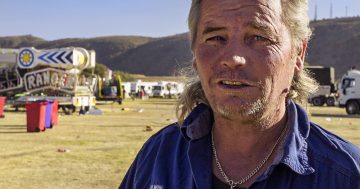 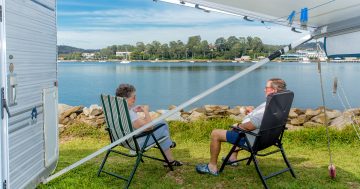 With holiday bookings down, Canberrans could make or break summer in Eurobodalla 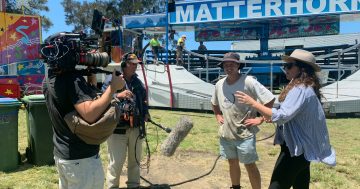