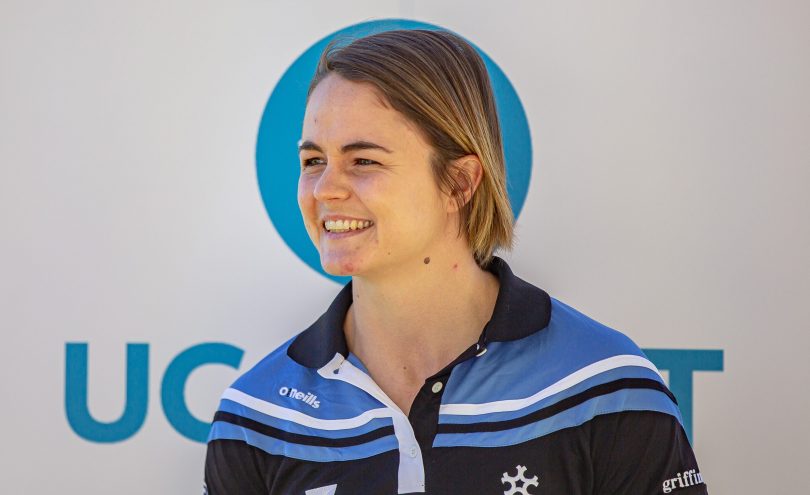 The rugby sevens speedster is hoping to push herself back into selection talks ahead of the 2020 summer Olympics. Photos: George Tsotsos.

Gone are the days of Rachel Crothers struggling to balance full-time work, full-time study for her psychology degree and her pursuit of Olympic selection after she was announced as a recipient of a University of Canberra sports scholarship.

A wave of relief washed over the Brumbies Super W fullback as she was named one of ten UC students to receive the Eldon and Anne Foote $10,000 sporting scholarships to help balance both her rugby career and tertiary education.

The former Australian women’s rugby sevens speedster is hoping to push herself back into selection talks ahead of the 2020 summer Olympics and said the money will not only help her back pocket and stress levels at uni but also allow her to have another crack at Olympic selection.

“I don’t know how people study full time and work full time, let alone trying to make Olympic selection,” Crothers said with a smile. “For me, it is a big relief to be able to spend more time on the field, in the gym and studying as well as trying to work. 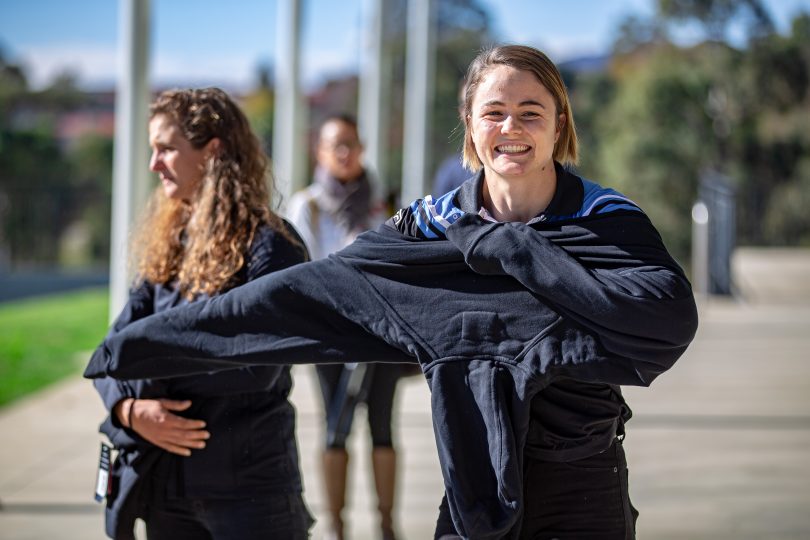 Crothers started playing seven in 2013 having come from a sprinting background.

“This year is the first year that I have managed to balance both and I can tell you that this is the happiest I have been and the most motivated I have been in all aspects of what I am doing.

“Given my age and history in rugby, this is sort of my last chance to have a crack at that Olympic selection so this is another motivating force to get back out there with the Australian team.”

For local shooter Thomas Ashmore, who spends most of his savings on ammunition, the scholarship is a welcome boost to his qualification in the Oceania Championships and for future Olympic Games.

“So far I have actually spent some of the scholarship on ammunition and flights for my selection in the Oceania Championships in November this year,” he said. “I currently work heavy hours at nights so I can come to uni or training the next morning. 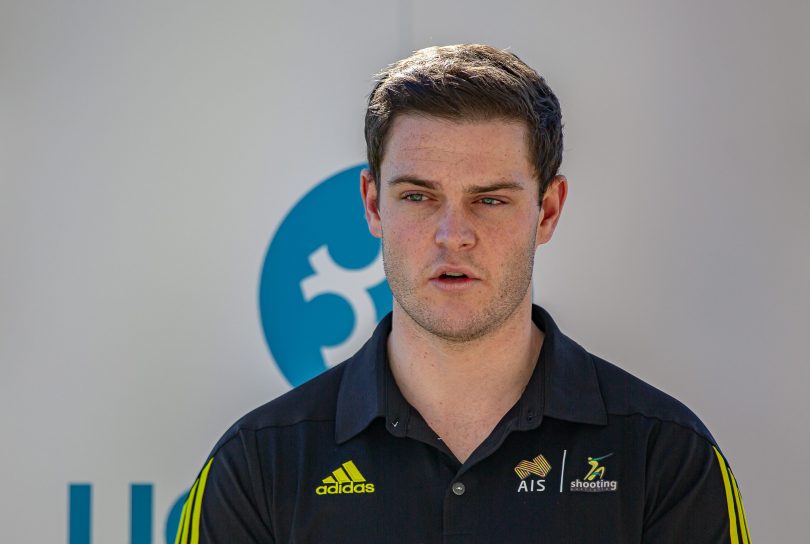 “It has definitely taken its toll but now having this scholarship will narrow my work hours.”

UC Sports Director Carrie Graff said the scholarship was not only meant to help their sporting pursuits but to highlight the importance of tertiary study and having a career outside sport.

“To be a student-athlete and receive a scholarship has a massive impact on their sporting and study options,” she said. “To have a degree behind you when you completed your career as an athlete helps you embark on your next career.

“You might have a career to your 50s or 60s in the one industry. For athletes, they are generally done by their 30s.

“Here at UC, we are keen to develop further about how many scholarships we can create for elite athletes.” 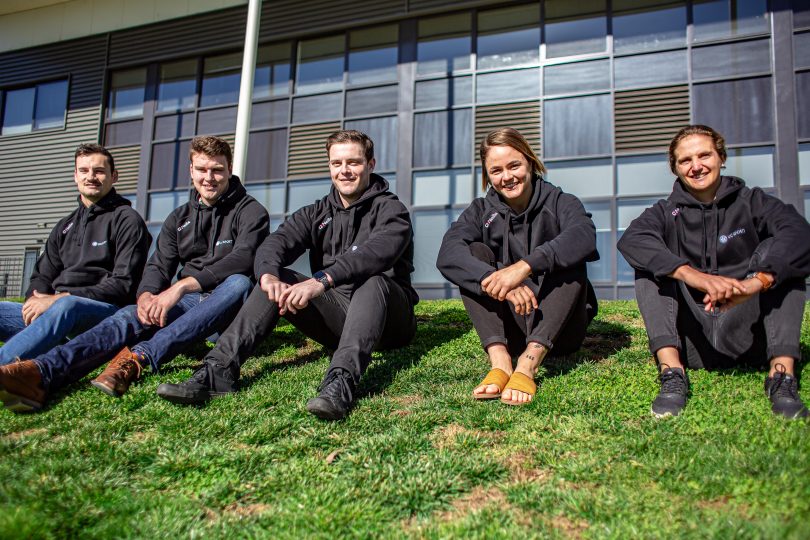 The ten recipients of the Eldon and Anne Foote sporting scholarships:

Demi Naylor - 7 hours ago
Well.. you know.. f they can afford a house or find one suitable to rent.. View
Julie Macklin - 8 hours ago
Marc Edwards That can made it worse for public transport. It's okay for those living nearby, but for people in other parts of... View
Kate Bee - 8 hours ago
Elizabeth Ann Thurbon I've been here 48 years and the crime rate is one of two significant excellorated changes in recent yea... View
Food & Wine 9

Marc Edwards - 10 hours ago
Maybe the Berra Party View
Paul Leins - 10 hours ago
Sure, just bet a former liberal will be a real check to his mates in the liberal party 🙄 View
Michael Ilsley - 11 hours ago
Glad to see him engaged in the community after the tragic loss of his son. View
Community 52

Ian Lindgren - 13 hours ago
These comments by the The ACT Minister for Industrial Relations and Workplace Safety Mick Gentleman mean that it’s time all... View
Kevin Hodder - 14 hours ago
How about a crack down on government agencies waisting tax payer funds, View
Property 35

rossau - 13 hours ago
Commandeering all land and rental property is no avenue to request the government to financially support the practice. Get ou... View
rossau - 13 hours ago
Julie Macklin, that's a great idea. The point is though, an owner has the option on upgrading on the gounds of comfort, cost... View
Opinion 69

A huge family home in Florey has sold at auction for $1.6 million, setting a record for the Belconnen suburb....
Opinion 71

It's no secret that I'm a huge fan of this city. Canberra has been my home for the better part...
Community 52

When I was a child, my family went to church every Sunday. We would have been outsiders if we didn't....
Best of Canberra 170

Whether you’re catering the next big family BBQ or preparing for a Sunday roast, any good home cook will know...
Opinion 69

It's no secret that I'm a huge fan of this city. Canberra has been my home for the better part...
Opinion 65

@The_RiotACT @The_RiotACT
The Canberra Hospital Expansion project start is within sight. Will it deliver the goods, and on time? https://t.co/VlDl3D7QxQ (14 minutes ago)

@The_RiotACT @The_RiotACT
Free and Live is a collaboration between @TheCIMF and Belco Arts that will bring a whole day of free musical performances to life on Saturday ... and you're invited! https://t.co/H04S7nwGXW (10 hours ago)

@The_RiotACT @The_RiotACT
#Canberra is really pulling out all the stops for the #MothersDay weekend with plenty going on - from markets to high tea and everything in between https://t.co/Yx77PrbgYS (11 hours ago)