Science and belief to collide on Smith’s stage 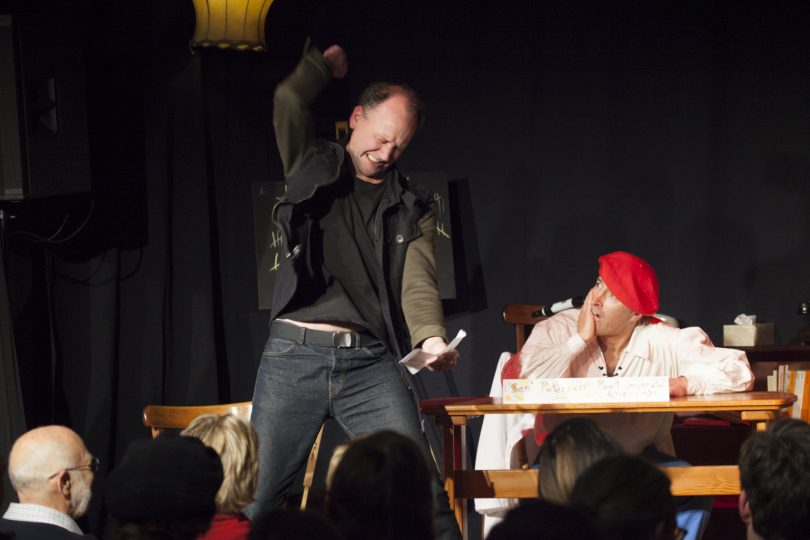 A scene from the The Poet’s Guide to Science, which will be staged at Smith’s Alternative on Friday. Photos: Supplied.

A play that tackles areas of scientific controversy and was a Science Week hit in August will be staged in the new performance space at Smith’s Alternative in Civic on Friday this week.

The Poet’s Guide to Science, written and directed by Michele Conyngham, explores controversies such as climate change, genetic modification and vaccination and asks the question – Who can we believe?

Three ANU scientists – each from research areas with some controversy – perform cameos in a comic play that tackles anti-science sentiment and helps the public understand how science works.

When Cy goes to his local GP to get a cure for that sadly too common complaint “loss of faith in science” there are several surprising results – not least the fact that the GP takes the case on. Can science and poetry live together in, as Goethe thinks possible, perfect harmony on a higher level as friends? The GP finds out they can.

Does Cy need to be cured at all? He finds out it’s not actually necessary. 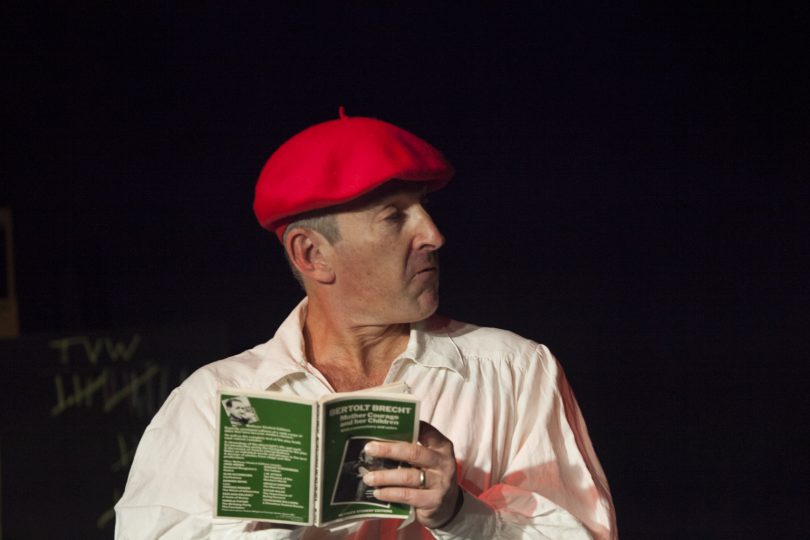 Climate scientist Dr Nerilie Abram from ANU Research School of Earth Sciences believes the play is an important and fun way to dispel some of the misunderstandings about scientific research.

“Science is a complex pursuit where we discover new things all the time – this play really gets to the heart of the myths around the way science works in a very approachable way,” Dr Abram said.

Dr Abram is one of three scientists from ANU who meet the characters of the play to have a discussion about the controversies in their area of research.

Dr Dielen thinks the way the play deals with faith and uncertainty is important.

“As a scientist, you learn that some things are certain, while other theories are still being debated. The play shows that an all-or-nothing approach to knowledge is problematic, although that can seem a more convenient approach to opinions,” she said.

The play was developed through a collaboration between actor/directors Michele Conyngham and Patrick Davies Trumper and science communicator Dr Phil Dooley from Phil Up On Science.

When public opinion and scientific opinion diverge on topics such as genetic modification, it’s a problem for society. The Poet’s Guide to Science takes on these topics with a different approach that goes deeper than just arguments about facts.

The Poet’s Guide to Science is on at Smiths Alternative, at 7 pm on Friday 21 September.