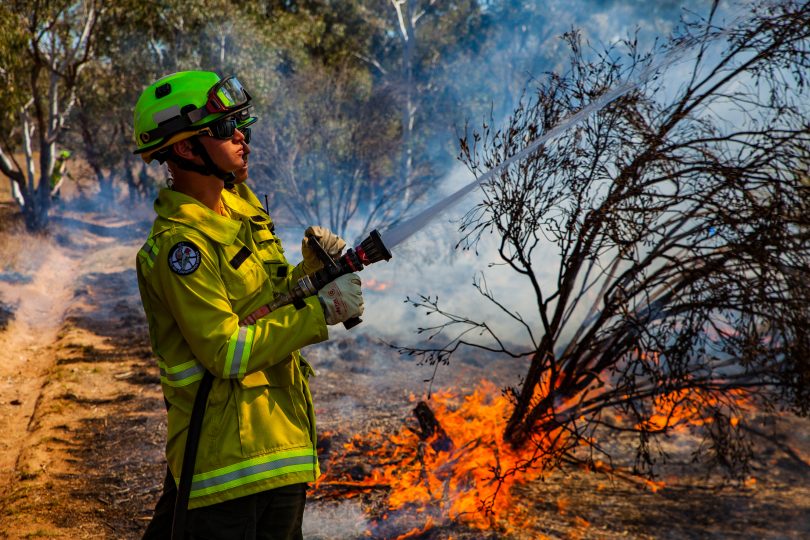 With conditions as bad as 2003 when Canberra’s west was laid waste by a disastrous firestorm, these new seasonal firefighters with the ACT Parks and Conservation Service will play a front-line role in preparing the ACT’s defences so when fire comes it can be stopped in its tracks.

The recruits, many of whom are backing up from last season, are now well into a month of intense training, including their first prescribed burn recently in Latham, before being thrown into the spring campaign.

It proved a key learning experience with a wind change adding an appropriate twist to the day’s training.

Recruit Ryan Pearce, 25, was a late call-up and is loving the camaraderie, outdoors and new skills he is learning after working as an excavator.

It’s a career change he hopes will endure past the seasonal contract, more than likely with Parks and Conservation now seeking to retain experienced people in what is becoming an all-year task.

Ryan finds the work challenging physically and intellectually, with the seasonals having to soak up a lot of information about fire behaviourworks, changing conditions, park flora and fauna and keeping safe, not to mention watching out for the odd snake.

The group is well balanced and includes a number of women. 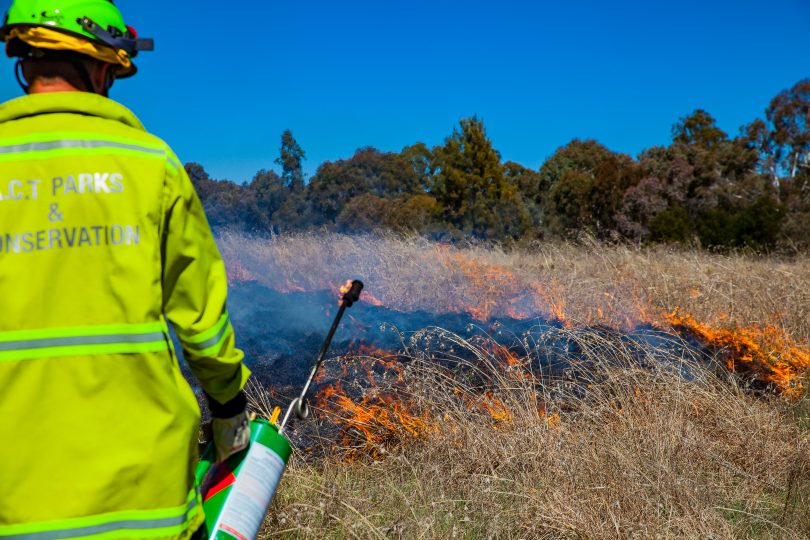 One the trainees keeps a close watch on the flames after lighting the burn.

Senior Manager PCS Fire Neil Cooper says their work is essentially defensive, ensuring that the ACT’s non-urban areas are able to cope with the inevitable outbreak of fire over the summer.

“If people have joined to just fight fires then they’ve joined the wrong organisation,” he says.

Their job, complementing the Service’s ongoing operations, is to reduce fuel and clear breaks through slashing and burning, as well as ensuring the network of fire trails and roads are open and not overgrown – an issue that emerged during the 2003 fires.

Mr Cooper says it is crucial that when a fire starts out in the bush or mountains that firefighters are able to gain access and extinguish it quickly before it can take hold.

With a hot, dry summer predicted after a winter with below average rainfall, the ACT’s seasonal firefighters are playing a front-line role in making sure any fires can be stopped in their tracks. ACT Parks and Conservation Service’s new seasonal recruits conducted their first prescribed burn in Latham recently to reduce the fuel load heading into the warmer weather. Click play below to see how our firefighters are bolstering the Territory’s defences and ensuring non-urban areas are able to cope when fires occur. 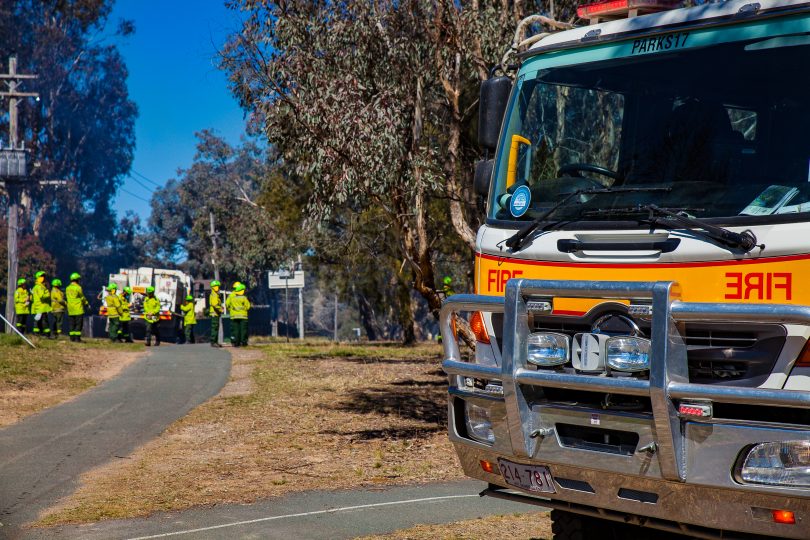 He says it’s dry out there, which precludes burning in some areas, and like everywhere he is hoping for decent rain to make the job easier and lessen the risk.

And it’s not just a matter of slash and burn, with the PCS having a duty of care to the environment it serves and needing to be strategic in what it does so species and habitat can be preserved.

Mr Cooper says PCS is continually looking at innovation to safeguard the ACT’s open spaces and in turn the urban fringe, with drones expected to increasingly play a part in the future.

But the main game is on the ground and groups such as the new intake carry a great responsibility for the ACT’s nature parks and Namadgi National Park, as well as the community. 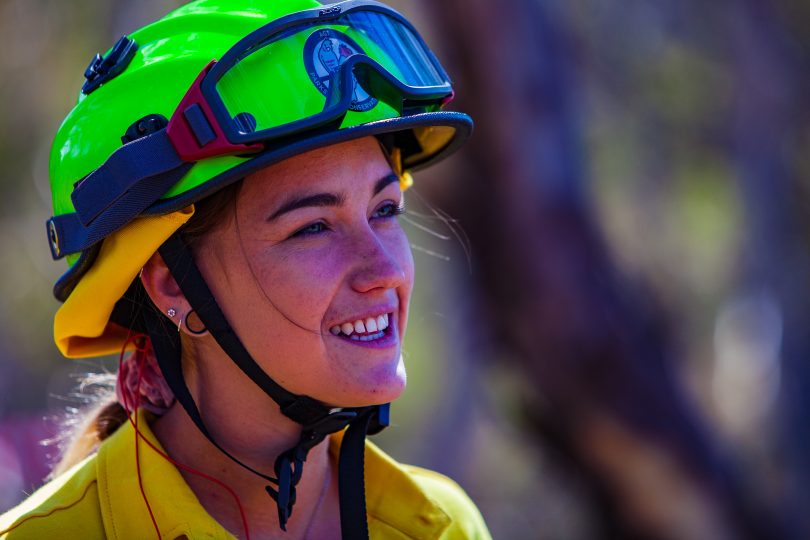 Isobel Tongs is one of seven women in the group.

It’s something Ryan has embraced, saying being of service to the community is very rewarding and already bringing him great satisfaction. No doubt he and his colleagues will be tested soon.

Already the fire season has been brought forward with the weather forecast predicting drier and warmer conditions than average after a year marked by drought.

For Mr Cooper, it’s not if but when.

“That’s the reality,” he says, something residents in bushfire-prone areas need to understand and act on by activating their bushfire plans and preparing their properties.

Kari James - 14 minutes ago
I would find this job incredibly difficult and stressful - great work to the team! View
Natalie Griffiths - 30 minutes ago
I spoke to them yesterday and they lady I spoke to was amazing and had a laugh with me. Well done to them all View
Suzanne Tunks - 40 minutes ago
Mark Scarborough well that should be fine but always wise to read up on it first or give the hotline a call 😊 View
Business 2

Penelope Rose - 17 minutes ago
No money means can't pay rent, mortgage, electricity, etc, no food. Homelessness isn't something anyone wants. Business peopl... View
Sher Bee - 3 hours ago
Temporary benefits for the fully vaccinated would be a nice step. As key percentages are reached the benefits can be expanded... View
Business 107

@The_RiotACT @The_RiotACT
Dreaming of a wilderness adventure? The next fundraiser for Project Independence is a hike in Tasmania's iconic Cradle Mountain in 2022. The funds will provide more homes for people with intellectual disabilities, empowering them to live independently https://t.co/Nsz7uxYBv9 (3 hours ago)