Senator Zed Seselja on how the Coalition has delivered for Canberra 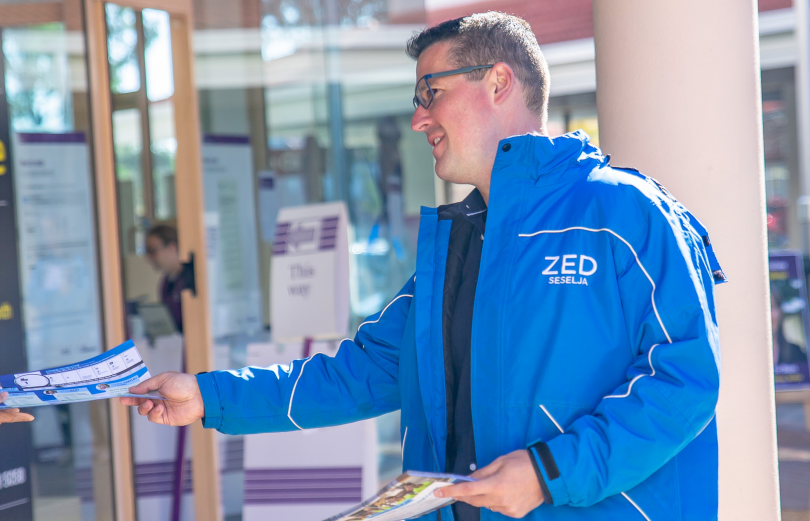 This Saturday, all Australians have an important choice to make when they vote in the Federal election.

It is a choice between Scott Morrison as Prime Minister, delivering a stronger economy that guarantees the services we rely on, or a weaker economy and higher taxes under Bill Shorten and Labor.

Canberrans have already been hit by massive rates rises and under Bill Shorten, the cost of living will skyrocket.

In contrast, in the last five and a half years, the Liberal-National Government has delivered for Canberra:

We have achieved this while delivering immediate tax relief for 200,000 Canberrans, which will increase to more than $2,000 a year for the average Canberra household, record funding for schools, and tax relief for 14,000 small and medium businesses in the ACT.

The Liberal-National Government has added more than 2,000 new life-changing medicines worth more than $10 billion to the Pharmaceutical Benefits Scheme (PBS). This is in stark contrast to Labor.

In 2011, Labor ran out of money and delayed the listing of life-saving medicines to the PBS, noting “the listing of some medicines would be deferred until fiscal circumstances permit” in their 2011-12 Portfolio Budget Statements.

Bill Shorten and his Labor Government will increase taxes – on your rent, your home, your car, your electricity, and your retirement.

Under Labor, rents across Canberra will increase up to $56 a week, the value of the family home will drop around $65,000, and 15,000 Canberra retirees will have $1,800 a year ripped from their pockets.

Meanwhile, the Morrison Government has a plan to keep our economy strong, so we can:

This Saturday, Canberrans have a choice to vote for a Morrison Government that delivers for our health system, secures lifesaving medications on the PBS, and guarantees the essential services we all rely on, or to vote for Bill Shorten and his plan for higher taxes.

Disclaimer: The views and opinions expressed in this article are those of the author and do not reflect the position of Region Media.

Zed appears to have manipulated his answers (ie lied) to vote information websites like Smart Vote to give himself a more middle-ground appeal. His responses to questions include that he supports Same Sex Marriage and the current arrangements around abortion. His performance proves otherwise.

He even wants us to pay for the privilege 😣

You have never lived a disadvantaged life. You have no right that every-time you are asked a question about LNP policies you rebut with commenting about Labor. Hold your own fortress and speak your own policies and stop your excessive negative campaigning.

Again. Zed is the LAST letter in the alphabet.

What strong econommy?! Everybody is struggling to pay their bills. Add to this hospitals, schools, roads, environment, medicare, etcetcetc need some major government money spent on them NOW.

I thought it was Dutton though Zed? Isnt that why you helped knife Malcolm?

So glad that he and the coalition delivered with a last moment (hoping that no one would notice) $1.5B reduction in funding to the APS that will result in hundreds more Canberrans losing their jobs if they are re- elected.

Zed is so full of himself that he thinks Canberrans are stupid - that we believe anything HE says! Wake up Zed, you are SO yesterday!!!

Get rid of him, don't vote for him a.k.a Peter Dutton's right hand man, classic traitor!!!

Zed Zero Zilch chance of me voting for this nong.

Why tell lies??? You must realise it is NOT true.

Bye Zed. Last on my paper because you don’t represent Canberra’s people who trusted you.

That needs a fact check.

Zed was last on my ballots. Canberra does not need him inflicted on us anymore.

And Zed....giving you money for jam to play lap dog to the Liberal Right Conservstives (let's face it, you don't have the brains to think or for yourself or come up with an original thought).and bury your snout deeper in the trough.

The most self-serving politician in Canberra. #dumpzed

What drugs are Zed on?

I'm not going to tell people not to vote Liberals in the Senate if that's where their research and conscience has led them.

What I *will* ask is that if you *are* going to vote Libs, vote below the line and don't give Zed a run. I'm sure there are good Liberal candidates more deserving of your vote who will actually do their job in reflecting the wants and needs of the ACT in Parliament rather than ignoring the results of a survey he helped call for, and voting against proposals that would allow the Territory more rights in the way it governs itself.

Zed needs reminding that he is not in the Senate to represent his own interests and opinions, but rather those of his constituents.

Robyn Baer - 45 minutes ago
Drove back today. LOTS of potholes due to the rain. View
Jenny Drenkhahn - 7 hours ago
not to mention changes further South in the Bega Valley Shire; rebuilding in Cobargo and Tathra, Twyford Hall in Merimbula ;... View
Lifestyle 9

Doug Jackson - 57 minutes ago
Really bad plan. If you need a fence then you may not be paying appropriate attention to your child. Even with a gate somebod... View
Cary Elliot Johnson - 5 hours ago
Claire Lee Koo because its a democracy with varying opinions on an open column. View
Elizabeth Jones - 5 hours ago
I saw the petition but it wasn't clear it was supposed to be a few fenced playgrounds per region. I know being in an older pa... View
Opinion 67

@the_riotact @The_RiotACT
They may not be haute cuisine, but #local cookbooks are full of treasured family #recipes for everything from apple cake to homemade Irish liqueur. What's on your shelves? https://t.co/nHni3nSBrk (56 minutes ago)