Seven things to do around Canberra this weekend (24–26 March) 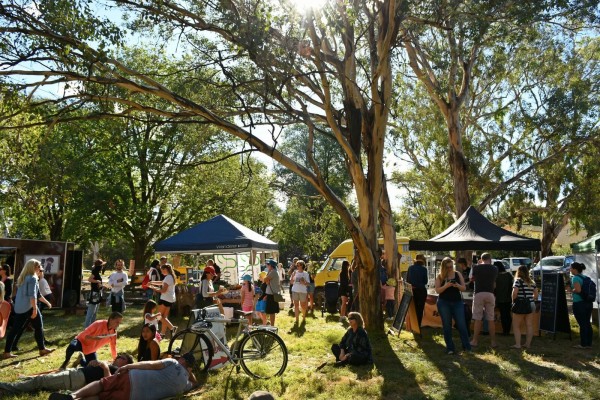 It is Comedy Festival week in Canberra and there are plenty of comedy shows on to check out—the big comedy stars, local talent, and the up-and-comers. Then after seeing a show head to the Festival Club and keep laughing until late into the night. There are other festivals on too—Smith’s Alternative is hosting an Afro-Latin festival and the Canberra Environment Centre is celebrating local, organic, gourmet food at its Canberra Harvest Festival. The Brumbies are playing the Highlanders at the GIO Stadium on Saturday (kick-off at 7:45pm), the model railway enthusiasts will be showing their models at the Canberra Model Railway Expo, and the Greenway Open Air cinema is showing the movie Avengers: Age of Ultron. Plenty of ways to enjoy these balmy autumn days.

Canberra Comedy Festival
Where: Canberra Theatre, Civic Pub, Street Theatre, Novotel & ANU School of Music.
When: Thurs 7pm–late, Fri 6pm–late, Sat 5pm–late
If you haven’t caught a comedy show yet, you only have three days left to do so. Here’s the low-down on who to see. Big-name Australian comedy stars: Dave Hughes, Nick Cody, Luke Heggie, The Stevenson Experience, Tommy Little and Hannah Gadsby. Local comedians: Ian Worst & Sean Morgan in their show Mutual Split; six of Canberra’s funniest female comedians in a show called Girls can’t take a joke—their Wednesday show sold out, so the girls are doing another show, Friday 6pm at the Courtyard Studio; and Andrew and Danny Bensley with Anthony Tomic in their show, Three Men and a Baby. And up-and-coming comedians you can say you saw before they were big: Damien Power, Daniel Sloss, and Ivan Aristaguieta, a comedian who recently moved to Australia from Venezuela and is delighting in making observations about such Australian cultural rituals as the Bunnings sausage sizzle. All Comedy Festival venues have a bar, so arrive early to grab a drink before the show starts. And save your ticket because you can use it to get priority entry into the Festival Club (Courtyard Studio, from 10pm) that night for FREE. Otherwise entry is $10, check the website, Facebook, and Twitter for line-ups. Also, it seems that the Uni Pub is currently closed for renovations so all shows due to play there have been relocated to the ANU School of Music. 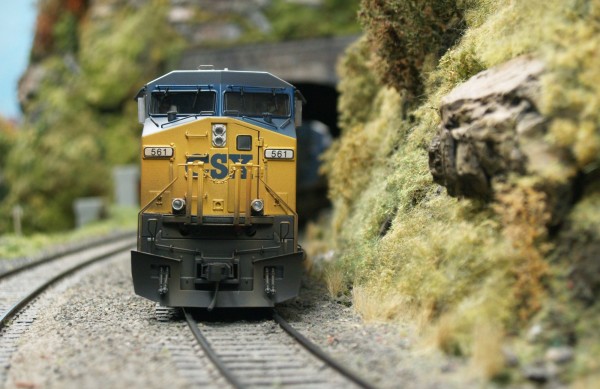 Laneway! Streetfood! Party!
Where: Bible Lane, Civic
When: 5pm–late
Laneway! Streetfood! Party! is a Good Food Month event that celebrates street food, beer, inner-city lanes and exclamation marks! Tickets are $50 and include four beers or ciders and food offerings such as Bovine and Swine’s BBQ beef brisket sandwiches, Chur Burger’s crispy pork belly sliders and What the Pho’s, Vietnamese Spring Rolls as well as musical entertainment. Sounds like a great way to wind down after work on Friday. Please note this is an over 18 event. 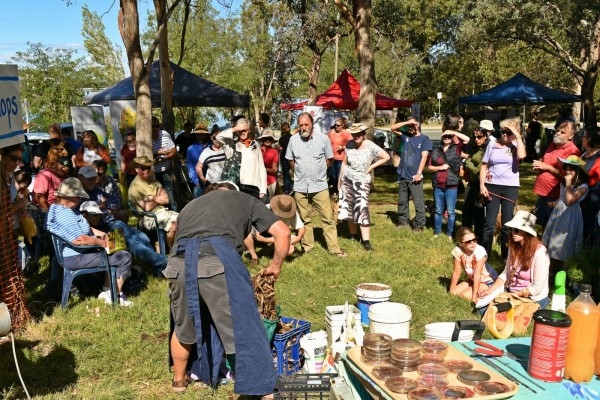 Canberra Harvest Festival
Where: Canberra Environment Centre (near the National Museum of Australia)
When: 2–6pm
Head to the Canberra Environment Centre this Saturday afternoon to indulge in gourmet, organic food made entirely from local produce, then wash it down with a local Canberra tipple while listening to live music. The Canberra Harvest Festival is a celebration of small-scale local producers and sustainable living. Local producers such as Bent Shed Produce, BurraBee farm, and Black Foo Farm will be there; you can also learn more about sustainable living, maintaining your bike, composting, farming worms and growing your own veggies at free workshops. There will be plenty of activities to keep the kids entertained, including the Kids Fruit and Vegetable Growing Competition. You can also pre-order a compost bin, straw bale and/or worm farm and pick it up on the day, email the Canberra Environment Centre to organise.

Greenway Open Air Cinema
Where: Corner of Rowland Rees Cresent and Athllon Drive, Greenway
When: Gates open at 6:30pm, movie begins at 7:30pm
Greenway Open Air Cinema is a free community event. It’s on this Saturday night and will be showing Avengers: Age of Ultron which came out a few years ago and is the sequel to The Avengers movie. There will be food available to purchase with CBR Brave, our local ice-hockey team, cooking a BBQ and Cafe 2 U serving coffee and cakes, or you can bring your own picnic. Please note, it’s an alcohol-free event. Gates will open at 6:30pm and the movie will start at 7:3opm. Head down, dressed in your best spandex and superhero cape.

Josh Earl – Oliver up a tree (Kids Show)
Where: Courtyard Studio
When: 11:30am & 1pm
If you want to take your kids to the Comedy Festival but don’t want to expose them to the filthy* minds and language of comedians, there are two family-friendly shows. On Saturday afternoon, the Street Theatre is hosting the Clean Comedy Spectacular, a line-up of comedians performing a PG version of their material. And on Sunday morning Josh Earl, host of Spicks and Specks and ABC ME’s Stand and Deliver, is doing a show—Oliver up a Tree—suitable for kids aged 5 and up, at the Courtyard Studio. The 1pm session has already sold out, but Josh is now doing another show at 11:30am.
*filthy, but of course very funny.

http://www.communityservices.act.gov.au/wac/community/connect-and-participate-expo The Bus Depot is full of Clubs and Societies Stalls: hundreds of enthusiasts wanting to help you discover new activities and interests

+1 for the Laneway Streetfood Party. Looking forward to the Churburger delights again after the Night Noodle Markets.