Shining a light on the history of the amazing Wombeyan Caves 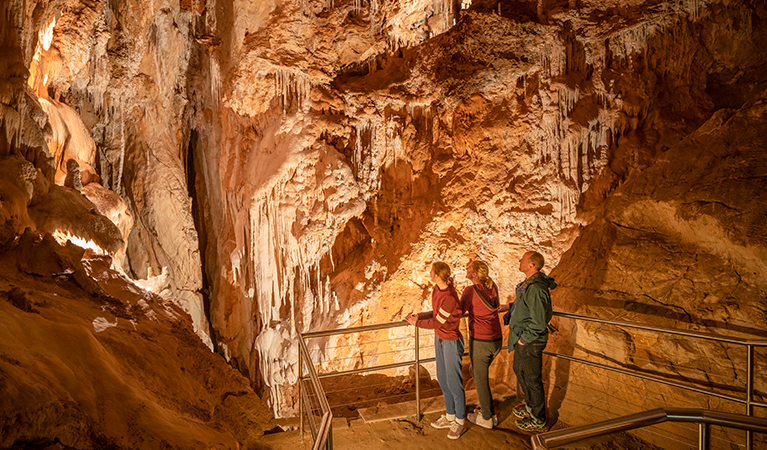 Imagine discovering a national treasure as the Chalker family did in the 1800s and 1900s.

Only a handful of people have been caretakers of Wombeyan Caves near Goulburn in the NSW Southern Tablelands and three of them were Charles Michael, Thomas Michael and Michael ‘Mick’ Chalker.

History tells us that a party led by NSW Surveyor-General John Oxley was the first to stumble across the limestone caves in 1828.

READ ALSO You muddy beauty: How Sydney entertainment A-listers built in the bush, brick by brick

While camping on the flat adjacent to Victoria Arch near the existing caves kiosk, their horses strayed away and while rounding them up Oxley and his party found the caves – although they never went inside.

However, Mick, the last caretaker who still lives at Wombeyan Caves, and his aunty Mary who has recorded the family’s history, remind us that the Aboriginal people of these lands knew about the caves long before the European settlers. Although they too never entered the caves believing spirits lived inside. 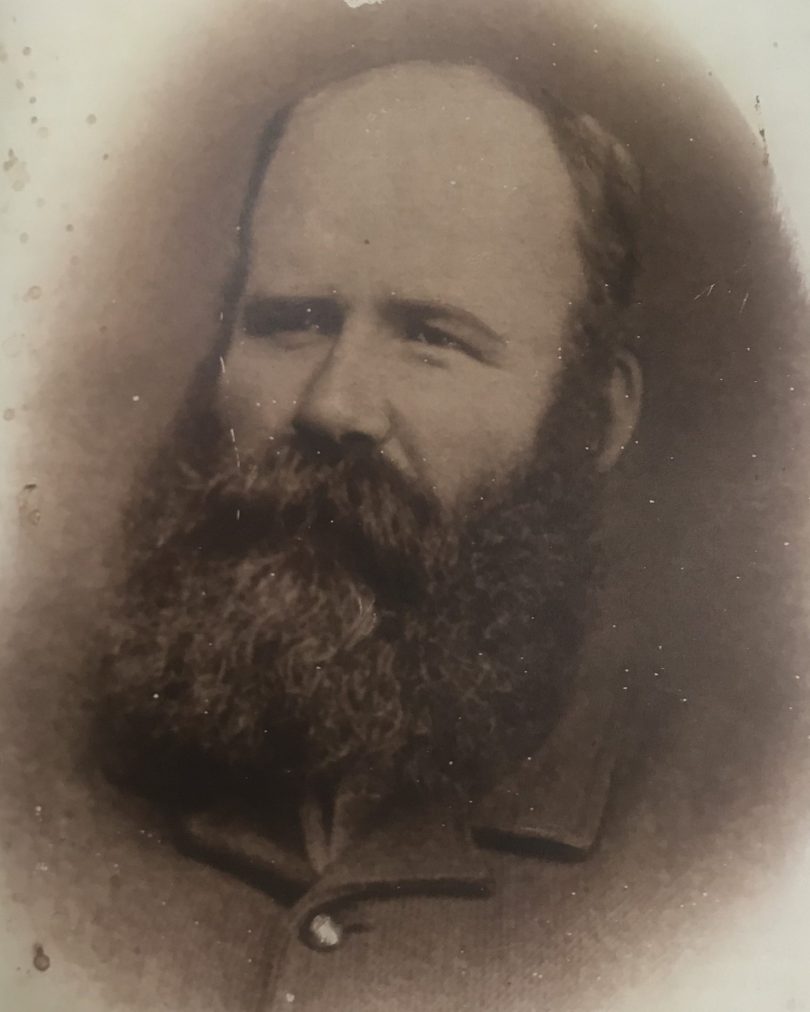 Charles Chalker was the caretaker of Wombeyan Caves from 1864-84. Photo: Taralga Historical Society.

The first recorded entry into the dark section of the caves was by Reverend Denning from Mittagong in 1842. It is believed he entered Fig Tree Cave – the first cave discovered at Wombeyan.

So how did the Chalker family become synonymous with the caves?

William Chalker, a convict from England, arrived on the same ship as explorer Charles Throsby and the first load of cattle to come to Australia in 1802.

That was until the famous John Macarthur came along and took control of the property, pushing William and his sons towards land nearer the caves.

To this day, the Chalker family is well-known in the nearby towns of Taralga and Crookwell.

The first caretaker of the caves was William’s grandson Charles Chalker who was appointed by the NSW Government in 1864.

He discovered, explored and investigated many of the caves, however it would have been a far cry from the caves we know today without pathways, electric lighting and handrails.

Instead, Charles and his step-brothers William and Thomas Michael would have accessed the caves on horseback and discovered what lay in darkness for thousands of years by candlelight and magnesium flares. The caves weren’t lit by electricity until 1928.

Charles opened Mulwaree, Fig Tree and Kooringa Caves to the public and the wattle that grows in the limestone country around Wombeyan, Acacia Walker, was named in recognition of his exploratory work. 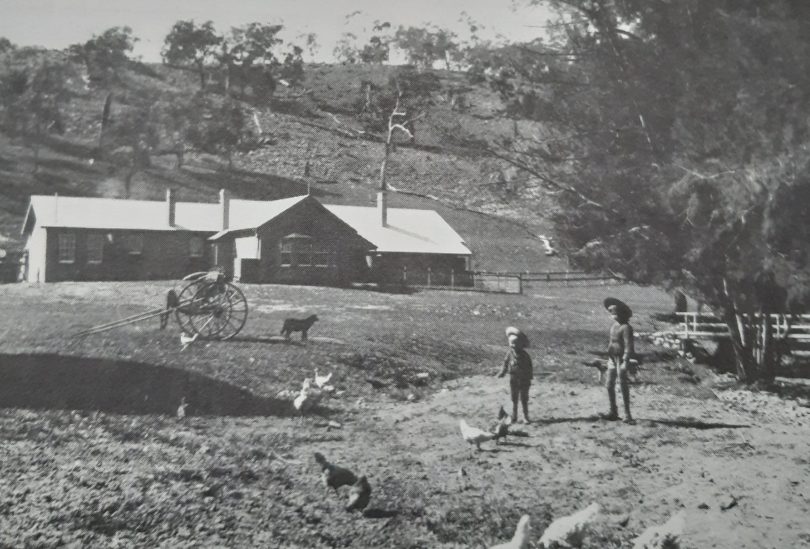 Wombeyan Caves House in 1900 before it was destroyed by fire in 1934. Photo: Taralga Historical Society.

Charles retired in 1884 and his step-brother Thomas Michael took over as caretaker in 1885. Many more caves opened under Thomas including the Wollondilly, Junction, Guineacor and Bullio Caves.

In 1900, an accommodation house – Caves House, was built in front of the current caves office, although it was completely destroyed by fire in 1934 and never rebuilt.

Mick says there were few tourism destinations back then and the house was built to encourage people to leave the cities and enjoy a “holiday in comfort” in the country.

The family recalls another Michael Chalker who lived at Wombeyan when the house existed and played the bagpipes, although no one knows how or why.

According to Mick, he’d play the bagpipes up and down the house each morning, but when asked why he did so wearing socks he’d say: ‘So as not to wake the guests’. 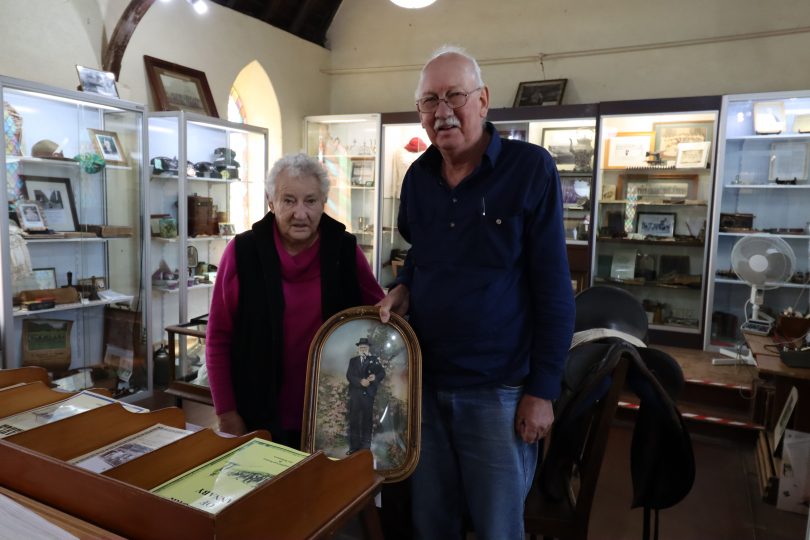 Mick became the manager in 1981, although he had been working at the caves in maintenance and as a guide since 1969. The first caretaker, Charles, is Mick’s great uncle.

There were many and varied changes under Mick.

During the Regional Employment Development Scheme under the Whitlam Government a number of people were employed at the caves so they set about building dormitory accommodation, seven to eight kilometres of walking trails and upgrading the caravan park.

Mick retired in 2008 and today the caves are managed by NSW National Parks but have been closed since the 2019/20 Black Summer bushfires.

Work is under way to repair the access roads to the caves so visitors can once again return to this popular attraction.

But for the moment, history will record this as the only time the caves have been closed having even remained open even throughout the war years.

Gavin Olivia Alicia – when are we making this happen?

Scott Laura one of our favourite places lol.

And yep.. I believe spirits abound there.