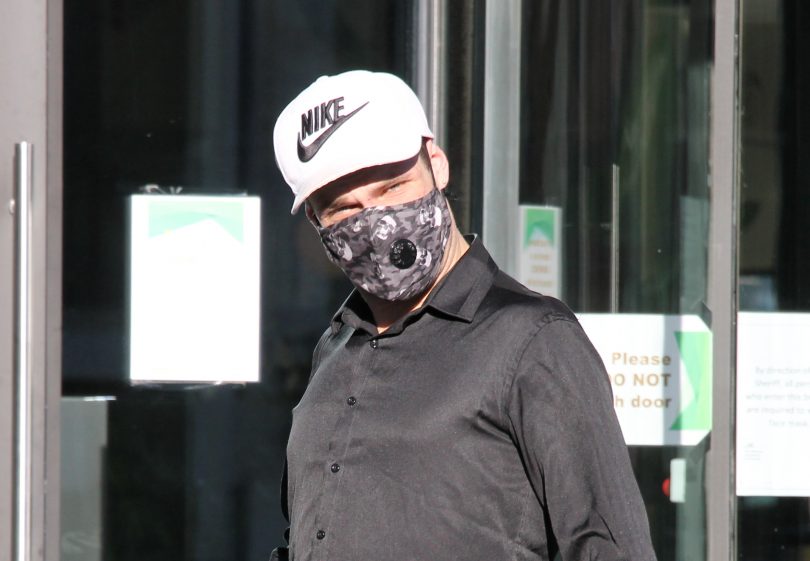 UPDATE, January 2022: Brendan Darryl Girdler, 25, avoided any extra jail time when he was sentenced for an assault that occurred in December 2020.

In the ACT Magistrates Court on Wednesday (19 January), his Legal Aid lawyer, Mr Chen, said his client thought his mental health issues were “precipitated” by a jaw issue.

Whatever the cause of the issues, he said, Girdler was receiving treatment and had taken the right steps to rehabilitation.

Magistrate Glenn Theakston said the assault was “bizarre” enough to cause him concern so he had referred Girdler to ACAT for a mental treatment assessment.

A mental health report’s author suggested the assault was related to delusions or hallucinations at the time. ACAT made a psychiatric treatment order for six months.

8 July 2021: A Canberra man will be sentenced later this year over a surprise assault on his housemate outside their home.

Court documents show the attack took place at about 4:45 pm on 20 December 2020. That afternoon, Brendan Darryl Girdler’s housemate was standing on the front patio of their Macgregor sharehouse while on the phone with his wife.

Girdler, 25, was shirtless and wearing only shorts when he left the garage and approached the man, whom he had known for about two months.

Police said that “without warning or provocation”, Girdler began assaulting his victim, hitting him in the face, neck and torso with closed fists.

The man pleaded with him to stop, saying, “What for, brother?”

But Girdler paid no attention to his cries and continued to punch him, causing his victim to bleed from his nose.

“[The victim] said he felt scared and described the defendant as being very angry and kept trying to hit him with closed fists,” police said.

Hearing the commotion, another person inside the house came outside and saw the assault, saying there was “blood everywhere”, including on the victim and the patio floor. He called Triple Zero.

After Girdler left, a woman arrived at the house and saw the victim sitting on the front steps with an “obvious” broken nose. He was incoherent but told her, “Brendan attacked me”.

The man was taken to Canberra Hospital and when police spoke to him that night they saw his nose was “displaced”.

Girdler was arrested that night. He was granted bail in March 2021 after spending 88 days in custody.

He appeared in the ACT Magistrates Court on Wednesday (7 July) after pleading guilty to a charge of assault.

Magistrate Glenn Theakston asked him if he would participate in a pre-sentencing report and see a forensic psychiatrist. Girdler said he would.

Magistrate Theakston ordered the report and said Girdler’s bail would continue when adjourning the matter for sentencing to 3 August.

“Magistrate Glenn Theakston asked him if he would participate in a pre-sentencing report and see a forensic psychiatrist. Girdler said he would”.