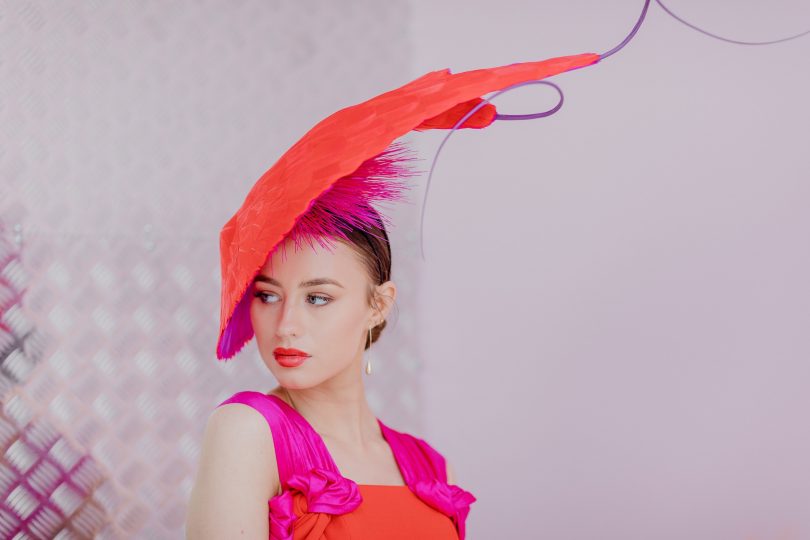 Cynthia Jones-Bryson has been ahead of her field for quite some time. She’s made hats for the former Governor-General of Australia, Dame Quentin Bryce, and last week, won the Myer Fashions on the Field Millinery Award at the Melbourne Cup Carnival for 2019.

Ms Jones-Bryson works from her home at Jerrabomberra and told Region Media the award on Oaks Day in Melbourne was the epitome for milliners in Australia. But it’s not the first time she’s won the prestigious award. She won in 2015 and placed in the top 10 in 2017 and 2018.

“The award was actually made specifically for milliners, so every milliner wants to win it – it’s the top award for us in Australia,” Ms Jones-Bryson said.

“I’m so excited to have won this award. It is nice to see the time and thought put into my pieces recognised by others on such a large scale.”

Her winning hat at this year’s Melbourne Cup carnival was inspired by the colours from Robert Palmer’s video clip for the iconic 80s song Simply Irresistible, which features models dressed in red, pink and purple slim dresses with hot-red lips.

The masterpiece took about 60 hours to make.

The hat has a unique shape, bold colours and detail that pops. The hat towers high, sitting to the side of the wearer’s head.

“I was playing with different shapes when I settled on the final design of this piece,” she said.

“I wanted a very feminine shape with organic, fluid lines and the final piece achieves that while also looking very unique.

“The colours from the Robert Palmer video clip with those gorgeous women in their slinky dresses with the pop of red and hot pink really set it off. It really was simply irresistible,” she said.

After submitting a portfolio of her work, Ms Jones-Bryson’s piece was selected from around 70 entrants to participate in judging on Oaks Day. She was also able to attend to see the models parade her prized hat. 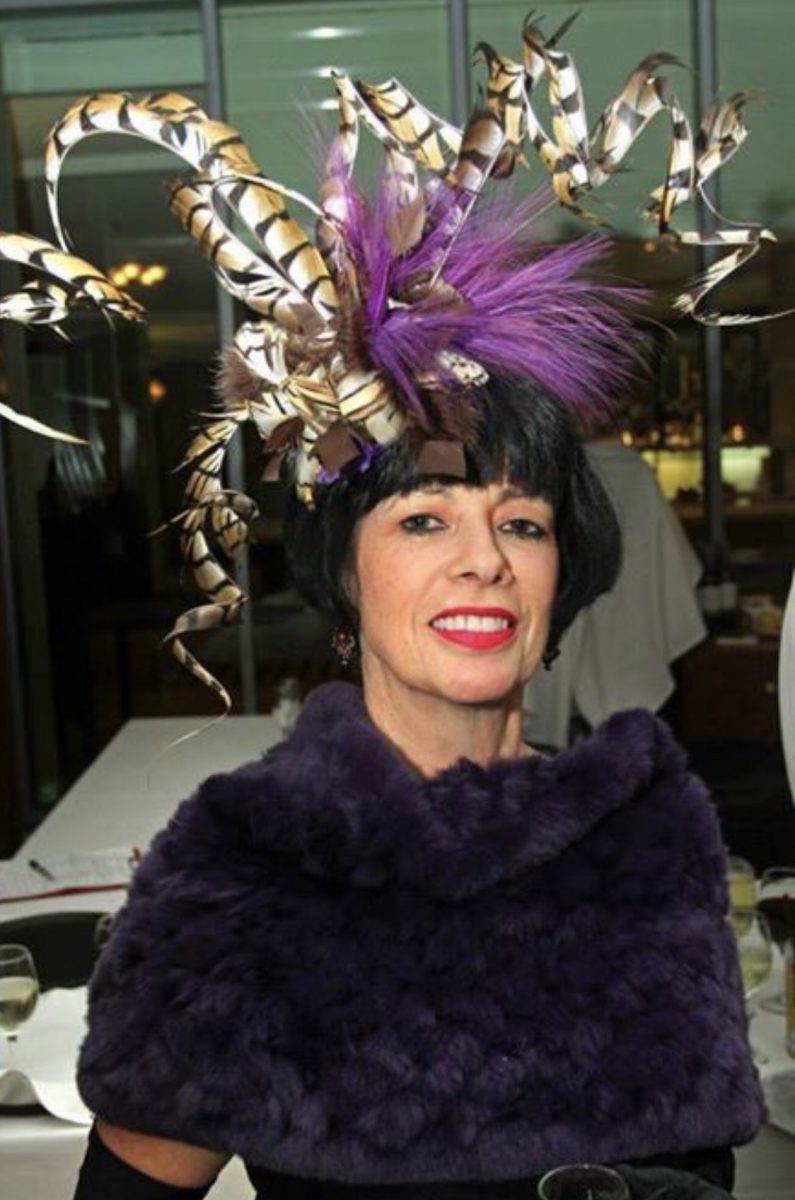 Ms Jones-Bryson said the inspiration for her pieces are drawn from everywhere, with past collections using songs, as well as inspirational women, popular culture and organic shapes that she sees around her.

Ms Jones-Bryson makes her custom pieces from her home studio in Jerrabomberra and takes pride in creating wearable art. None of her pieces are identical and clients can consult with her if they want to match a specific dress or have a piece made to their specifications.

However, she says getting recognition for one of her pieces is always nice.

“While the awards are not what I do it for, it is always wonderful to get a commendation for the countless hours of experimentation and design,” she said.

“I just do it because I love it and I love creating things that are very feminine. To me, it’s my art and it’s my way of expressing myself, so I’m not in it for the commercial value because I actually don’t make any money out of getting an award.”

Three of her pieces were also featured in Harper’s Bazaar October edition, while further pieces will appear in the January edition.

Ms Jones-Bryson has been designing and making award-winning millinery for the last 16 years. She studied fashion and design at Canberra Institute of Technology, with millinery as one of her chosen subjects.

Needless to say, she excelled and fell in love with the craft. She went to live in London for several years where she undertook a number of theatrical millinery courses that furthered her love for all things headwear.

Ms Jones-Bryson has since made hats for Dame Quentin Bryce during her time as Governor-General of Australia.

“She was a great person to work with. She was a very unassuming person which was lovely,” said Ms Jones-Bryson.

You can see more of Ms Jones-Bryson’s millinery moments on her website.

Superb work. For next year I hope there will be #nuptothecup millinery too!

Congratulations Cynthia! You are so clever, creative and amazing!👏👏👏👏👏

Jayne you need to expand :)