Six things to do around Canberra this weekend (16–18 March) 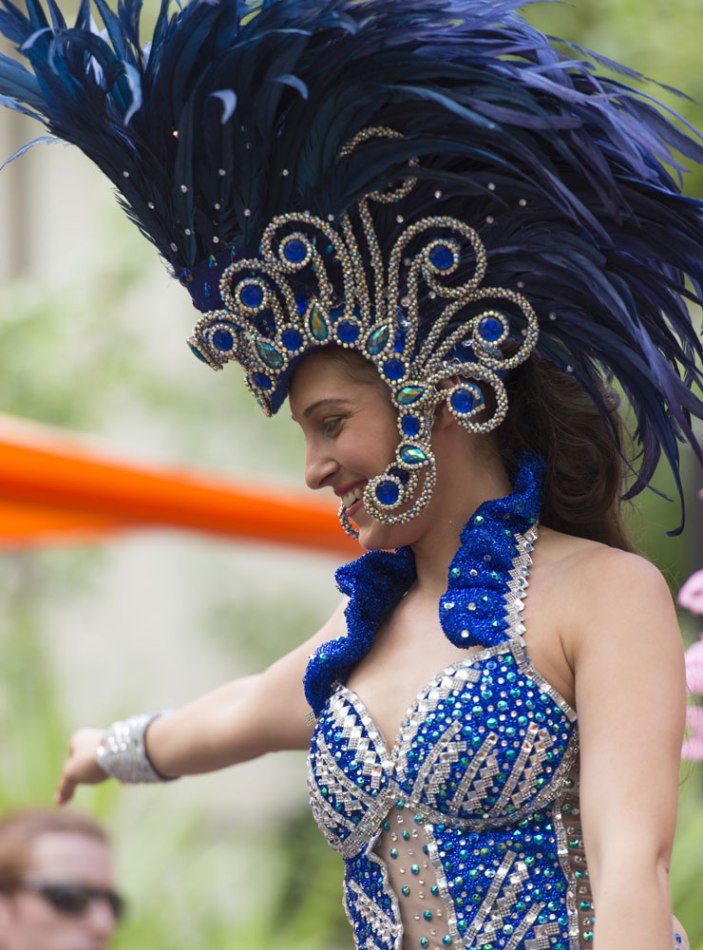 This weekend features several Canberra institutions — the Balloon Spectacular continues; the Handmade Markets are on at Epic; Art, Not Apart will take over New Acton this Saturday afternoon and Skyfire will light up the skies over Lake Burley Griffin. Parliament House is offering a different view of Skyfire from the Members and Guests Terrace, Questacon is celebrating ten years of Science Time, the French Film Festival continues at Palace Electric, and this Saturday is St Patrick’s Day, celebrate at King O’Malley’s from 11 am.

Where: Lawns of Old Parliament House
When: From 6:15 am
The Balloon Spectacular continues this weekend, and so far the festival is having a great run—the balloons have launched every morning since Saturday. To know whether they are going up, check Facebook, the internet, and local radio stations from 6:15 am. As well as (or instead of) the balloons, you can enjoy a hot breakfast, coffee and live music on weekends. This weekend The Chesterfield Band will be playing on Saturday morning and Dom Lavers on Sunday morning. My tip from last weekend, if you need breakfast in a hurry for hungry kids, the queue for pancakes in the Lions Club tent is short and you can get a coffee at the same time.

Where: Exhibition Park
When: Saturday & Sunday, 10 am – 4 pm
The Handmade Markets are 10 years old this year and in recognition of their success, Chief Minister Andrew Barr has called them a Canberra institution. They are on again this weekend with stalls selling wares from 260 local and interstate designers and producers. There will be stalls selling art, books, fashion, kids’ stuff, Canberra themed produce, furniture, homewares, food, stuff for the garden and more. All set in a relaxed environment with plenty of food and good coffee to sustain you and live music to enjoy.

Lior and Paul Grabowsky in Concert

Where: The Street Theatre
When: 8 pm
Lior and Paul Grabowsky are combining their enormous talents to reinvent and perform some of Lior’s most cherished songs. Lior is a singer and songwriter whose 2005 debut album Autumn Flow remains one of the most successful independent releases in Australia. Since that album, he has released a further four albums and collaborated with Nigel Westlake to write a classical song cycle for voice and orchestra. Paul Grabowsky is an acclaimed composer and pianist who has had an illustrious 40-year career. He has been the artistic director of some of Australia’s most prominent arts festivals, composed nearly thirty feature film scores and several works of musical theatre, and is the founder, and was the leader for nineteen years of the Australian Art Orchestra.

Where: New Acton, The Shine Dome and National Film and Sound Archives
When: 1 – 7 pm
Art, Not Apart is an amazing festival, held in and around New Acton, that celebrates Canberra’s local arts scene. There will be workshops, performances, dance parties, music, cinema and much fine food and drink. Highlights include performances by Liz Lea, The Australian Dance Party, Fun Machine, Mixed Tape Chorus, the Canberra Symphony Orchestra and Lightbulb Improv; a family dance party; a Hula Hoop workshop; and an interactive music session. Check out the program here. Food and drink will be provided by Bar Rochford, Morks, Asili, Tikka Stand, Wandering Woodfire Pizza Oven and Cannoli Brothers as well as the cafes and restaurants at New Acton. If one afternoon of this festival is not enough, celebrate late into the night at two afterparties! Sound and Fury at the National Film and Sound Archive from 7 pm, tickets are $28 or $35 depending on when you book. And tech-yes at a secret Canberra warehouse from 9 pm—there will be buses to the warehouse from the Sound and Fury party—tickets are $32 or $45 depending on when you book.

Where: Parliament House
When: 6:30 – 10:30 pm
For a different view of Skyfire, Parliament House is inviting people to watch the fireworks from its Members and Guests Terrace. There will be street food, local wines, DJs spinning tunes and an awesome view of the fireworks at this family-friendly event. Tickets are $103.05 for adults and $21.50 for kids and include food and drinks. Book here.

Where: Central Basin, Lake Burley Griffin
When: 6 – 9:30 pm
Skyfire, Canberra’s annual fireworks display set to a soundtrack broadcast on Hit 104.7 is on this Saturday night. There will be entertainment from 6 pm at Regatta Point hosted by Hit 104.7’s Ned & Josh and including The Potbelleez, activities for the kids on the Patrick White Lawns, a flyover by an FA18 Super Hornet, and of course fireworks. Find a good spot by the lake and settle in for a great night with family and friends.

Thanks for the list Zoe! also Harmonie German Club in Narrabundah holds a German Market Day every three months. The first one for this year is on this Sunday 18 March – the traditional Easter Market! It kicks off at 9am and as you arrive at the Club, you can’t miss the sausage stall right at the front door, where volunteers will be serving up bratwurst, weisswurst, and double-smoked pork kransky sausages in bread rolls with sauerkraut and mustard (and tomato sauce, if you must…). Weisswurst is the traditional Bavarian breakfast sausage.

Julie Macklin - 59 minutes ago
Unfortunately I would have to keep my petrol car too, as electric cars can't go where I want to drive. Good for urban areas,... View
Brent Hutch - 1 hour ago
Even 200,000 cars at a discounted price of 40k per car, will be 8billion. Obviously this number will increase as more cars ar... View
Gloria Altinger - 1 hour ago
Brent Hutch 12km for 675M.. 85 klm North to south... hmm ok so maybe at least a 100K 50k Electric cars to the roughly 260k re... View
ACT Election 21