Slammin’ In Canberra by Mart Basa

Scratch the capital’s 100-year surface and discover it’s all in the poetry. Canberra’s poetry slam scene is spilling and thriving its heart out.

Poetry slam, for the uninitiated, is a competitive blend of hip hop, theatre and performance poetry performed in front of a cheering crowd.

Poetry slams happen in cafes, pubs and clubs across Canberra, and are now being used in schools as a tool to help kids from disadvantaged backgrounds connect to the community – especially the university community. 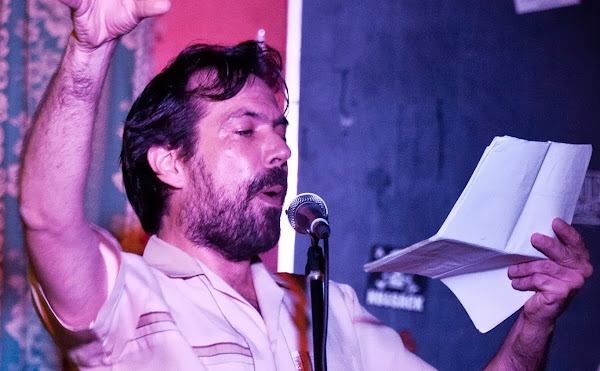 The driving force behind the school poetry slam program is Simone St Clair from Student Equity at the Australian National University.

“We’re hoping that bringing high school students into the university for poetry slam events will help them build aspirations for themselves. Just by being here, meeting lecturers and other students, they get to see opportunities that are open to them that they mightn’t have known about before.”

St Clair said the idea was inspired by rapper/poet and college chaplain Will Small, who is part of a core group of slam poets who currently drive the scene in Canberra.

One of the most well-known member of this community, poet and hip-hop artist Omar Musa, winner of both the Australian Poetry Slam and the Indian Ocean Poetry Slam, released his new collection of poems ‘Parang’ in February 2013. Musa who appeared as a guest on Q&A says he’s seen first-hand how poetry slam can change a young person’s life.

“I don’t want to overstate its importance but it’s something that could change the way young Australians think, not just about Australia but about themselves. It’s something we need at the moment. Often there are so many walls built-up between us, based on whatever it is – race, gender, or sexual orientation. I think that creativity, storytelling, poetry – they’re amazing ways of helping break down those walls. It’s only logical that a poem, a story or some sort of narrative can be used to tame you.”

Musa grew up in Queanbeyan, the son of artists, who immigrated to a famously sport-focussed community.

“When I discovered hip-hop music, I really got into writing. It was great to know there was a form of poetry that I wanted to express myself through,” Musa said.

“I feel we’ve got to a place in Australian society where there are large numbers of people of all different backgrounds who’ve been told, or at least, made to feel that their voice were small or insignificant,” Musa said.

“I think that hip hop and poetry, they tell you that your voices and your stories are important, and that you should be able to tell them in 44-foot high letters.”

Co-founder of one of Canberra’s poetry slam events, BAD! SLAM! NO! BISCUIT! Andrew Galan says that poetry slam is not elitist and attract a broad range of people.

“We have public servants, students, university students, under-age kids whose parents have brought them. The unemployed, professionals, people from Canberra, weekenders, immigrants… everyone is welcome.”

Andrew Galan says the secret to Canberra’s rapid uptake of the scene is accessibility. “We wanted to make sure anyone could come along by public transport, jump on stage and perform. So, we were lucky to find a supportive pub in the city centre to provide that – The Phoenix.”

Co-director of Canberra’s longest running poetry slam, Canberra Poetry Slam, and poet in residence of the Canberra Fire Museum, JC Inman says, “Poetry slam became more of a social aspect for me, where I enjoyed hanging out with other poets, hearing other people’s interpretation of life. A large amount of connection happens between the performer and audience.” 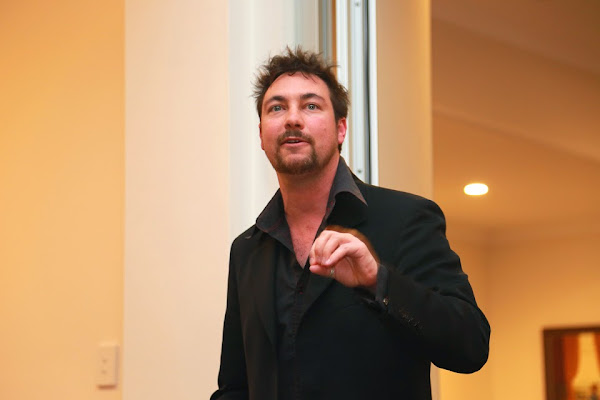 The poetry slam community, originally inspired by workshops run by poet Julian Fleetwood said that Canberra’s small population means that arts funding is more accessible. “If you have people who are passionate and energetic, it’s easier to get these things off the ground.”

JC Inman says the poetry scene in Canberra arises as a necessity of the people. “Julian started his own, from there Andrew created BAD! SLAM! NO! BISCUIT! Will Small, like myself came under Julian’s wing. If we want grant funding or promotion it can be done through the ACT Writer’s Centre and Australian Poetry, both active advocates of poetry.”

With social media playing an important role in spreading poetry, JC Inman says, “If you meet somebody in Canberra you’ll figure there’s 6 different ways to connect to them, through networks, friends, Facebook and other social media. Because of that we have these alive groups.”

Will Small, who runs the poetry slams at ANU and Hawker College, is excited that high school students jump at the chance to express themselves. “In an age that is digital, the idea of your voice is still always enough to captivate people. Behind all of that, your voice can do it! You can really command attention.”

With the poetry slam program growing in the last year, St Clair says she is seeing great results from the students who are participating.

“The students are not only engaging in literacy but they’re also gaining confidence. They’re building a little community in Canberra that is a safe place for them to share their ideas and voice as well as interact with the university. Their attitude changes, and they’re not afraid of the term university anymore.”

Omar Musa said he hopes to see the enthusiasm for poetry slam he’s seen overseas. “In America, sometimes, schools fill up basketball courts, with everyone cheering for their favourite poem. That’s what I’d like to see here – poetry woven into the fabric of our society so it’s not seen as a strange, archaic, pretentious thing.”

Mart Basa is a Sydney based poet, writer, and journalist. Check out more of his work here.

@The_RiotACT @The_RiotACT
A leading Canberra employment lawyer says the government has demonstrated a failure to grasp the origin of the current workplace scandals and the urgent need to shift Australia’s sexual harassment laws onto a preventative, rather than reactive, footing https://t.co/VFDWiyZ3p6 (35 minutes ago)