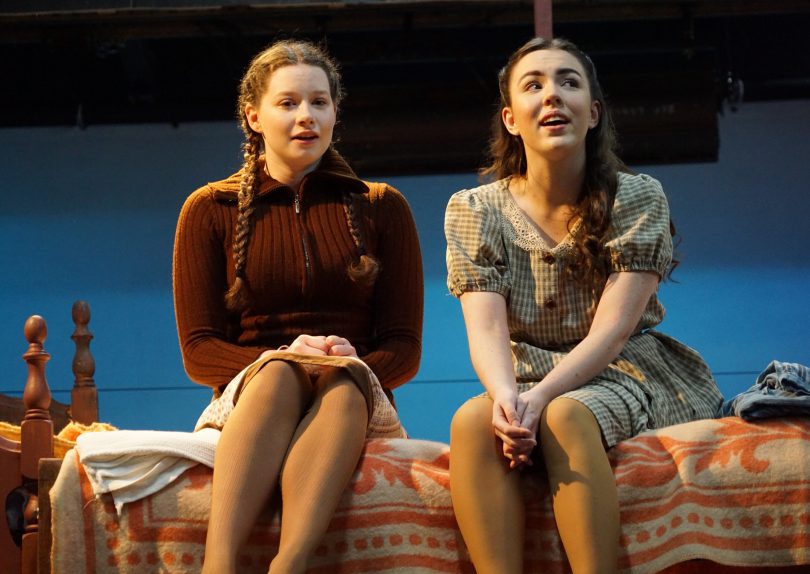 These have been dark days for the theatre but come Friday (31 July) the curtain will go up and the spotlight will again shine on the Theatre 3 stage at ANU as Canberra’s oldest company returns to the boards after a season cut short by COVID-19.

Canberra Repertory Society has been creating pro-amateur productions since 1932 but president Michael Sparks says this year has been the most disrupted in living memory. Only World War II surpasses the break in production caused by the coronavirus shutdown.

Rep could only get away one of its six productions for 2020, The Grapes of Wrath, before the curtain came down in March after the government banned indoor gatherings of more than 100 people.

But as soon as restrictions in the ACT were eased, Rep members jumped at the opportunity to kickstart their shortened season, albeit before much smaller audiences.

Mr Sparks said that once the decision was taken to resume the season, all those involved from the different production areas were champing at the bit.

”They all went into ‘lets get in there and do it’ mode,” he says.

Not surprisingly when patrons and members were surveyed about what they would like to see, comedy came up trumps.

Brighton Beach Memoirs, the very funny story of a Jewish family battling adversity in New York, was in production when the season was suspended and Rep promised the cast and crew that it would be first cab off the rank if restrictions eased. It opens next Friday for a two-week run.

”They’re doing it with humour and charm. It’s one of those nice feel-good kind of comedies and with Neil Simon you can’t go wrong,” he says.

It has a small cast directed by Karen Vickery, whom Mr Sparks calls a genius who ”somehow manages to get performances out of people that you didn’t know they could do”.

And while restriction may have eased, social distancing still needs to be practised, posing challenges for a play about close family relationships.

”We had some issues around physical contact, because they are a family that’s close together in the play so there was a lot of negotiation around that, such as, ‘well, we won’t hug in this scene’,” Mr Sparks said.

”That happened between the actors and the director. In the end it all worked out really well.”

Rep has become known for its striking sets and this double-level, upstairs-downstairs creation is another doozie from Russell Brown and designer Chris Baldock. 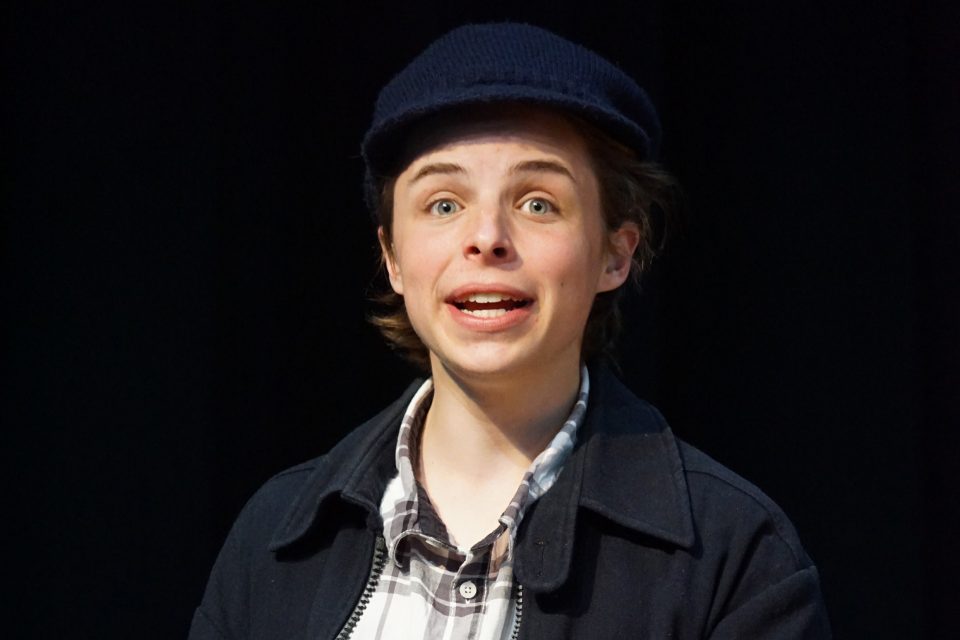 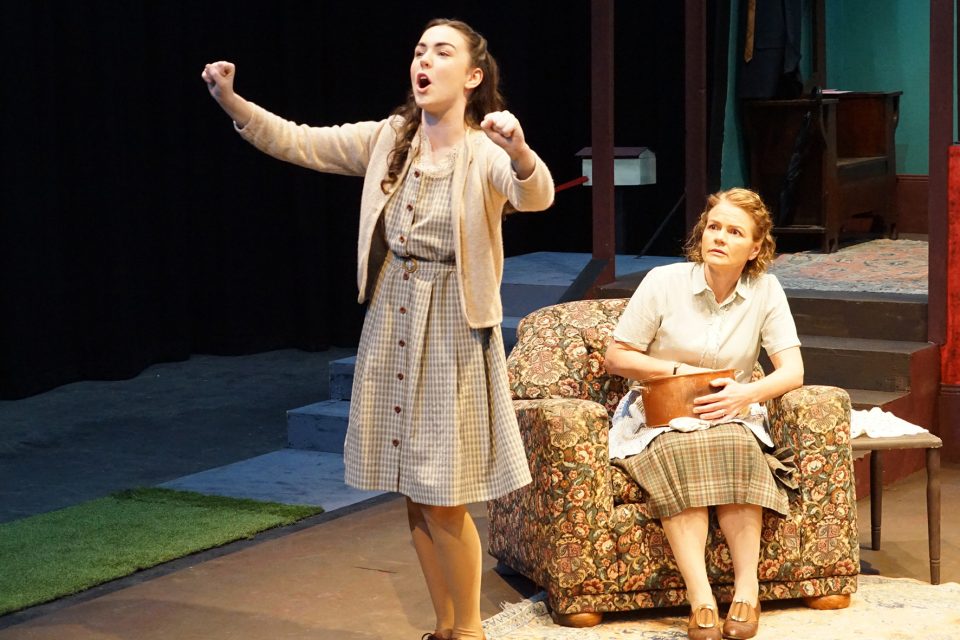 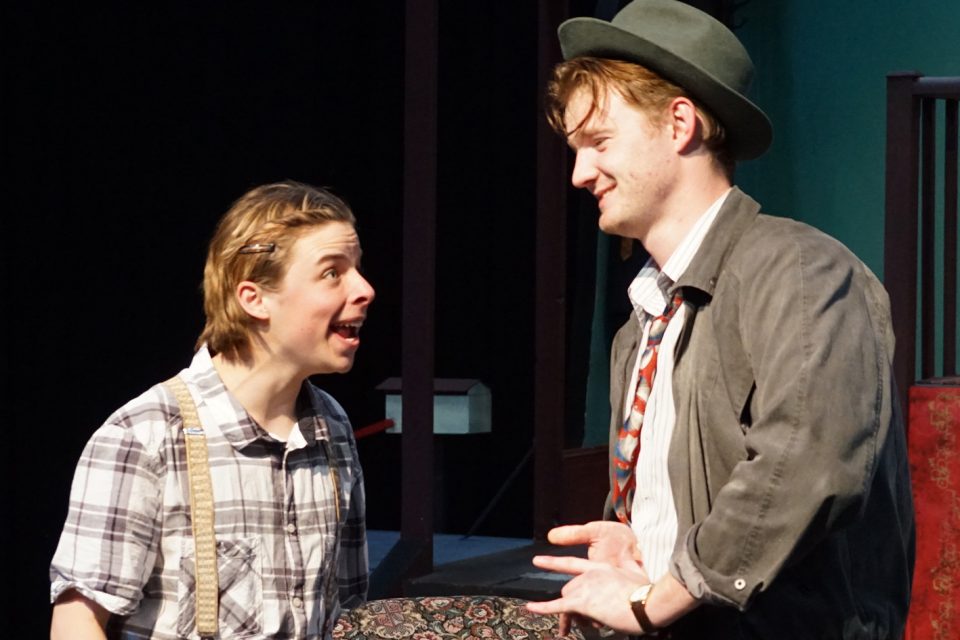 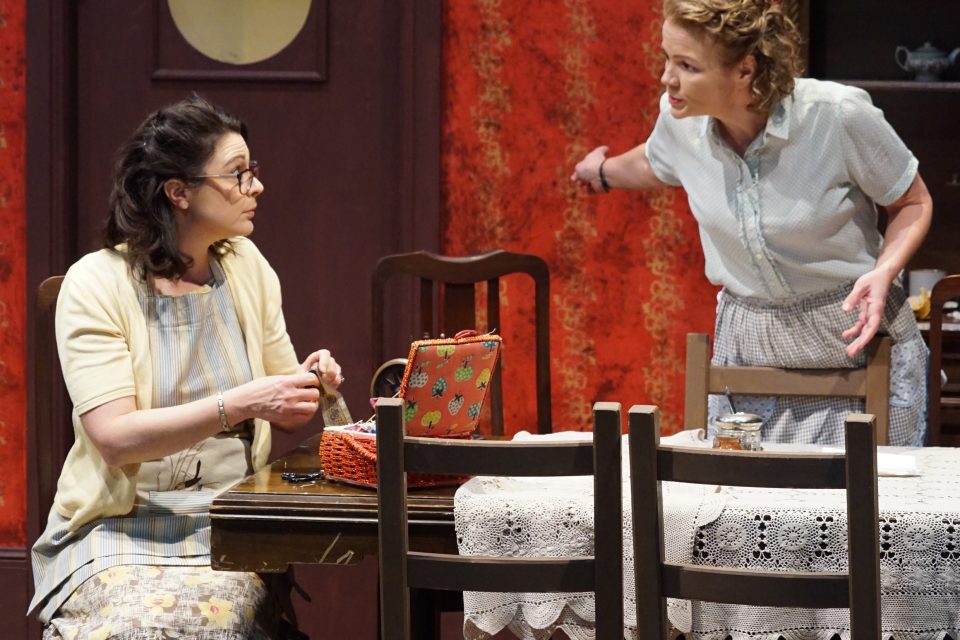 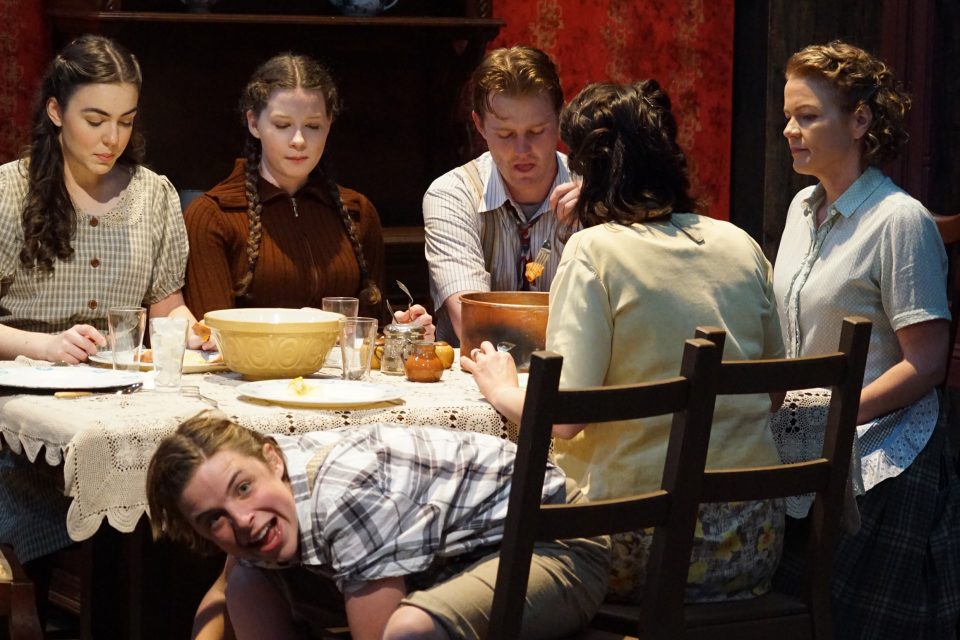 Mr Sparks says the closure had been disappointing but Rep was no different from any other company in the world. ”We don’t have a monopoly on sorrow”.

”For us, it’s about being happy that we could go back. The ACT is doing a lot better than other places, that’s helped us to have confidence, and the actors and the other people behind the scenes to have confidence that this is something they can do.”

The Society was lucky enough to secure JobKeeper for some its casual staff who qualified by a week, and the shutdown allowed it to carry out maintenance and refurbishments.

It will manage the restart through its COVID-19 plan under which the numbers of people in the foyer and auditorium are limited. Only 47 can be seated, just short of a quarter of the normal capacity.

Ticketing has also had to be managed carefully so people aren’t showing up on the night expecting to sit anywhere.

”Every single level of people-to-people contact has been considered and we’ve gone through that and continue to go through that,” Mr Sparks said.

”We’re not going to make any money on this show anyway, and we know that.

”But that’s not the point, it’s about keeping the members of Canberra Repertory Society engaged and building that social capital, and staying connected to each other. There are a lot of people this really means a lot to.”

Mr Sparks says the audience will be a combination of the usual crowd, the subscribers, and some people who are just excited about having a night out at the theatre again.

”It’s a risk, and it’s scary but we’re taking the leap because we just feel our company needs it, our people need it,” he says.

”Hopefully, the Canberra audiences that get to see it will enjoy it, and stay with us so we can keep going for another 20 years.”

For those fatiguing with Netflix and pining for the magic of live performance, it could be just the tonic.

As Mr Sparks says: ”If I have to watch another theatrical performance on YouTube I’ll just scream.”

To learn more go to the Canberra Repertory Society website.

Amy CJ McFarlane - 15 minutes ago
Have my brand new dash cam set up as of today because my 18 month old vehicle has already been scraped up in a car park and t... View
Kit Oates - 17 minutes ago
Jenny Graves But I am still unclear what you are basing your allegations of me being a tailgater and problem driver on exactl... View
Kit Oates - 18 minutes ago
Jenny Graves Unless there are extenuating circumstances (accident etc) or you're slowing for a red light (obviously), there i... View
Property 21

Amanda Sanderson - 20 minutes ago
I’ll give you bottomless gin and tonics Peter Taylor 🤣 View
John Sheil - 32 minutes ago
Well I have known 2 licensees over the years and neither have achieved any success. May need a new business strategy.... View
Breaking 4

HiddenDragon - 34 minutes ago
John Moulis' experience illustrates a serious flaw in the vaccination program. With the "advice" (a rather dishonest way of d... View
Maya123 - 1 hour ago
I should add that my mother also had AstraZeneca, but had no symptoms. So it varies from person to person. View
Maya123 - 1 hour ago
If the doctor vetoed it, that really strange and frustrating for you. I do hope you manage to breakthrough the barriers being... View
News 19

Capital Retro - 1 hour ago
A lot of people are still getting .45c kWh feed in tariff which is twice the new usage charge will be. Solar is so good it st... View
Capital Retro - 1 hour ago
I am assuming you are supporting the big battery concept and you are scoping what services should be turned off first to allo... View
tfx1 - 2 hours ago
Why is it Canberra people do not understand risk analysis. Some simple numbers to demonstrate the effect of this big battery.... View
Sport 6

Irene Kelly - 2 hours ago
What happened? View
Tim Van Der Vlist - 6 hours ago
No discounts for the members for resigning is a disgrace. They have to play on a mediocre (at best) course for 6 months and s... View
Property 32

Lyn Bailey - 4 hours ago
The story about the ghost walking along the Hume Highway near Lake George is true. I will remember this story for as long as... View
show more show less
*Results are based on activity within last 7 days

The Canberra Southern Cross Yacht Club in Yarralumla is about to set sail on a redevelopment of its lakeside hospitality...
Opinion 137

@The_RiotACT @The_RiotACT
A new Auditor-General report has found teacher performance could not be adequately assessed as performance management has not been "implemented effectively" https://t.co/eyqWf1Q0IN (50 minutes ago)

@The_RiotACT @The_RiotACT
Forrest Tennis Club is one of just three institutions that the Federal Government says has failed to comply with its 'moral obligations' to sign up to the National Redress Scheme https://t.co/71I4Ex10Bk (4 hours ago)