Experts in buying, selling & renting
Your property, your future
20 August 2019 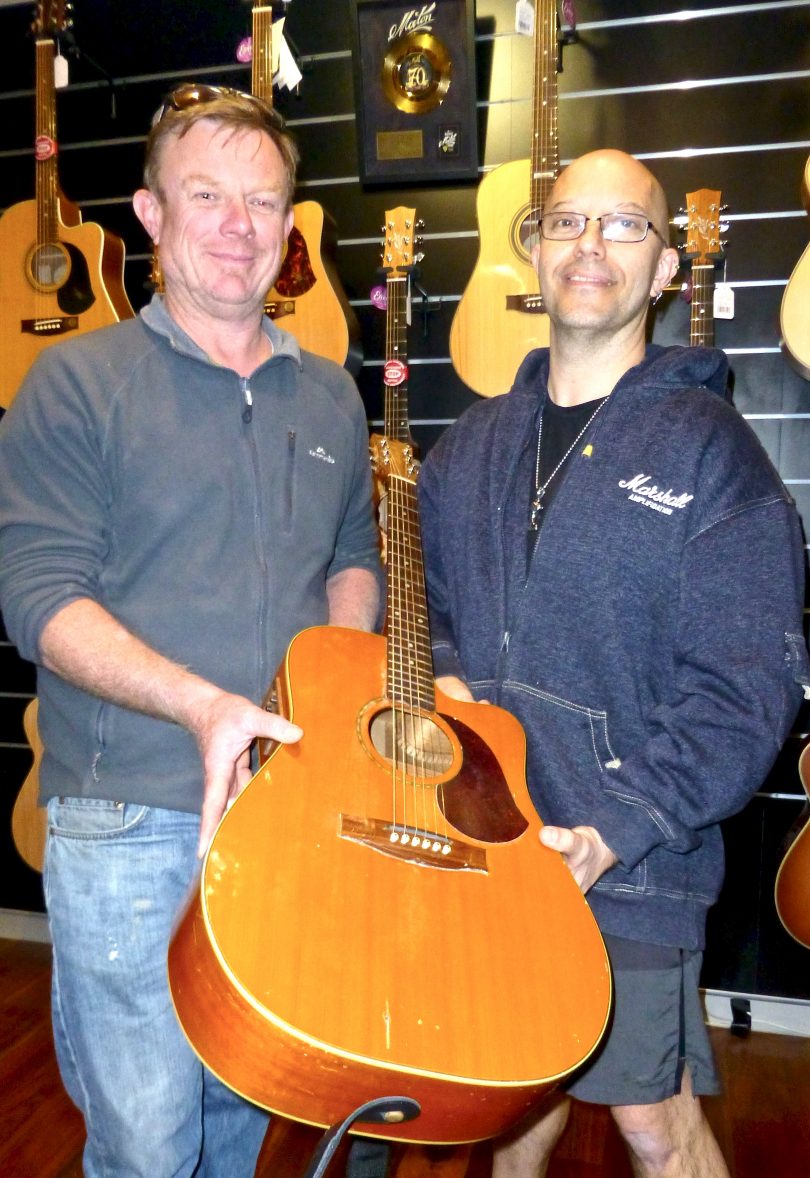 If someone ever writes a song about this guitar, it will have to include lyrics about smoke, water and a guitar gently weeping after having been down to the crossroads and surviving.

While a couple of classic songs come to mind, none of them tells the tale of this guitar’s near-death experience thanks to a couple of people who refused to hand it over to the guitar gods.

The much loved Maton was almost destroyed in a Canberra house fire a few months ago and has now been brought back to life, albeit with a couple of battle scars for posterity.

Matt says the guitar now has its own story to tell. It’s a story of love, loss and mojo, and a guitar that was eventually reunited with its owner, Mal Tarbuck.

The guitar was one of the few items salvaged from the house fire, which unfortunately took almost everything else, including a drum kit, two other guitars, a mixing desk and a keyboard.

The guitar has literally been to the crossroads.

“It took us a long time to repair because it was so wet and was falling apart,” Matt told Region Media. “It took two months just to dry the guitar out. I worked on it as much as I could and just did it piece by piece.”

The story of the guitar is also now a video on the Better Music Facebook page, where Matt describes the repair job in detail.

“It was a mess. The bridge was off, the headstock had fire damage and it had holes in it from broken glass shards where the firies had to smash a window to extinguish the fire. We even left a piece of broken glass in there for posterity.

Today we present a story of loss, love and mojo…..Special thanks to Jack Biilmann & Maton Guitars. 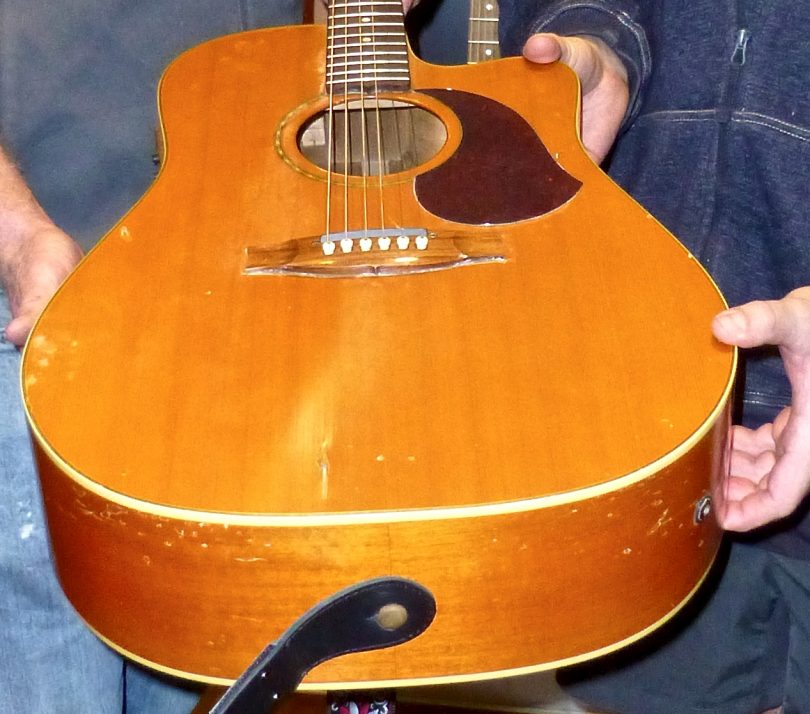 The cherished guitar even has a glass shard embedded in it for posterity.

Matt said he had to pull the guitar completely apart to clean the electronics, headstock and tuning pegs. He then polished the guitar to remove severe water stains.

“We just wanted to get it working and we were worried it might not happen. This isn’t something we usually do, but in this particular circumstance, it was a project I decided to take on to help these guys out, and I am very happy to say that it came together.”

Matt said he was really pleased to give the guitar back to the family.

“It’s one small positive in a bunch of disasters and hopefully, they keep the guitar in the family for generations to come. It will have a great story to tell.”

This is also where Canberra singer-songwriter Jack Biilmann comes in. Jack is recently endorsed by Maton and is a regular at Better Music.

Jack, a self-confessed guitar nerd, and says he jumped at the chance to play it.

“A guitar is basically a bunch of thin bits of wood all glued together, and for it to survive a fire and then get filled up with water are the two worst things that could happen to it,” Jack says.

However, Jack says the smell of a house fire is one that lingers long after playing it.

“It fully has this smell of a house fire and no matter what happens to it, that is always going to be a really cool thing.

“I had a perception before I played it that it wouldn’t be anywhere near like it should be, but after picking it up and playing it, it hasn’t lost any tone whatsoever. I never thought it could sound as good as it does.”

The guitar’s proud owner said he is indebted to the work that Matt did, at no charge.

“To see all the work they put into it was just super generous and very touching really,” Mal says. “I was pretty excited to pick it up and get it home and am pretty happy that it’s sitting there in my house again.

“It’s got quite a few battle scars now, but that just makes it even more special.”

Matt Davis sums up this story on strings and wood. “This guitar really does have mojo, especially now since you can smell the smoke in it. It’s literally coming out of this guitar.” 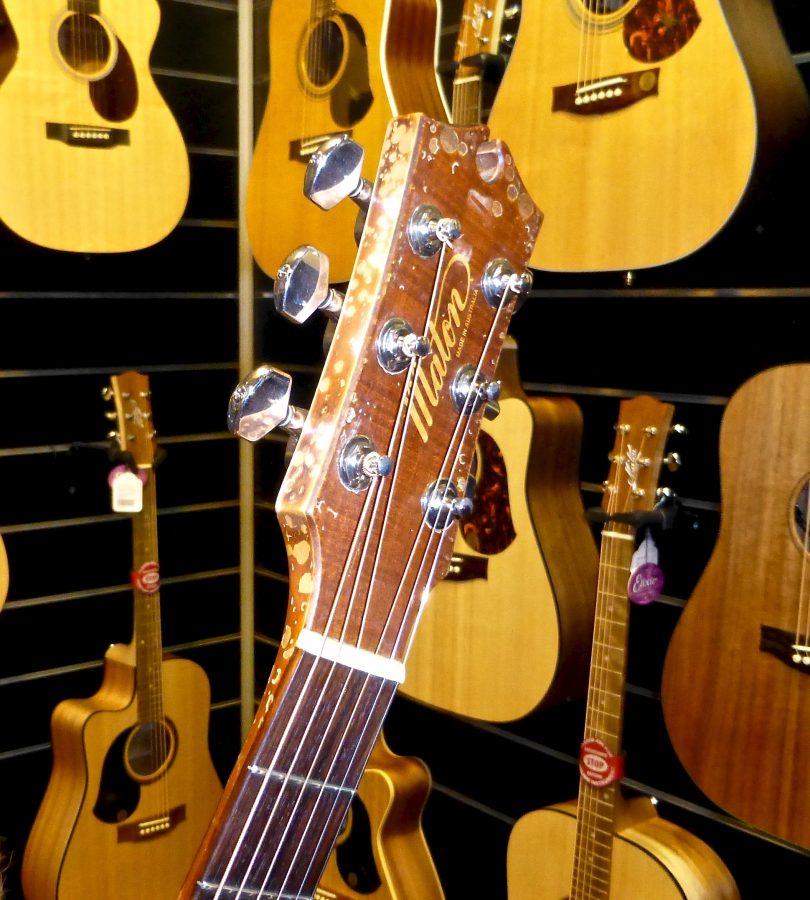 The headstock of the Maton guitar still bears scars from the house fire.