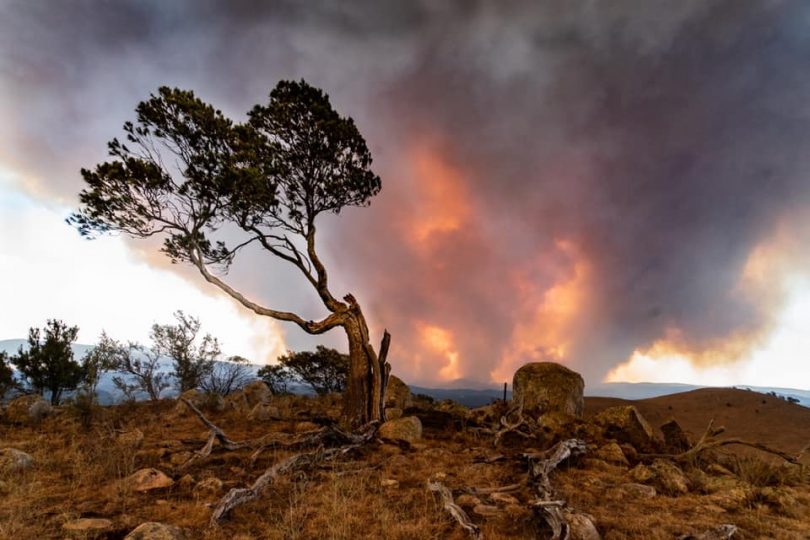 Today’s brief reprieve from the smoke haze that has blanketed the area is set to be short-lived, with more smoke predicted to impact the ACT at around 7:00 pm tonight (10 December).

The ACT Emergency Services Agency is warning Canberra residents that fires burning in NSW are creating the smoke.

Although there have been two small grass and bush fires at Majura and Curtin earlier in the afternoon, these were quickly extinguished. The ESA website says there are no major fires burning in the ACT.

The ESA is also reminding Canberrans only to contact the triple-zero emergency number if you see an unattended fire.

“On two occasions when heavy smoke has impacted the ACT, our triple-zero centre received around 200 calls. Please only call 000 to report an unattended fire. Triple-zero is for life-threatening emergencies only,” an ESA spokesperson said.

The forecast is for today’s north-westerly winds to again swing around to the east, bringing smoke back over the ACT.

Earlier today, the North Black Range Palerang fire was upgraded to watch and act level, only to be downgraded back to advice level just before 6:00 pm. Fire activity increased around Foxs Elbow and Watsons Road on the northern edge of the fire ground near the Kings Highway.

Containment lines have since halted the spread of the fire.

“Smoke is expected to continue to impact communities west of the fire for a number of days. People with breathing difficulties should take appropriate precautions,” the NSW Rural Fire Service website says.

The update on the NSW Rural Fire Service website at 5:51 pm said the fire remains active on the north side of the fire around Foxs Elbow, Jones Road, Watsons Road and Mulloon Creek near Butmaroo Road. Crews are conducting backburning operations to establish containment lines.

Conditions are expected to deteriorate this afternoon with fire expected to spread to the east and north under north-westerly winds.

The Kings Highway remains closed east of Braidwood between Forest River Road, Monga to Nelligen due to back burning operations as part of the Currowan (Shoalhaven) fire. This expected to remain in place until later in the week.

David Jenkins - 58 minutes ago
Road rules aren't the same as licencing 🤷‍♂️. Make up your mind which you're going to have a whinge about. Given hor... View
Claudio Neumann - 5 hours ago
Jesse Pricsina I feel these vibes very strongly. also get off my lawn darn kids with their scooters View
Michael Ilsley - 6 hours ago
I love scooters, fabulous! View
News 12