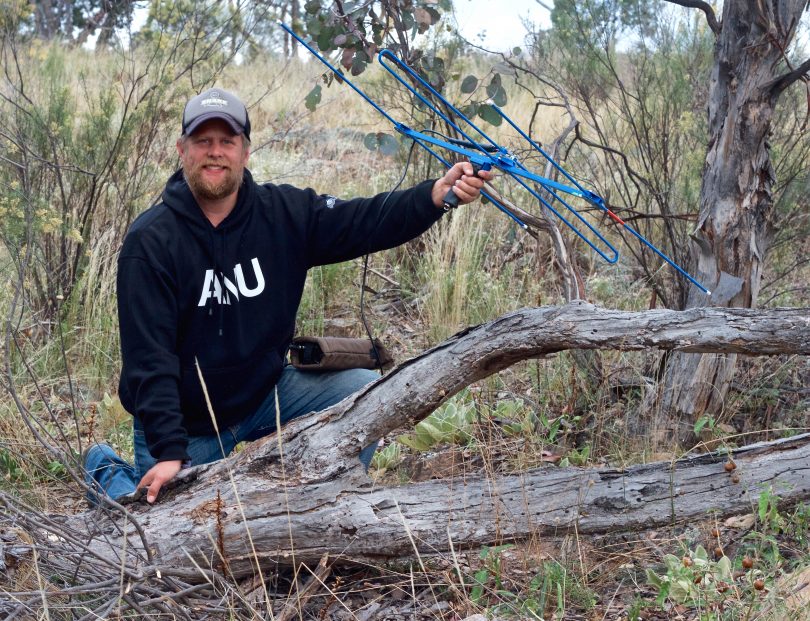 Gary, a five or six-year-old male eastern brown snake, is curled in a burrow on the hillside of an undisclosed Canberra suburb waiting for the first rays of sunlight on an autumn morning.

“My five-year-old daughter named him Gary because she thought it would be a great name for a snake,” says Gavin Smith, a certified snake catcher, researcher and associate professor at the Australian National University.

Gary is one of five eastern brown snakes that have been caught during the summer, tagged by Canberra wildlife veterinarian Dr Arianne Lowe, and released as part of a much larger study on how the cryptic creatures move through and make use of Canberra’s suburban environment.

The four other snakes have names, too: Flojo, Rambo, Taylor and Penny.

“I decided to name them because it gives these foreign entities more of a personality – they’re magnificent animals and they are sentient beings that just need to be seen differently,” Gavin tells Region Media while sitting within striking distance of Gary’s burrow as galahs call overheard and curious kangaroos listen in on our conversation. 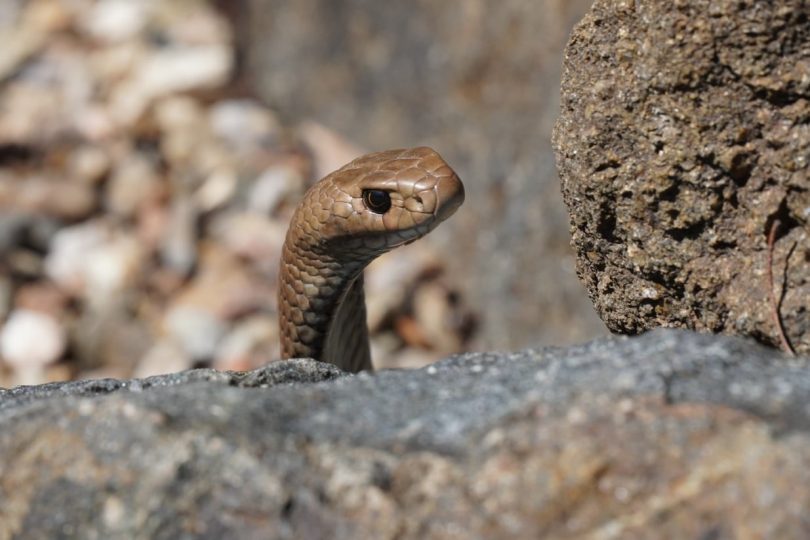 One of the busiest snake seasons on record is also beginning to slow – a process known as brumation. Gavin and a number of Canberra snake catchers, including Alex Borg from Canberra Snake Catchers, and Luke Dunn from Canberra Snake Rescue and Relocation, have been flat out rescuing and relocating snakes of all sizes from people’s homes, pools, water pipes, backyards and near schools.

Gavin says the Canberra Snake Tracking Project, which is funded by the Ginninderry Conservation Trust, is the first of its kind in Canberra and will help to harness a better understanding of the highly venomous yet vastly misunderstood eastern brown snake (Pseudonaja textilis). Other local snake species, such as the red-bellied black snake, Dwyer’s black-headed snake and tiger snake, are not included in the study because the eastern brown is the dominant snake in the landscape.

Gavin has gone to great lengths to get the study approved by the ANU Animal Experimentation Ethics Committee and ACT Government Licensing and Compliance, which began in early December. He even set up a small camera at the entrance to Gary’s burrow to see his movements. The footage can be viewed here.

The slithery trail to unlock the world of snakes will eventually track more than 40 of the creatures during a three-year period, but it is already providing some intriguing data from the first five snakes, including rare footage of Gary eating a much smaller eastern brown snake.

“We know that Flojo has been caught two or three times previously because of the unique markings we’ve seen on her,” says Gavin. “The movement patterns show the snakes have been moving up to 400-500 metres a day in the area where we’ve released them, but, of course, they don’t travel in straight lines.

“We know the snakes aren’t completely dormant, but I’ve already seen them come out of their burrow so I suspect we may see Gary on a sunny winter’s day.”

Gavin says the study will help people understand how to exist with snakes rather than against them.

“There’s so much we don’t know about these snakes,” he says. “They’re completely secretive and cryptic so we want to know more about what kind of burrows they seek out, and when they’re active and when they’re not. What are they eating and what are their behaviours?

“Already, I know quite a lot about these guys’ habits, which is what I’m most interested in. How are they moving through the landscape and how are they interacting with other snakes. We’ve already seen Gary eat another snake, but that’s what they do to survive.”

Gavin says the main battlefront for the eastern brown snake is with humans and their pets.

“Most humans can be socialised and educated into accepting snakes more – not necessarily loving them but just appreciating that they pre-date us here,” he says. “I get a lot of calls from people with pets and that’s completely understandable.

“I’m visiting these snakes every day to build all this amazing data. I even suspect they are beginning to know my movements, too, from the disturbance in the landscape, but it’s not a threatening one.”