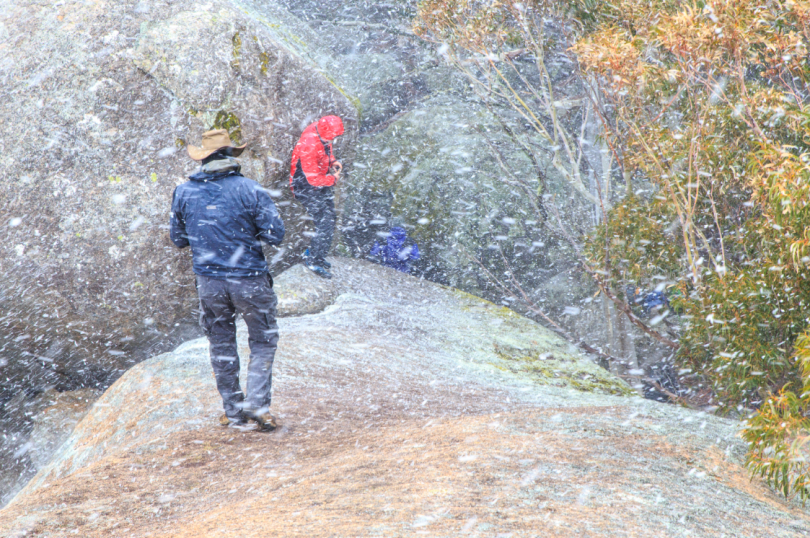 It certainly wasn’t like this when Ainslie man Gavin Kellett and his friends hiked up to Legoland in Namadgi National Park a couple of years ago.

The day had begun clear and sunny, recalls Mr Kellett, but about midday the temperature plummeted and the white stuff started flying around.

He pulled out his trusty Canon5D MarkIII and captured the moment up top before they slid down the rocks to take shelter beneath the natural cavernous canopy.

Mr Kellett’s snap was ACT Commissioner for Sustainability and the Environment Kate Auty’s favourite among the entries for the ACT Parks and Conservation Winter Walks Photo Competition.

“Snow and ice but without the cold and damp…’’ she says. “Got to love this Winter Walks Photo Competition, it has been a ‘non-invasive’ non-threatening invitation into the bush. Thanks to all who submitted a photo or video for the vicarious pleasure.”

ACT Parks and Conservation received more than 200 photo and video entries sent from amateur and professional photographers, and ordinary Canberrans.

Mr Kellett won two nights’ accommodation in either Ready Cut Cottage or Nils Desperandum and a personalised cultural tour with a Murumbung ranger. 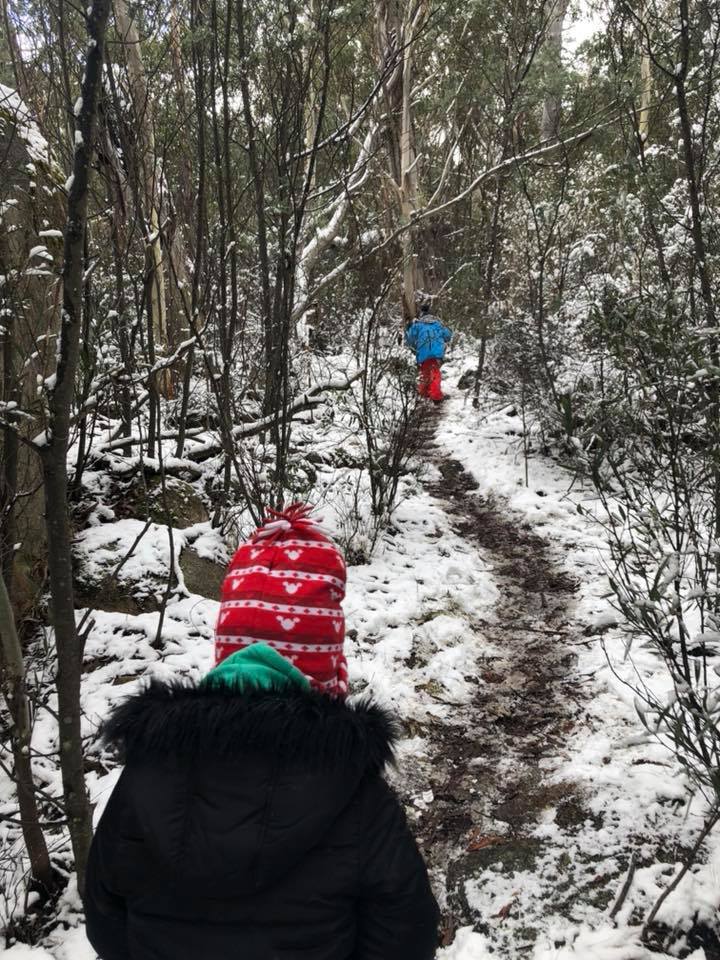 Mr Kellett, a computer systems engineer with Envista, said he began taking photos when he had kids, and as a budding amateur studied a bit on the side and branched out to holidays and hiking.

But he didn’t go out consciously to take photographs, it’s more to capture the time and remember the experience.

A fourth-generation Canberran, he loves the ACT’s landscape and its climate.

“We’ve got the most gorgeous weather here, we’ve got the four seasons. We started out with the beautiful blue skies then it dropped about 10 degrees and started snowing. It was very fortuitous to get that sort of snow in that sort of environment,” he said.

“To walk along in a white environment like that so close to Canberra was pretty special.” 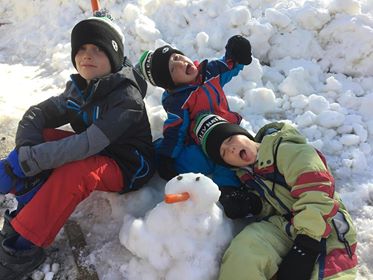 Shortlisted: “A stunning winter day with these special guys,” from Courtney Hayes. “Found a sneaky patch of snow at Corin forest to make a snow man.”

It was the middle of the day but changes like that could happen any time.

“We had all the right gear, if you go up there and you’re not equipped you’re in real trouble,” he said.

The photo was a little different to the normal crisp winter snap, with all that snow making it look like a painting.

Where can we see the rest of the entries?

stargazer - 3 hours ago
I agree. It’s an old fashioned bakery and the fact it’s totally family run is fantastic. They are few and far between now... View
stargazer - 3 hours ago
Stopped in and got my buns today - they were worth the drive! But I Wish I could get them on my side of town! Kids loved them... View
Sonya Curran - 7 hours ago
I'd love to! Have never been! View
News 1

Trish O'Connor - 6 hours ago
is there a phone number to call each morning to check whether the balloons will be flying. View
Food & Wine 1

Connie Senkoe - 9 hours ago
any body heard of Librafg with Nick Gibson. Is it a scam too? View
Community 24

@The_RiotACT @The_RiotACT
Once known for its huge freakshakes, Patissez used lockdown as a chance to reinvent itself and forge an exciting new path https://t.co/vQDR61q0DX (1 hour ago)

@The_RiotACT @The_RiotACT
Looking for the perfectly located family home? Don't go past this four-bedroom property in Higgins - it's ideal for entertaining + ready to move into https://t.co/75M0QEbCnL (2 hours ago)

@The_RiotACT @The_RiotACT
Can the ACT become a renewables powerhouse? An Assembly committee wants to know how we can make it happen https://t.co/SLGyWMXb3L (3 hours ago)