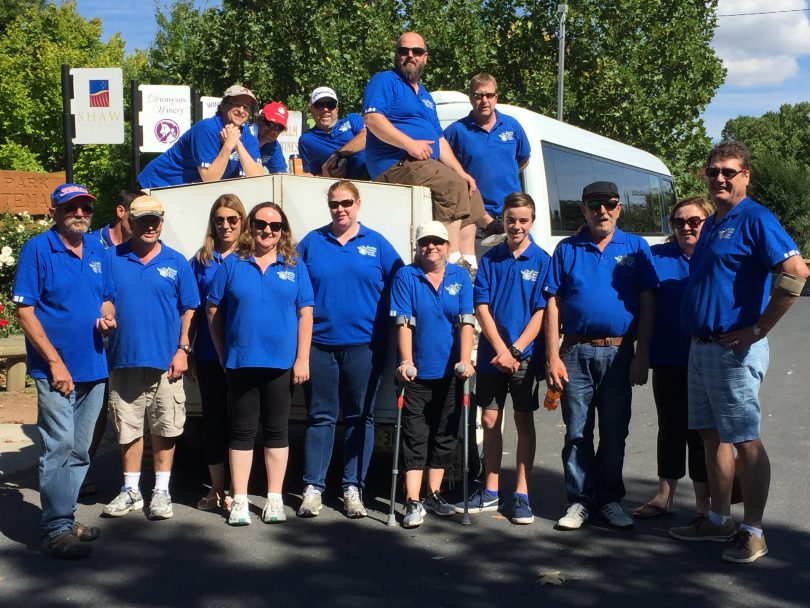 The ACT Government’s move to overhaul the ACT Clubs’ Community Contributions Scheme is facing a fresh insurgency from a small social club in Weston concerned at the ramifications for junior sport and community groups, and the lack of any realistic consultation.

The official consultation period on Maximising the Benefit of the Community Contributions Scheme options paper prepared by Justice and Community Services closes Monday (13 August) but a new website, https://stopbarr.com.au/; an Assembly e-petition and direct lobbying of MLAs will carry on the fight against proposals for a centralised scheme to administer nearly $12 million in club contributions from poker machine revenue.

Under the current arrangements, ACT clubs must give at least 8 per cent of net gaming machine revenue as community contributions, which last year amounted $11.9 million (12.6 per cent of net revenue).

The clubs have discretion about where that money is directed, but the options paper has proposed that all or some of these contributions be diverted to a centrally administered fund.

Local businessman and Weston Social Golfers president Stuart Ramshaw said that despite Chief Minister Andrew Barr backing away from moves to divert club contributions to his new Charitable Fund administered by corporate charity Hands Across Canberra, concerns remained about where funds would end up under a centralised scheme.

He fears that replacing the current arrangements would impact on junior sport and mean clubs could no longer be able to support community groups and charities.

“If Mr Barr’s going to take the whole lot then that will kill junior sports in Canberra,” Mr Ramshaw said.

If a part of the contributions is diverted, “it’s going to be the local charities that get cut first, because the clubs have got to look after the sports and then the community groups.”

Mr Ramshaw said that if the Government was concerned about how the clubs were directing contributions then it should implement the findings of the Auditor-General’s report, which found the guidelines were too broad.

“The actual report people need to read is the Auditor-General’s report on the community contributions scheme which basically says that the Government has failed to manage its own scheme,” he said.

Of the $11.9 million distributed last year, only $3500 worth of claims were rejected as not meeting the guidelines, he said.

“I’m all for putting better guidelines in place and then more detailed reporting from the clubs to make them comply,” he said.

Mr Ramshaw says his social club, which receives funding from the Weston Raiders Club, will not be affected by the changes and he is not politically aligned, although the e-petition has been sponsored by Liberal MLA Mark Parton.

With numbers tight in the Assembly, Mr Ramshaw will be reaching out to Labor and Greens MLAs but if the changes happen, it won’t be the end of the matter.

“The website isn’t going to go away, what’s going to happen on the website is I’m going to put the story up of each community group or local charity that had their funding cut and I’m going to associate it with the local member who voted to do that,” he said.

“I don’t want this to turn into an anti-Labor campaign but that’s what it’s going to end up being.”

The petition calls on the Government to engage in a comprehensive consultation with all stakeholders, including clubs, junior sporting teams, charities and community groups,
commission a report into the social value of the ACT’s clubs and the community groups that they currently support, and provide a thorough economic analysis of diverting any portion of community contributions to a centrally administered fund, including impacts on current recipients of community contributions and the overhead costs associated with its operation.

Mr Barr said he could not rule out club contributions going to the Charitable Fund, saying this was a recommendation made by the PWC report from 2017 and would form part of the review.
“I have raised the entirely reasonable prospect of the Charitable Fund serving the role of an independent authority to ensure that some contributions made to the scheme are directed to areas of great need,” he said.

“It is important to note that I have never suggested that all community contributions would be directed to a central fund. The Government recognises that most clubs were established to support certain sports and cultural activities.”

Mr Barr said reforming the current guidelines and creating a centralised fund were not mutually exclusive and both were being considered.

He said the Government was looking to expand, not reduce, the number of community groups that get help and the amount of help they receive.

“This can be achieved in a variety of ways, including by reforming the current guidelines as per the Auditor-General’s report, ” Mr Barr said.

The Government would provide an update on the review in the August sittings.

Jack Wiles - 10 minutes ago
It's not the type of meeting place depicted by so many comments; it's not somewhere you would take young family but is a plac... View
News 15