Space trailblazer coming to Batemans Bay to tell her story 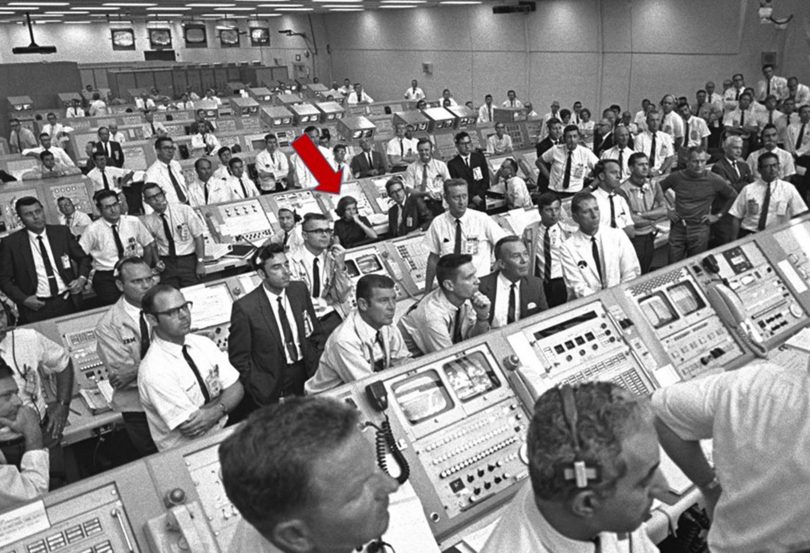 In the Firing Room at NASA’s Kennedy Space Center on July 16, 1969, following the successful lift-off of Apollo 11. In the centre of the photograph is JoAnn Morgan, the only woman engineer among scores of male counterparts. Photo: NASA.

“That’s one small step for man, one giant leap for mankind,” where were you when Neil Armstrong uttered those words on the surface of the moon in 1969?

JoAnn Morgan was in the Firing Room at NASA, the only woman, and she is coming to Batemans Bay to share the experience and much more from her stellar career.

Denhams Beach local and volunteer with the Batemans Bay Writers Festival, Julie Stuart is the link helping to make this happen, organising what will be Ms Morgan’s first ever speaking engagement in Australia.

“Batemans Bay is a long way from the moon, and what a fantastic opportunity this will be, JoAnn has seen so much,” Mrs Stuart says.

“One of the great mysteries of life is space and JoAnn has had a front-row seat.”

A house swap in Florida and a serendipitous phone call first connected the two women.

“We got talking and I said, ‘do you ever come to Australia?’ and JoAnn said ‘if I do I’ll get in touch with you’,” Mrs Stuart explains.

“Fast forward and I get an email that says she is coming to the Kimberly, in Western Australia and she would be happy to make a visit to the other side of Australia to do a fundraiser for the Batemans Bay Writers Festival.” Now 77 years old, Ms Morgan is an aerospace engineer and was the associate deputy director at NASA’s Kennedy Space Center in Florida.

NASA’s Linda Herridge says Ms Morgan is a trailblazer of the US Space Flight Program.

“Morgan began her space career in summer 1958, at the young age of 17, as a student intern with the U.S. Army Ballistic Missile Agency at Cape Canaveral Air Force Station. She was the first female engineer at Kennedy and the only woman, among a sea of men, who was present in the firing room during NASA’s Saturn V/Apollo 11 launch to the Moon,” Ms Herridge writes.

“In the early days of her 40-plus-year career with NASA, she had the opportunity to work on a variety of projects. She developed algorithms for a Mars trajectory, worked in the Vehicle Assembly Building and helped develop the space shuttle launch processing system central data subsystem. She also worked on site activation for the Launch Control Center firing room consoles.”

“There were no dull days. I learned something from every experience.”

Speaking earlier this year at a Women’s History Month Event at the Kennedy Space Center, Ms Morgan said she had supervisors who were very supportive of her efforts. She says one of her personal credos is the word “ARE,” which stands for Acceptance, Respect, and Equality.

Female representation within the NASA workforce has steadily risen since 1969 when Ms Morgan was the only woman in a sea of men.

In the 1980s, NASA reports that 21.5 per cent of its civil servants at Kennedy were women. In 2018, the space agency says women make up 32.6 per cent of the centre’s total workforce.

“She has had the most remarkable career, she never got into space herself but she has had innumerable experiences over five decades with NASA,” Mrs Stuart says.

“When man landed on the moon she was in charge of the rocket taking off from earth, her words ‘set for launch’ are part of history.” chewy14 - 39 minutes ago
"A responsible and competent government would" Well there's your first problem. They haven't been forthcoming with robust bus... View
michael quirk - 2 hours ago
The government has yet to provide evidence to justify the light rail extension, the viability of which is tenuous given incre... View
News 115

Jay Annabel - 51 minutes ago
Ajay Cee ...... a drastically reduced number in 2020 because of covid lockdowns. View
Ajay Cee - 2 hours ago
Jay Annabel 36 in 2020. View
chewy14 - 3 hours ago
JC, Seeing as I've been the one quoting directly from the national plan, your memory seems a bit fuzzy. And I'm still waiting... View
News 1

Capital Retro - 59 minutes ago
The next step is to equip the ravens with lasers. Death to all drones!... View
Community 6

Cary Elliot Johnson - 5 hours ago
No, we aren't becoming more complacent, we are becoming more like the rest of the world..... Covid bearing. View
John Currie - 9 hours ago
Wow. The only thing I notice about lockdown is I can’t get a haircut. Otherwise there are no more or less signs of life tha... View
Nada Krstin - 11 hours ago
Margaret Freemantle thank you for replying - so awful - again, please accept condolences to you and all her family View
Lifestyle 4

@The_RiotACT @The_RiotACT
A plastic surgery clinic and medical centres are among new exposure sites, and Calvary has confirmed a fully vaccinated aged-care staff member has tested positive https://t.co/RE8RHLqgTF (34 minutes ago)