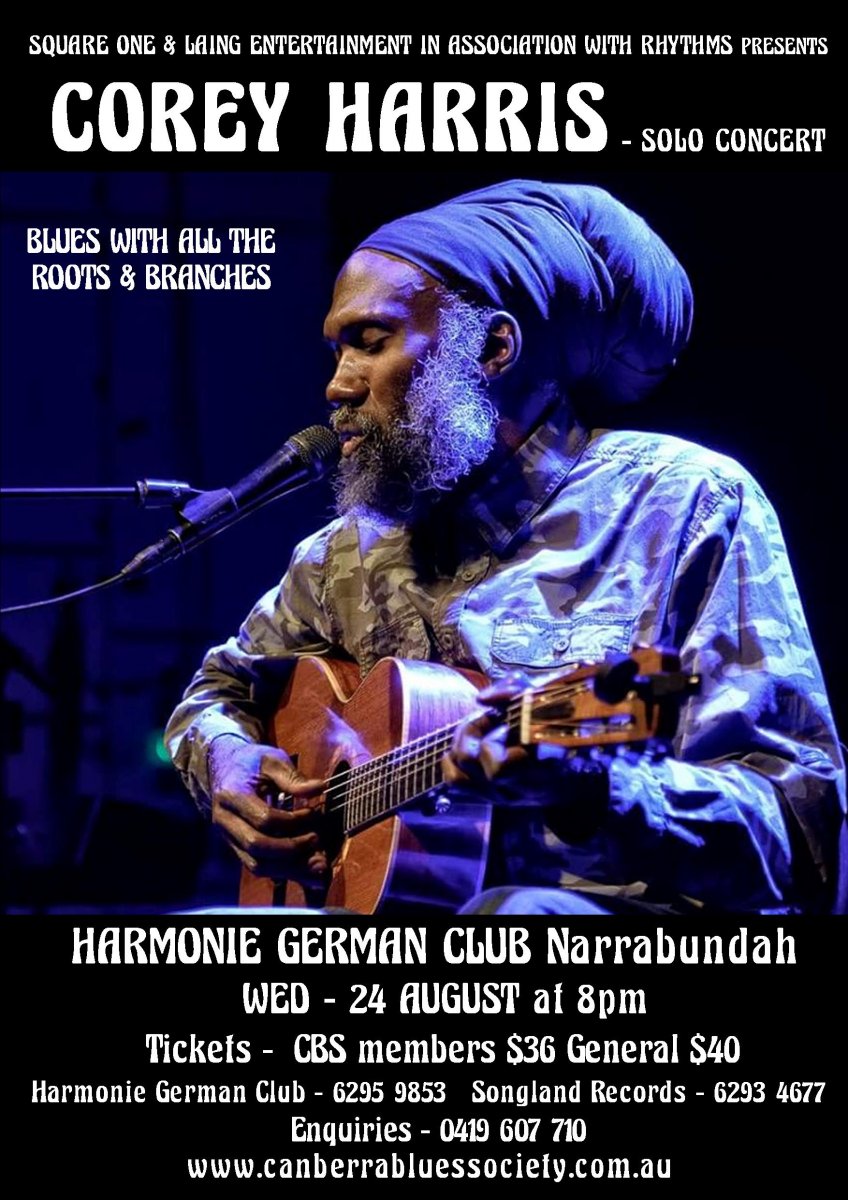 On his first Australian tour in 16 years, and fresh from a US co-headline tour with Aussie favourite Eric Bibb, Corey Harris returns to our shores for a series of solo shows.

Corey Harris was prominently featured in the Martin Scorsese film ‘The Blues: A Musical Journey’ and has performed, recorded, and toured with many of the top names in music such as Billy Bragg & Wilco (on the acclaimed ‘Mermaid Avenue’ albums), BB King, Taj Mahal, Buddy Guy, RL Burnside, Ali Farka Toure, Dave Matthews Band, Tracy Chapman and Olu Dara.

With one foot in tradition and the other in contemporary experimentation, Corey Harris is a truly unique voice in contemporary music. He is a guitarist, vocalist, songwriter and band leader who has carved out his own niche in blues. He began his career as a New Orleans street singer, traveling throughout the southern US. In his early 20s, he lived in Cameroon, West Africa for a year, which had a profound effect on his later work. He has recorded many of the older songs, while also creating an original vision of the blues by adding influences from reggae, soul, rock and West African music.

Corey Harris has earned substantial critical acclaim as one of the few contemporary bluesmen able to channel the raw, direct emotion of acoustic Delta blues without coming off as an authenticity-obsessed historian. Along with Keb’ Mo’ and Alvin “Youngblood” Hart, he raised the flag of acoustic guitar blues in the mid-1990s.