What a fantastic night! What a heavy night! The much distortion and fuzz is still blowing through my ears. This was the second night of the Lady Powers week at UC and easily the grittiest. The female-fronted bands here were all swimming in distortion and grunge.

First act Spit Chewy blast onto the stage, commanding dancing and nodding. Their sound is a punchy and grabbing mix of power punk and surf rock that bled personality. The vocals and banter with the audience was pretty fearless in its delivery, sung and screamed vocals delivering a real hit fronting great riffs and choruses. 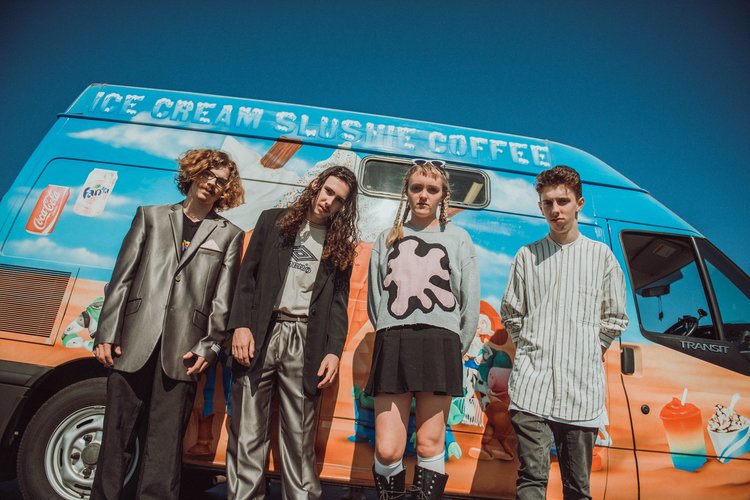 After leaving a raw taste of energy, second act Fritz came through with a more mellow approach. Swaying somewhere between shoegaze and dream pop, the outfit took a few songs to warm up but came through in spades with layers upon layers of crispy guitars and silky synth lines. The band itself stayed true to the aesthetic of its shoegazing counterparts, a quiet and chilled band there to play and drown the bar in noise. By the end of set they’d well hit their stride and the crowd was loving it.

Third act TOTTY was by far the heaviest, the trio coming through with a straight grunge sound that even the meanest subwoofers cower from. The performance was extremely raw, the riffs blasted the audience into animals as they danced like mad. The banter between bandmates was hilarious, I’ll take note that terrible knock-knock jokes are a great way to buy time when tuning a guitar. These guys are definitely worth seeing live, their recorded tracks do no justice to their ferocity on stage. 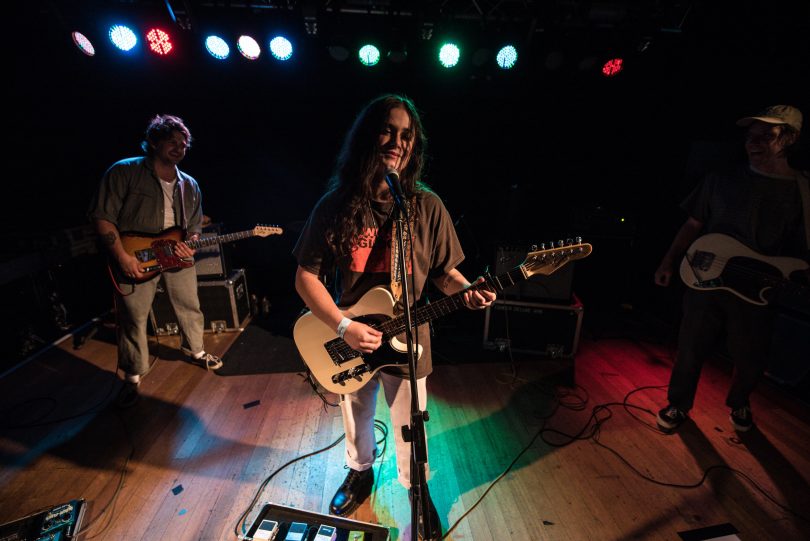 Lastly the main event Ruby Fields took the stage with her signature grunge/rock sound and jokes with the crowd, even downing a beer to a roaring cheer. She and the band put on a great performance with particular props to her guitarist who was nailing everything he could, especially his soundscape slide guitar during Dinosaurs. But Ruby didn’t just stick to her usual catalogue this time, instead playing a few unreleased tracks and her The Church cover from Like a Version.

The night overall was a blast. Ruby and the rest of the acts brought their A-game to every performance, shaking the walls with grit and passion. The audience itself was a blast, getting rowdy and sweaty, chanting along with all the lines, failing limbs and thrashing like grunge was in its heyday again. Canberra has definitely been lucky to get such a great show like this.

Matthew Pez - 16 minutes ago
Simon Adamson how is mowing your lawn at 8pm when there is still light a malicious crime? View
Robert Kearon - 3 hours ago
I would rather 8pm than 8am... not everyone is old and Karen View
Nathan Beck - 5 hours ago
David Cole it would be growing faster than they can cut it in this weather 🤣 View
News 73

Mamy Watts - 53 minutes ago
Same outcome, they do nothing anyway. Look out insurance will go up with people making fake claims. View
Capital Retro - 7 hours ago
Some how I don't think insurers will cop this without conditioning the terms and conditions of their cover for home burglarie... View
Jenny Graves - 8 hours ago
Adam Rolls I presume you use your commonsense but don't actually harm them. View
News 75

Daniel Duncan - 2 hours ago
Shane no that was sarcasm and its because of people like you we should raise the age to 21. View
Anthony Briscoe - 3 hours ago
Never View
Shane Nayler - 3 hours ago
Gary Keogh that's a dud argument dude. Young people are not represented by the current "old white dudes" and "old white dudes... View
News 15

William Vass - 3 hours ago
Don’t show up for a break-in but worry about scooters. What’s wrong with policing in the ACT??? View
kenbehrens - 6 hours ago
Has anyone ever been fined for smoking at a bus stop? Has anyone been fined for not wearing a mask on public transport? There... View
Nathan Lofthouse - 8 hours ago
Complete with Benny Hill music View
Opinion 80

Craig McPherson - 4 hours ago
I acknowledge the message, but to describe people who are partnered up as being 'privileged' I don't agree with. A privilege... View
Nada Krstin - 4 hours ago
Natalia Komarova yes, I have seen that, very sad indeed - it was either the couples felt 'superior' or the women in their soc... View
Natalia Komarova - 5 hours ago
When my friend lost her husband she said to some extend she lost her social circle as well. While she would catch up with her... View
Food & Wine 9

BlowMeDown - 8 hours ago
I recall my father and I taking the boat out on the western shore in the mid 1960s, where the water has yet to return. It was... View
Capital Retro - 9 hours ago
I think groundwater that enters the artesian aquifers originatesin mountainous country through rock strata. The water in Lake... View
Patrick Keogh - 9 hours ago
What percentage goes into replenishing groundwater compared to what is list to evaporation? View
show more show less
*Results are based on activity within last 7 days