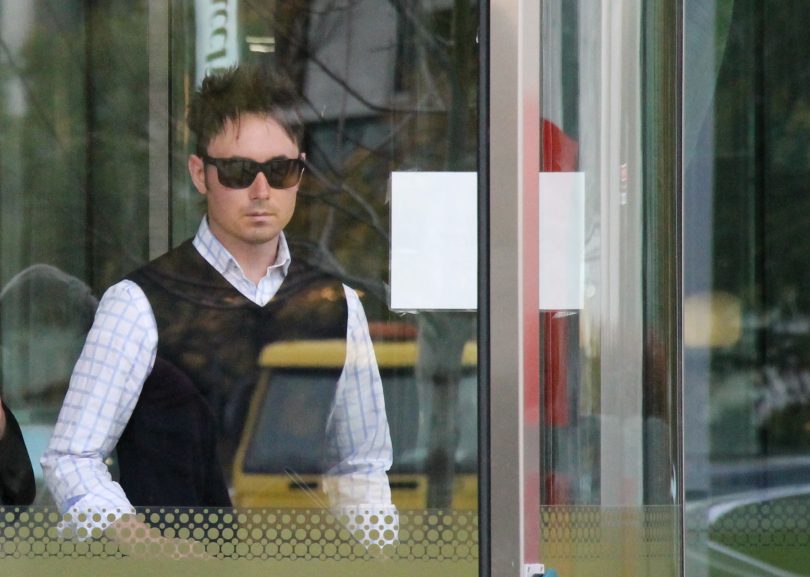 A stalker who repeatedly harassed women suffered from a disorder meaning he wrongly believed they had fallen in love with him.

Justice Chrissa Loukas-Karlsson told the court a psychologist report suggested court proceedings were “romantic” or like “secret games” to him.

“Mr Black, you know this is not some sort of romantic or secret game, don’t you?” she asked him.

His barrister, Frances Lalic, said his delusional disorder was directly linked to his offending and resulted in the belief that the person who was the object of his affection was also in love with him. He also had schizoaffective disorder.

“He is a person who has a severe mental illness when unwell,” she said.

Ms Lalic said her client had been on a 24-hour curfew and was only allowed to leave home to go to medical and court appointments in the company of a parent.

Court documents reveal it is the third time Black has been charged over stalking the same complainants, including one of his former lawyers. He was convicted on the two earlier occasions.

His most recent crimes occurred between April and July 2020 when he made 117 unsolicited phone calls to his former lawyer over 32 days.

In June and July 2020, Black made numerous posts on Facebook related to the woman and sent her three Twitter follow requests using different accounts, none of which were in his name.

“The Facebook posts did not explicitly name [the woman]. Rather, they are symbolical, suggestive and cryptic,” the court documents say.

This woman sent him a message saying: “I don’t want you to contact me on any platform or in any way. Leave me alone, I do not know you.”

Black’s former lawyer told police she feels “physically sick and frightened” when he contacts her, while her colleague said she experienced a “low level of anxiety just knowing that Steve Black has sort of done things that are or may be of a stalking or harassing nature before”.

In court, Ms Lalic said her client used to work in the public service and at the National Gallery, but lost his job at the latter over an article published about his offences.

He is now unemployed, studying a law degree, and on clozapine, the most effective antipsychotic drug on the market, she said.

She said the problems had arisen in the past because he became forgetful and missed a dose of earlier medication then became non-compliant with his meds, but by that stage his mental health had deteriorated.

She said it was the third time he had been charged over these types of offences since 2016, but they only occurred when he was unwell and he did not offend when stabilised.

“This is a terrible experience for these women,” Ms Lalic said.

“Mr Black is deeply sorry about what he has done when he’s unwell.”

But prosecutor Beth Morrisroe said Black chose not to comply with his earlier oral medication regime, blaming forgetfulness and stress, and knew he could relapse and re-offend if he did so.

Justice Loukas-Karlsson adjourned the case for an intensive corrections order assessment and to learn about the outcome of Black’s application to the ACT Civil and Administrative Tribunal for a guardian to assist him if he became unwell again.

She also changed his bail conditions so he could leave the house for medical and court appointments without the supervision of his parents. The matter will next appear in court on 31 August.

Black, previously known as Sky Black, had pleaded guilty to three counts of using a carriage service to menace, harass or cause offence.