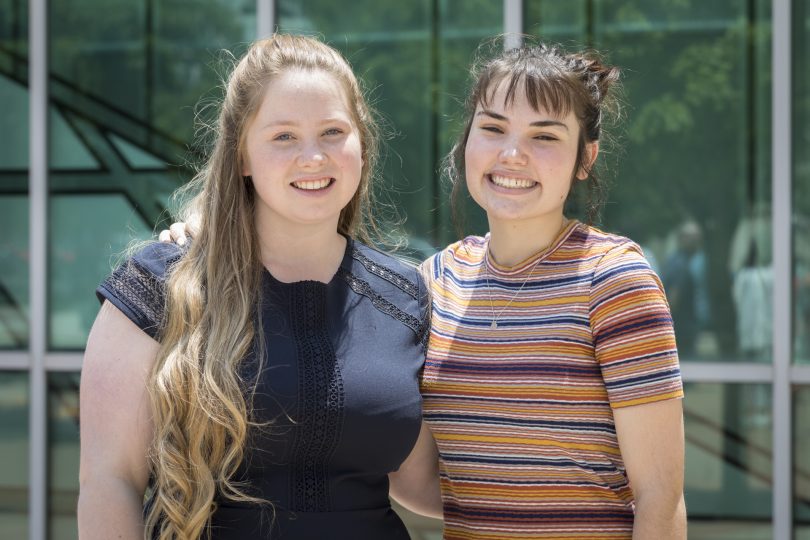 Only a couple of years ago Ella Dransfield wasn’t even able to attend classes due to the fragile state of her mental health, and graduating from college was but a dim possibility.

But thanks to the Big Picture Academy at Canberra College, an alternative pathway using a graduate portfolio assessment scheme, she is on her way to the University of Canberra to study nursing.

The first student to gain university through the Big Picture program, Ella says she doesn’t know if she would have completed college without it.

She is grateful to her mother for suggesting the program, which includes real-world learning experiences, internships and vocational courses through the Canberra Institute of Technology.

Students are assessed on a compilation of their best work over the two years. “It doesn’t judge you just on one test, it judges you on your whole learning process,” Ella says.

For her senior thesis project on Maxillofacial Surgery: Cleft Lip and Palate, she worked with two external academic mentors, Dr Jane Frost from University of Canberra and Kate Cogill, a surgical nurse from the NGO, Operation Smile.

Ella will be travelling to Vietnam in January to witness the transformative effects of this surgery on patients in developing countries.

It’s that ability to see the effects of one’s work that convinced her to study nursing, as well as being driven to help people.

The Big Picture also helped her with her own health issues and she says it’s an incredible program.

“It’s a lot more supportive and flexible,” Ella says. ”It’s about reflecting, and being honest and transparent with yourself and the teachers and your workload.”

Ella joined other Year 12 graduates at the ACT Board of Senior Secondary Studies’ (BSSS) Recognition of Excellence Ceremony at Llewellyn Hall yesterday (17 December).

Next year she is off to Kenvale College in Sydney to study Event Management after a week’s placement led to her winning a scholarship.

“I’ve always been fascinated with the behind the scenes side of it [events],” she says.

A practical Hayley chose vocational studies because she wanted to leave Year 12 with qualifications and a certificate.

”Gungahlin College offered so many different ones and I thought I would use that as an opportunity to learn lots in different areas, and skills that will help me in the future, and come out of Year 12 with more qualifications than most,” Hayley says.

Students from across the private and public college sector were recognised for Community Service, Vocational and Academic Studies, individual excellence and Aboriginal and Torres Strait Islander Awards.

But the BSSS this year is not releasing the Australian Tertiary Admission Rank (ATAR) scores of the top academic students from each college. 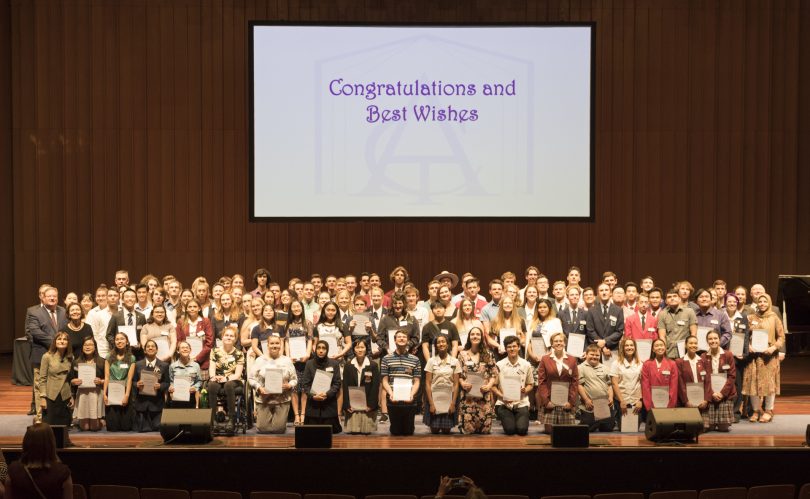 The top students from each college are: 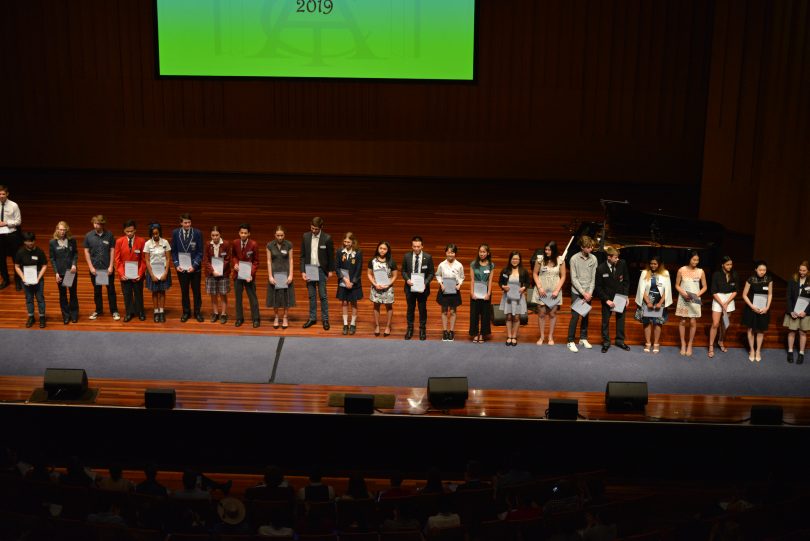 This year 1,696 students were awarded a vocational qualification and 242 students had an Australian School-Based Apprenticeship (ASBA) recorded on their senior secondary certificate.

A total of 268 students received a VET qualification from an externally registered training organisation that was included on their senior secondary certificate, such as Electrotechnology, Hair and Beauty Training, and Community Services.

A total of 173 students included an extension course studied at university on their senior secondary certificate.

Sarah Jane - 18 minutes ago
Shannon a day trip? View
Maya123 - 4 hours ago
Some gorgeous things there, but there are only so many cushions, vases, etc, you can have, before it becomes clutter. View
Rowan Bergin - 4 hours ago
I went back there last Wednesday and bought a ring for my daughter s birthday View
News 24