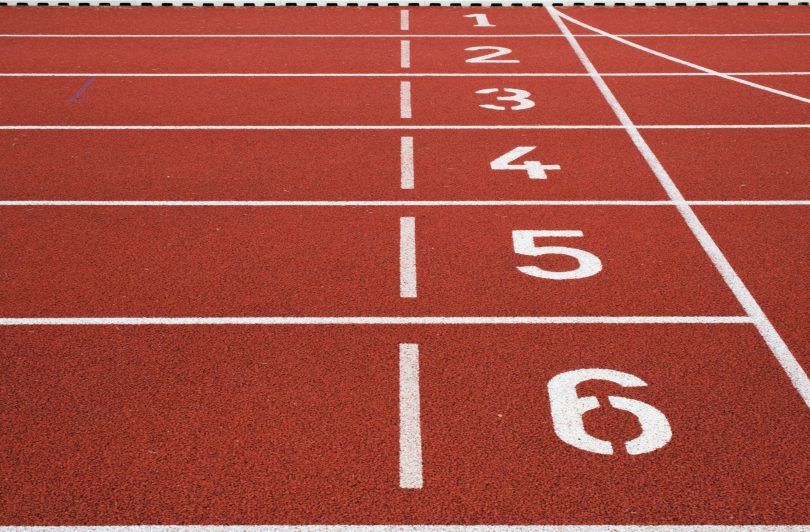 Are you experiencing Olympic Games withdrawals now that the flame has been extinguished in Tokyo? Photo: File.

Crikey, what a fortnight that was.

The Olympic flame was extinguished in Tokyo on Sunday night (9 August), and with it, two weeks of unmissable sport drew to a close – and a sinking feeling set in.

Like a knot in your stomach at the end of a holiday as a return to work looms large, the closure of the Olympic Games signalled a return to reality and time to vacate the imprint on the couch.

Now that the Games are over, withdrawals have set in, and if you deep-dived into the action as much as I did, that scenario is a bit grim.

If you’re feeling a bit blue, you’re not alone. Seemingly everyone I know spent the past fortnight in an Olympics black hole, glued to swimming, athletics, hockey, handball, BMX, sport climbing and whatever else was commanding their attention while dishes filled sinks and washing piled high.

For an Olympic Games that was postponed by a year, had no crowds, had widespread opposition throughout the host nation and was overshadowed by the dark cloud of COVID-19 for the past 18 months, it turned out to be a spectacular event.

It certainly helped that Australia blitzed. Finishing sixth on the medal tally with 17 gold, seven silver and 22 bronze for a total of 46 medals was an incredible feat considering our population of 25 million, especially when compared to nations such as France, Germany and Italy, which finished below us.

From the moment Australia’s swimmers such as Ariarne Titmus and Emma McKeon starting dominating early in the Games, everyone was hooked.

Considering the event sort of snuck up on people, the level of Olympics addiction endured by many during the past fortnight was a surprise.

Then again, the lure of the Olympic rings is a powerful beast.

I have always been an Olympics nut. Ever since cheering Dean Lukin to gold in the super heavyweight weightlifting at the 1984 Los Angeles Olympics as a nine-year-old, I’ve loved the Games.

Like everyone, I was gripped by Sydney in 2000 and got among it at the boxing, baseball, volleyball and beer drinking in Martin Place. I was also there in London in 2012, catching archery at Lord’s and watching the host nation in handball – one of the best sporting atmospheres I’ve experienced.

But despite all this, with COVID-19 raging around us, I still didn’t expect to be as glued to the teev as I was these past two weeks. It was the most concentrated television I’ve watched in years. I’m a mad sports bloke, but with an active three-and-a-half-year-old son and general responsibilities on the home front, time for being a couch potato is limited.

The Seven Network’s Olympics coverage was excellent – the ‘off tube’ commentary by the likes of Bruce McAvaney, Dave Culbert, Ian Thorpe and Andrew Gaze from back here in Australia was seamless – and the choice of viewing on its app was outstanding. Almost too outstanding as there was so much unmissable sport all happening at once, especially when Australia was flying.

You couldn’t look away from the evening athletics sessions last week, although you often had to as there was a Boomers basketball game being played simultaneously, or the Kookaburras just scored in the hockey. It could be quite anxiety-inducing with everything happening at once and FOMO (fear of missing out) setting in.

Especially as messages from WhatsApp, Viber and Messenger groups were pinging at breakneck speed from equally obsessed mates.

The sharing of the Games experience through personal message groups enhanced the overall enjoyment for me as the excitement was shared, although it did provide a few hairy moments. As a one-TV household, there were times I had to relinquish the remote so my son could watch Bluey, and because of a one-minute delay on the Seven app, pop-up notifications along the lines of ‘Aussie!’ or ‘Woo, yeah’ would appear on the screen with 100 metres to go in a rowing final, or as the Matildas were on the counter-attack in the football.

At the end of an evening, it could feel like Olympics viewing was as heart-pounding as being there competing. Well, not really, but at times it was an exhausting, exhilarating experience.

Of course, it wasn’t all helter-skelter. Thanks to the app, I enjoyed the soothing late-night handball and volleyball, just there in the background for company, like an episode in The Truman Show.

But I won’t miss the ads for The Voice, Home and Away and that useless suburban dad, Keith, in the AAMI commercials.

In fact, The Voice airing in the Sunday night timeslot ahead of the closing ceremony, where athletics had reigned supreme, was when my Olympics comedown set in.

Thanks, Seven, it’s been emotional. I’ll see you on AFL grand final day, and then probably only again for Paris in 2024.

No, I am not suffering. BTA I’m not big into pop-culture. I am interested in the Paralympics, which move me more than the Olympics ever will.

And I have heaps of books to read, and ABC Classic FM, and SBS and ABC TV.

we can still go for a walk, I think on Mt Taylor, so, what’s the problem?!

I love tv, I love olympics

And just to add – there are 32 Aussies in the Paralympics team who need our support!

So the Olympics competition is done and dusted is it? I find this whole article insulting by omission – what about the equally dedicated and talented Paralympians still taking part in 539 events across 22 sports hosted at 21 venues across Tokyo…don’t they count? And the Paralympics is also streaming for free on 7Plus so no excuse there. Obviously you’d rather be mowing the lawn than cheering them on in their highs and lows

Well said, I love the Para Olympics and seeing athletes and sports you don’t see regularly, just a shame it isn’t starting tonight