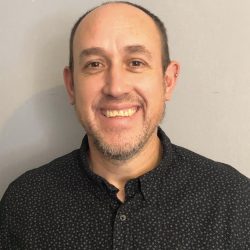 Born and raised in the ACT, Gavin is an information management graduate from the University of Canberra who has worked as a journalist and sub-editor for magazines and online publications for 25 years.

Starting as a street press music writer, he progressed to glossy magazines, spending five years at Ralph Magazine and another five as editor of Fox Sports Magazine in Sydney. Another 10 years as a freelancer saw him work on every publication under the sun, from Foxtel and Company Director, to Australian Hotelier and AdNews, allowing him to cover his range of interests including underground music, film, street art and craft beer.

A sports tragic, Gavin refuses to retire from playing cricket until winning a grade premiership, and bleeds green as a Canberra Raiders diehard. He says this is their year (every year).

Reflections on tragic Royal Canberra Hospital implosion, one of the capital’s darkest days

The emotional toll of family separation during COVID-19

The best mechanics in Canberra

Stephen Murray - 37 minutes ago
I remember the punt that the bridge replaced. View
Christopher Cuba Rabanal - 3 hours ago
I’ve heard the best fish and chips in the bay is closing due to the lockdowns. That’s pretty sad 😢 View
Geoff White - 3 hours ago
Adam Beams I’d give it a good crack lol... View
News 65

Josh Salmon - 42 minutes ago
Not as long as our fellow "Ken Behrens" keep voting in the short bald guy 😂 View
Josh Salmon - 42 minutes ago
Ashley Wright Maybe in a normal world, yet the ACT light rail is less frequent and slower than the current bus network (eg. W... View
Geoff Jones - 2 hours ago
Expensive I agree but cheaper than the alternatives. View
Lifestyle 42

Patrick Robertson - 3 hours ago
Give it some mince to eat. View
Mick Bailey - 3 hours ago
Q. Has he done something to the bird to cause it to "single" him out? Respect their intelligence. View
News 249

Nick Swain - 5 hours ago
Griffin had a coherent public transport system based on rail including a track from QBN, through Civic and on to Yass. What a... View
Mike Holland - 5 hours ago
I love trains, and the idea of a high-speed train is very enticing, but I'd probably only use it once or twice for the novelt... View
Pat Gagel - 6 hours ago
I have telecommuted on the trains since graduating in 1992 on and off. I used to get strange looks when I worked away on my V... View
Opinion 51

Leonard - 6 hours ago
No mention in this article of where she stands on the Holden/Ford debate. View
show more show less
*Results are based on activity within last 7 days

@The_RiotACT @The_RiotACT
Would you like to catch an intercity train from Civic? The #Kingston railway station has only three #trains per day, so do we need a new site and service? Have your say in this week's poll https://t.co/9Nc53VrNgb (41 minutes ago)