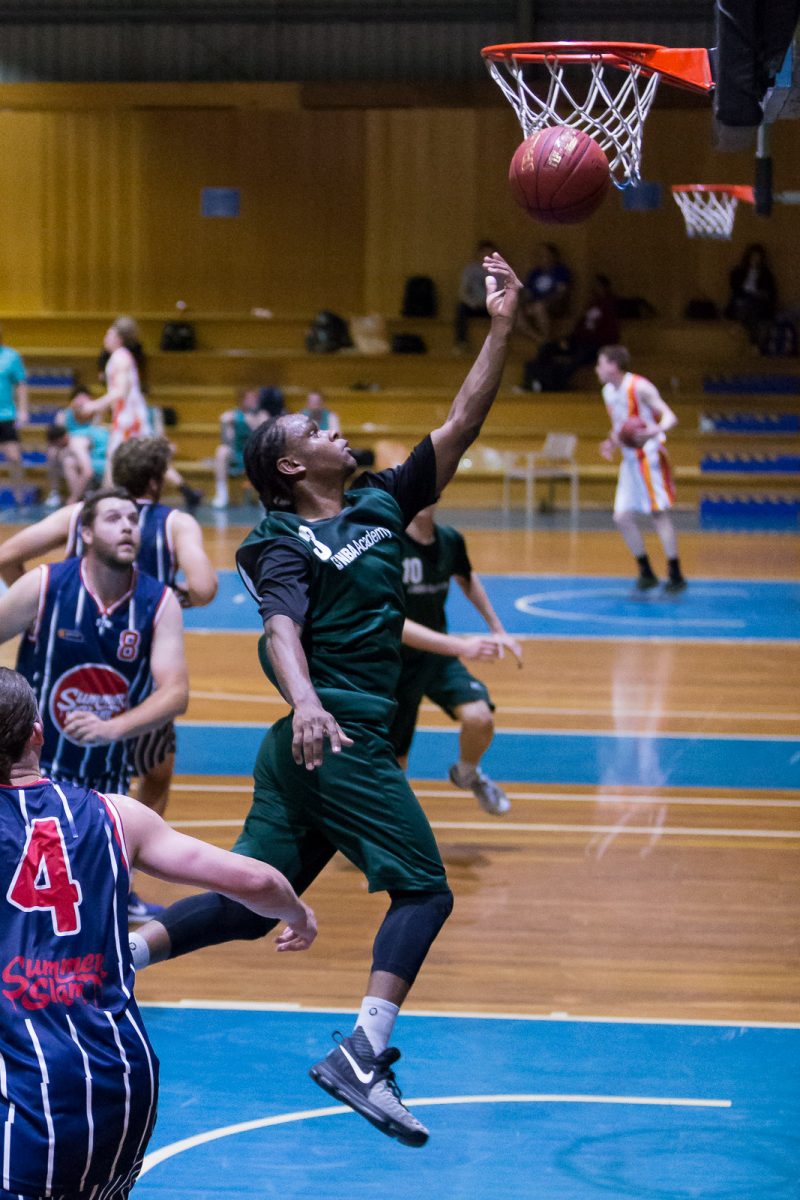 Summer Slammers set to burn up the court in its fourth season this year. Photo by Paul Furness

Well… Not quite… But at Belconnen Basketball Stadium “Summer Slam” is well and truly underway.

Basketball ACT has linked up with Basketball Australia’s Centre of Excellence (formally the AIS) to raise the bar of local competitions while providing the CoE players opportunities to get games under their belt.

Summer Slam’s draft-style selection process has local players nominated to play, then a room full of high profile local coaches pick their teams. With just five men’s teams and three women’s teams to fill, and the addition of 12 Centre of Excellence athletes, the level of competition is strengthened, presenting a great opportunity for player development.

Playing in my third Summer Slam, I’m again loving the level of competition and the ability to play alongside some of Australia’s up-and-coming talents. Over the past two years, I’ve watched local players like James Toohey and Brody Doran raise their games to match their competitors and find themselves starting for the Canberra Gunners six months later.

For older local players (like me), the Slam provides a chance to compete with Premier 1 rivals, further strengthening friendships within our basketball community. It also allows players to take on new roles under a new coach, which they can learn from, and bring back to their club in winter.

The draft format along with retro NBA-inspired uniforms creates a buzz amongst players as new court combinations see friendships formed across Canberra’s hoop communities. And the up-and-down gameplay ensures high-scoring games, which spectators love to watch.

This year, the addition of the NBA Global Academy into the men’s competition again adds another layer, bringing incredible athleticism to the comp while creating an opportunity for kids from all over the world to feel a part of something here in Canberra.

This year, the ACT U20 Women’s side is using Summer Slam to prepare for February’s National Championships. 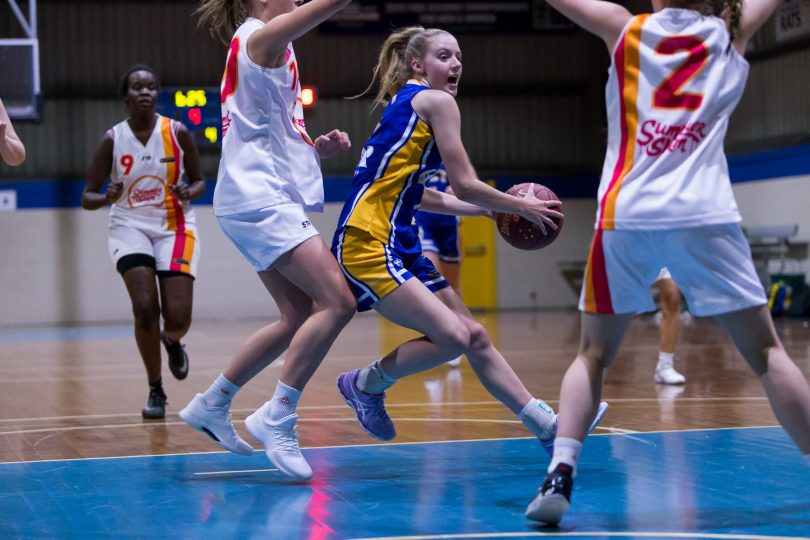 Expect a lot of slam dunks at the Belconnen Basketball stadium for the next five weeks. Photo by Paul Furness

Kali - 24 minutes ago
Poster boy for the 'it's all about ME' generation. View
Jennifer Albs - 2 hours ago
He is great player and pretty talented man, but his behaviour over shadow everything and not to mention mode swing, plus acti... View
Stewart Mcdonald - 2 hours ago
Lucy Humphreys I love the game but the sterile personalities bother me I think the game representing different social groups... View
Food & Wine 6

Stephen Saunders - 49 minutes ago
Look, I don't oppose this, it can never be remembered too often. But the first priority that needs it own Canberra memorial i... View
News 17

chewy14 - 52 minutes ago
Ha, that should read uninformed, not uninformed. BJ, on that link you've provided, have you actually read the ICRC report on... View
chewy14 - 1 hour ago
No, To be honest, It's because I think you're uniformed on the scope and causes of the problem, the research that has been oc... View
bj_ACT - 3 hours ago
I’m not just criticising this project from 2014, I’m criticising two decades of broken promises, failed projects and the... View
News 199

Jess Thomas - 55 minutes ago
David Deb Cossart that's the thing: people who can afford the fine can afford to speed. Changing this would mean that no-one... View
Liam Searle - 2 hours ago
Make the speed limit suit the road, change it back to 60! View
AliciaAnn Dowd - 5 hours ago
Werner Schenk I agree with you. There is already a system in place to assist people manage payment of their fines. SPER allow... View
Community 41