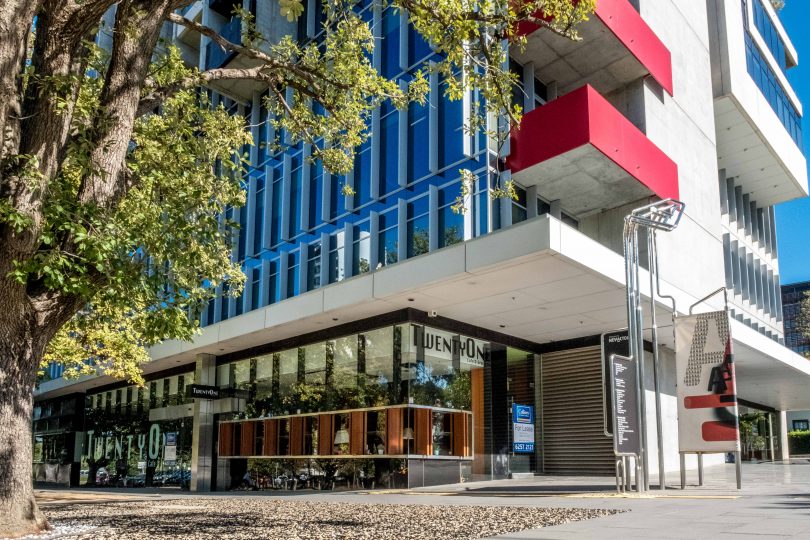 The New Acton precinct’s new supermarket is now open to serve the boutique area’s more than 2000 residents, many office workers and visitors.

The new business, 21 Capital Mart, opened its doors on Monday (18 February), about a year after the previous TwentyOne cafe and grocery closed.

Operated by a private Canberra company, 21 Capital Mart is believed to be its third small supermarket in the ACT.

Rebel Rebel will feature all-day dining, a wine bar and a bottle shop, and was due to open early this year but fit-out delays mean it will be April or May before the former Monster Kitchen and Bar executive chef can reveal the latest addition to the precinct’s food attractions.

“People who live or work in this part of Canberra really enjoy the amenity and location. However, for the past year residents and workers have been missing having a local grocery store so they can just pop out and grab the essentials or those last-minute must-haves,” he said.

Mr Brinton said that while the new tenants are similar to those previously, they would operate separately based on their own individual demand and capacity.

Deref - 23 minutes ago
It'd be handy to know the vaccination status of those in hospital and the ICU. View
Property 20

Sam Oak - 35 minutes ago
Ken, but the other 50% is usually taxed at the highest tax rate of 45%. Add the fact that normally your deposit to buy the ho... View
chewy14 - 7 hours ago
"And that’s exactly my point. The ordinary Australian family is not expected to have financial nous which makes property su... View
Food & Wine 1

Tom Worthington - 4 hours ago
I was surprised that a generator would be used for the outdoor office. Having been the "Net Traveler", for more than two deca... View
News 3

@the_riotact @The_RiotACT
#Jerrabomberra residents have been waiting for a high school for decades, but will it be big enough when it opens its doors in 2023? Plans for the new school have been released and locals are concerned https://t.co/hrpMDRz4yg (30 minutes ago)