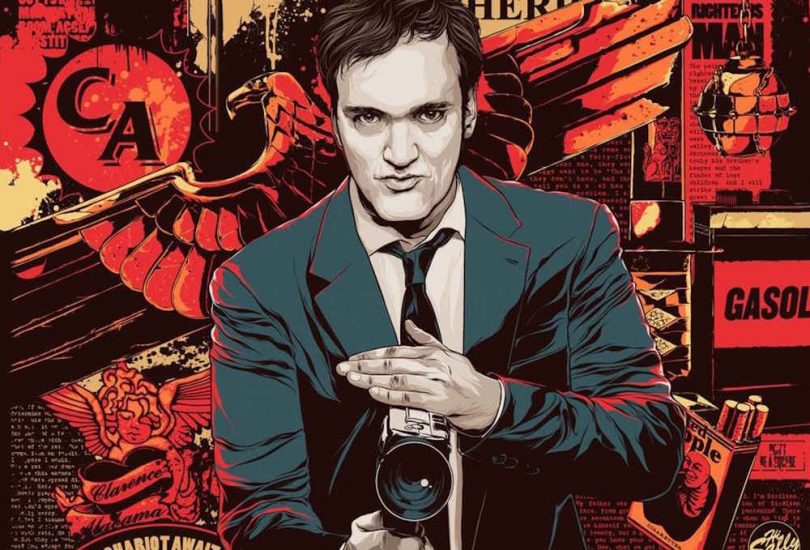 If you’re alive, chances are you’ve heard the name Quentin Tarantino. If you’re a film buff, there’s also a good chance you enjoy at least some of his films. If you live in Canberra, you may have heard recent rumblings of a Quentin cornucopia by the name of Tarantino Fest.

From 12:00 pm on Saturday December 2, revel in a Palace Electric curated selection from the extensive and influential back-catalogue of the cinematic iconoclast. While everyone has their own favourites, and admittedly this reviewer feels there is at least one glaring omission, the hateful eight included on the roster are still nothing to poke a stick at.

The not-quite-from-dusk but definitely until dawn – or at least the wee-hours of the morn if you can handle it – marathon will either reacquaint you with or introduce you to some of the most oft-quoted lines and memorable performances from the last quarter-century.

While Tarantino is famed for the nine feature films he has directed to date, he has contributed writing credits to various others, and even made appearances in some which this mixture of obvious and less obvious offerings acknowledges.

Tie yourself to the chair, get stuck in the middle of Reservoir Dogs (1992) and go back to where it all began. Enjoy the trademark cracking dialogue between Mr. Pink and co. which would come to define Tarantino’s work over the years. Revisit a very young and very cool Christian Slater, not to mention the otherwise star-studded cast in True Romance (1993), the late Tony Scott’s straight actioner lifted from a script by Quentin Tarantino. Oliver Stone’s highly controversial Natural Born Killers (1994) also stemmed from a Tarantino story. That same year, Tarantino would make his indelible mark on the movies.

With Pulp Fiction (1994), Tarantino truly took the world by storm with his wonderful pop-culture pastiche. Nominated for seven Oscars, and winning for Best Screenplay, the film also took home the coveted Palme D’Or at Cannes, a recognition which to this day remains a real anomaly in terms of the films usually recognised, and is an enduring testament to its ground-breaking influence. Sitting comfortably at no. 7 on IMDB’s Top 250 Movies of All Time, Pulp Fiction was and still is a phenomenon.

Having provided the screenplay, and with Robert Rodriguez at the directorial helm, Tarantino instead appeared in front of the camera and alongside George Clooney in the chaotic vampire fiesta From Dusk Till Dawn (1996). In recent years, the film has spawned its own TV show, and writer/director partners in crime would again collaborate in their homage to exploitation cinema of yesteryear with Grindhouse (2007) – the double-bill featuring Tarantino’s Death Proof and Rodriguez’s Planet Terror.

Jackie Brown (1997) is one of the lesser-seen Tarantino efforts but still retains his consistently high standard. Starring Pam Grier, a former star of 70s African-American cinema, and otherwise brimming with stars of the silver screen, this underrated slow-burner was a much more restrained affair. Adapted from the Elmore Leonard novel Rum Punch, this less flashy outing from Tarantino still tells a tense tale of money and duplicity consistent with the crime-capers of the 90s.

Obvious inclusions Kill Bill: Vol 1 (2003) and Kill Bill: Vol 2 (2004) allowed Tarantino to infuse his personal tastes into his worship of influential greats – Akira Kurosawa, John Woo, Sergio Leone – in his manga/kung-fu/spaghetti-western mash-up which follows The Bride (Uma Thurman) in her quest to kill Bill. Enjoy the undeniably entertaining two-part bloodletting in all its gory glory and balletic big-screen beauty.

Crowning the formidable festival and bringing us right up to the minute is the 70mm Roadshow Presentation of The Hateful Eight (2015). In his signature style, Tarantino reunites with a bevy of familiar faces in a Wyoming wintry western and powder-keg of tension set within a small cabin replete with insalubrious characters. Trademark Tarantino which marries previous works but follows on more immediately from the thematic vein set by Django Unchained (2012).

Which of Tarantino’s works are you most excited about seeing back on the big screen? Hopefully, you can catch your favourites!

If that wasn’t enough, there will also be themed food trucks, five dollar shakes and some poppin’ tunes for you to throw shapes to between scenes.

So, do the twist and bring on the Tarantin(o)verload!