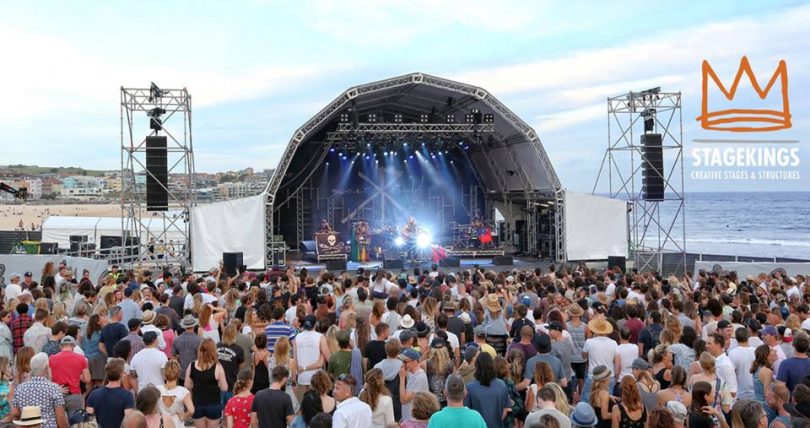 Stagekings are donating their stage and time for Band Together. Photo: Supplied.

The Band Together concert is on track to raise $250,000 for Tathra and surrounds following the bushfires of March 18.

Ticket sales have been stopped with organisers calling “sold out” last night (May 16) on social media. Around 4,000 people will pack into the Sapphire Coast Turf Club on Saturday, May 26 for what promises to be the biggest event of its kind in the region’s history.

“The main priority is the safety and comfort of patrons, we don’t want it to be uncomfortable and have that take away from the day,” he says.

“Talking with police and the venue we are restricted to how many tickets we can sell based on safety and security – that is paramount.”

Three and a half thousand tickets have been sold with 500 set aside for children under 12, artists, and other needs.

“All I can say to those who have missed out is – sorry,” Mr Jones says.

“We want to be raising money for Tathra so it’s very hard to say no and be turning away donations.” 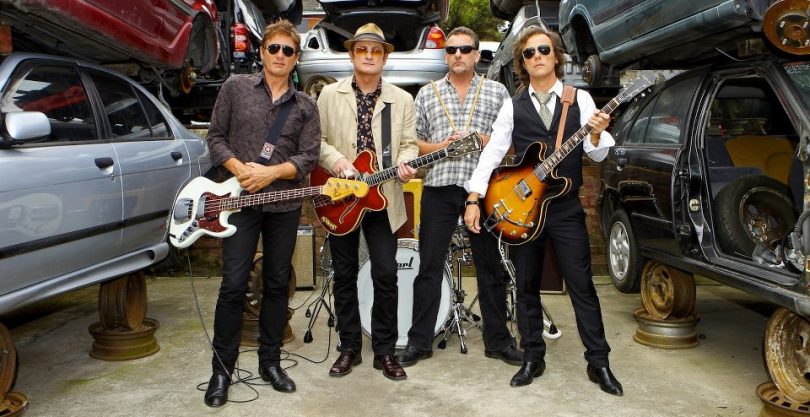 Mr Jones says the artists which include the Hoodoo Gurus, 1927, and the Badloves are looking forward to the gig.

“I told them this morning that it was a sellout, and they are pumped to be playing in front of 4,000 people.”

Mr Jones has left the door open for a last-minute round of ticket sales in consultation with police and the turf club and suggests people keep an eye on the Band Together Facebook page, “but you can only fit so many sardines into a can,” he laughs.

“It’s getting big and it’s getting exciting but we don’t want to lose the main focus of what we are there for,” Mr Jones says.

“100 percent this is about bringing the whole region together as part of the recovery effort and supporting the victims of the fire.” 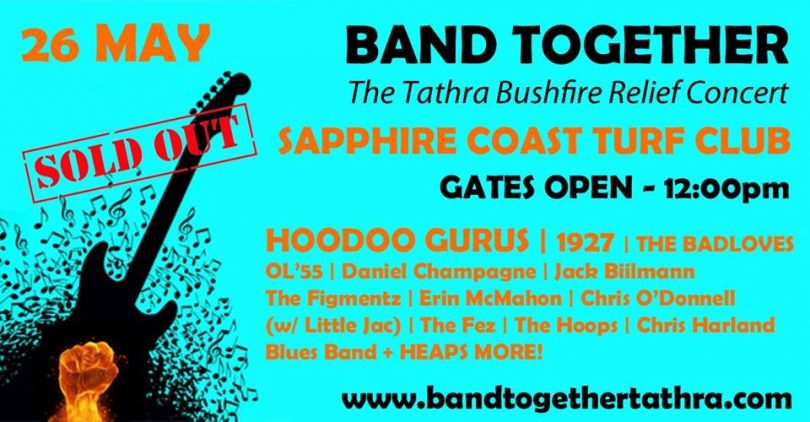 Two big stages will fire from 12 pm on the day, as well as a smaller more intimate venue.

“Performances on the two main stages will alternate, it avoids that empty space between acts, there’ll be no changeover, one will finish and the next will start,” Mr Jones says.

Artists include Daniel Champagne, Ol’55, Jack Biilmann, Melanie Horsnell, Cuppa Shred and loads more. Buses will run on the day from Eden in the south and Cobargo and Bermagui in the north. A major raffle to be drawn in the day boasts a car, camper, or boat as the first prize.

All funds raised by the event will feed into the Mayor’s Bushfire Appeal which has so far raised over $1 million.

For further information about the Band Together concert, check the website.