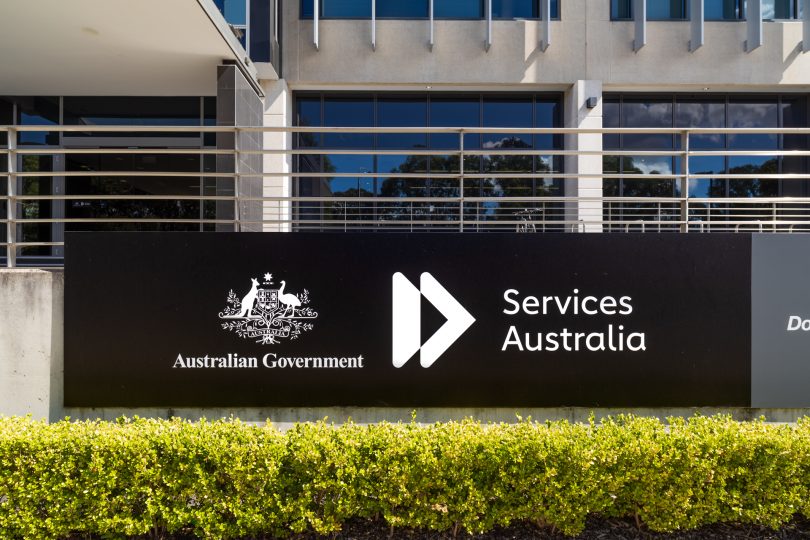 Services Australia led the agencies that boosted staff during 2021, most of them temporary. Photo: Michelle Kroll.

The number of temporary Commonwealth public servants is at its highest in 20 years, apart from the government surge of June 2021 to meet the demands of the COVID-19 pandemic.

The latest employment data from the Australian Public Service Commission (APSC) showed that at the end of last year the number of non-ongoing staff had increased by 2330 on the previous year to 19,512 or 12.5 per cent of the workforce.

The increase (2811) occurred in the first half of 2021, while non-ongoing employees decreased by 481 in the second half.

The proportion of ‘specified term’ non-ongoing employees as part of the whole APS workforce at December 2021 was 6.5 per cent, up from 5.4 per cent the previous year.

It has also more than doubled since 2014 and is the highest representation since 2002. It is also the first time since 2012 the proportion of specified term non-ongoing employees outnumbered casuals.

Almost all casual employees (96.9 per cent) are engaged at the APS 1–4 classifications. 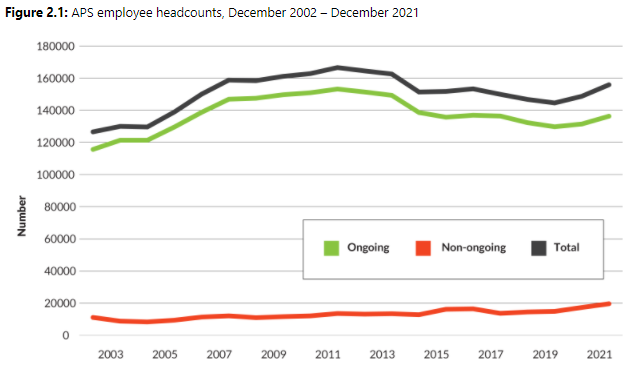 Despite overall staff numbers surging by nearly five per cent during the year to 155,796, APS employee numbers have fallen by nearly seven per cent from their peak of 167,339 in June 2012.

Services Australia had the biggest increase, dominated by 2286 more non-ongoing employees, followed by Health, the Australian Electoral Commission, the Australian Bureau of Statistics and the National Disability Insurance Agency.

Some departments and agencies had net losses of staff, led by Defence, Home Affairs and the Tax Office, including an increase of 980 ongoing and a decrease of 1599 non-ongoing employees. 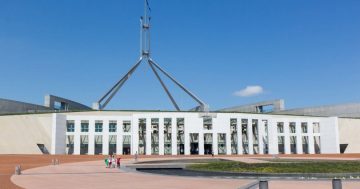