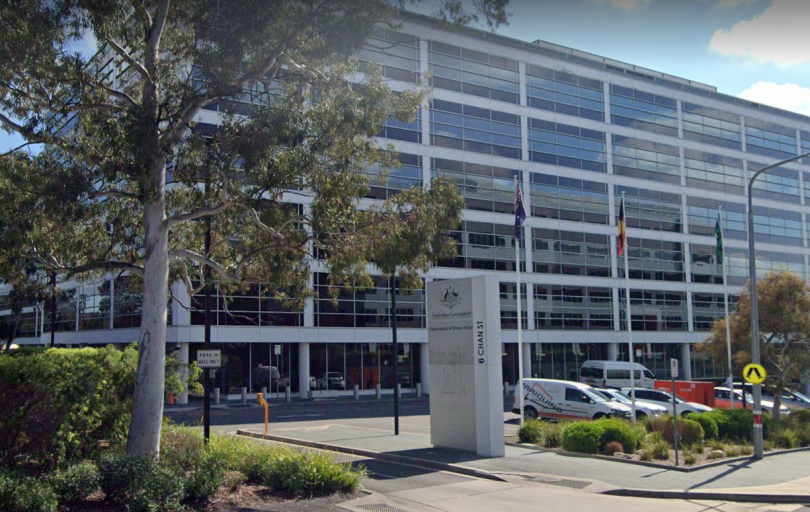 The Department of Home Affairs offices in Belconnen: 13 per cent want to leave as soon as possible. Photo: Google.

Morale at the Department of Home Affairs is in poor shape if the 2021 APS census figures are any guide.

It could only score 66 per cent for employee engagement, the lowest for agencies with more than 1000 employees, and a paltry 46 per cent of staff said they would recommend it as a good place to work.

Many staff have issues with a lack of autonomy, pay and flexible work options, despite an overwhelming majority being prepared to go the extra mile.

Only 57 per cent said they had a choice in how they do their work, 43 per cent feel fairly remunerated, and 64 per cent feel confident that a flexible work arrangement would be given reasonable consideration.

Many may be performing below par because only 40 per cent said that the department inspires them to do their best work every day.

Home Affairs may also have problems retaining staff with only 54 per cent saying they have a strong attachment to the department, and an above APS average of 27 per cent who said they wanted to leave within 12 months, while 13 per cent wanted to get out as soon as possible.

A massive 72 per cent said the department did not manage change well.

Many Home Affairs staff did not participate in the census, with the department posting a response rate of just 63 per cent.

The Department of Infrastructure, Transport, Regional Development and Communications (69%) was the only other big agency to score below 70 on employee engagement, although overall 73 per cent said they were satisfied with their job.

On being inspired to do their best work every day, only 45 per cent could agree.

Social Services scored 70 for employee engagement, but just over half (56%) said they would recommend it as a good place to work.

Less than half (45%) thought a request for flexible work arrangements would be considered.

The National Indigenous Australians Agency; Industry, Science, Energy and Resources; Defence; Department of Agriculture, Water and the Environment; and Services Australia squeaked into the 70s.

Just over half (52%) the NIAA staff would recommend it as a good place to work, and only 68 per cent said they were satisfied with their job.

In Defence, there were recognition and pay issues, with 42 per cent dissatisfied with the recognition received for doing a good job and 44 per cent unhappy about how they were remunerated.

Defence was also marked down for how it managed change, with 70 per cent of staff saying it didn’t do it well.

Change was also an issue for DAWE staff where about the same said it was not managed well.

Agencies that scored highly and came highly recommended included the Australian Competition and Consumer Commission (80%), the Australia Bureau of Statistics (77%), Foreign Affairs and Trade, Treasury and the Australian Taxation Office, all with 76 per cent.

Finance, Health and the Bureau of Meteorology scored 75 per cent; Veterans Affairs, Attorney-General’s and the National Disability Insurance Agency all made 74 per cent, although at the NDIA, only 57 per cent said they would recommend it.

Chris White love this for them

Naten no surprises on the census results, that particular agency will always score low with its current culture.. Get out of there whilst you still can! 😂

Do you really want employees to publicly rate their workplace? Get real!

Kytie Mclign no. Stopped working some years ago

Defence still has the highest suicide rate by a country mile but these surveys are not designed to distil out any real issues or information that could lead to long lasting change that matters..

The survey/census could have been more appropriately designed by asking users of government services as to how government bureaucracies are performing. Users would not just include those using front-line services such as Centrelink but also those of us who have to monitor and meet the increasing plethora of government papers, regulations and paperwork generated by the policy gurus in the bureaucracy. The employees are meant to service customers first as in all private businesses rather than themselves and their masters.

I think you will find those surveys are done as well. It’s always been a standard part of managing their performance. This particular survey was obviously looking at workplace conditions. Even public servants deserve decent workplaces.