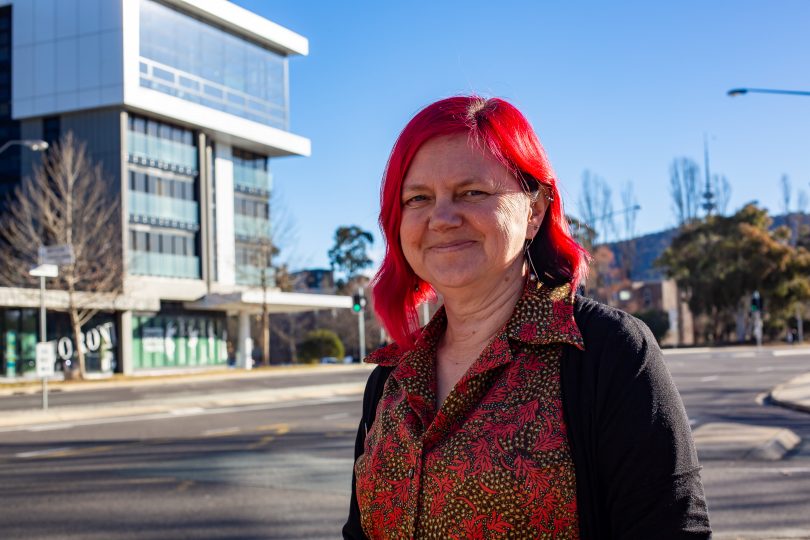 For 38 years, Canberra renters in need of advice have turned to the Tenants’ Union ACT for help. But the service will wind up early next year as the ACT Government has handed Tenants Advice Service funding to Legal Aid ACT.

The government, through the Justice and Community Safety Directorate, says it put the service out to tender to ensure it provides the best value for money and that it was as accessible as possible to tenants and occupants in the ACT.

The Tenants’ Union is still waiting on funding for the January-March period and says it will have no choice but to dissolve after that.

A government statement says contract talks in the new year between the Directorate and Legal Aid will include whether any of the five Tenants’ Union staff may be offered employment in the new service.

“The Tenants’ Union will be meeting in the new year to talk about the future but this strips us of our funding so the service is no longer going to be as it was,” she said.

With the organisation about to go into Christmas shutdown, Ms Pippen said she could not say how the handover would be conducted.

”It makes it hard for us to give advice in the new year period when we don’t know if the new service is going to give ongoing advice like we have,” she said.

“We have client matters, we have matters in ACAT, we have to work all that out.”

“Let’s not sugarcoat this: the ACT Government has decided to defund the Tenants’ Union ACT on Minister Ramsay’s watch,” he said.

“This decision likely means the end of Tenants’ Union ACT. Their team has brought decades of experience to supporting renters across the ACT. It’s tragic and deeply concerning to think that their knowledge will no longer be available to people renting in the ACT.

“With more and more people renting, this is an issue where it’s crucial to see informed leadership from our politicians. This includes action to reform rental laws, as we have seen recently across Australia. But, it must also mean a genuine commitment to provide the necessary resources for tenant support and advice services. Unfortunately, it seems like this government just doesn’t get it.”

The Tenants’ Union had tried to fight last month’s tender process with a grassroots campaign after saying it had been blindsided by the government’s decision, only finding out about the move for a tender on 28 August in a meeting with the government.

Last month Ms Pippen told Region Media that a standard review of the service in 2017-18 found no issues, and no concerns were raised in Assembly Committee hearings.

“As the review of our service noted, in providing services regarding private tenancy law, the TU is unique and specialised,” she said. “It is regarded as the ‘go-to’ service across the community sector for anything to do with private tenancy matters.”

The government says there will be no gap in service delivery, and Legal Aid ACT provided strong evidence of its capacity to deliver the TAS through its existing infrastructure and well-developed service model for similar specialist legal services, such as the Older Persons ACT Legal Service (OPALS) and the general advice Helpline.

It says Legal Aid ACT proposes to extend the opening hours of the Tenants Advice Service and will offer complementary services such as live chat.

Good luck to anyone trying to get help through Legal Aid, the wait times will have you out of your place before you get help.

The focus should be on the best provision of services to tenants, not on the organisation that provides that advice

Very sorry to hear that. Thank you to the people of the Tenants Advice service for your great work!

Wait, so tenants will be supported with longer opening hours and a live chat service that wasn’t previously available?

And TU say they were “blindsided” by the tender process after being informed in August, which gave them three months to put together a tender package for a role they were already performing? And instead they went with a “grass roots” campaign only last month?

Is there a concern that LegalAid won’t be able to provide the same level of support for tenants as TU? It seems they’ll be expanding on the services currently available. 🤔

This is horrible for clients also. I work in the mental health sector & currently in the process of handing over clients to another company who received funding for a period of ongoing support.

Patrick Barrett - 2 hours ago
Dylan your fault View
Sonia Irwin - 7 hours ago
Been watching this as a client. Gotta say a bit nervous is an understatement View
Justin Newbury - 7 hours ago
Whoopsie. View
News 15

JC - 8 hours ago
Lots of relevance. Don’t think kenberrans was talking about planning and response to minimise death rather that those who h... View
phydeaux - 9 hours ago
What has that to do with kenbehrens’ point, JC? Nobody asked for a statue, and ultimately, they are people with family, rel... View
JC - 11 hours ago
Is it the place of government or media to commemorate someone in that way? Whilst I cannot imagine what it would be like to l... View
News 277

Rebate for landlords who lower rent extended for three months