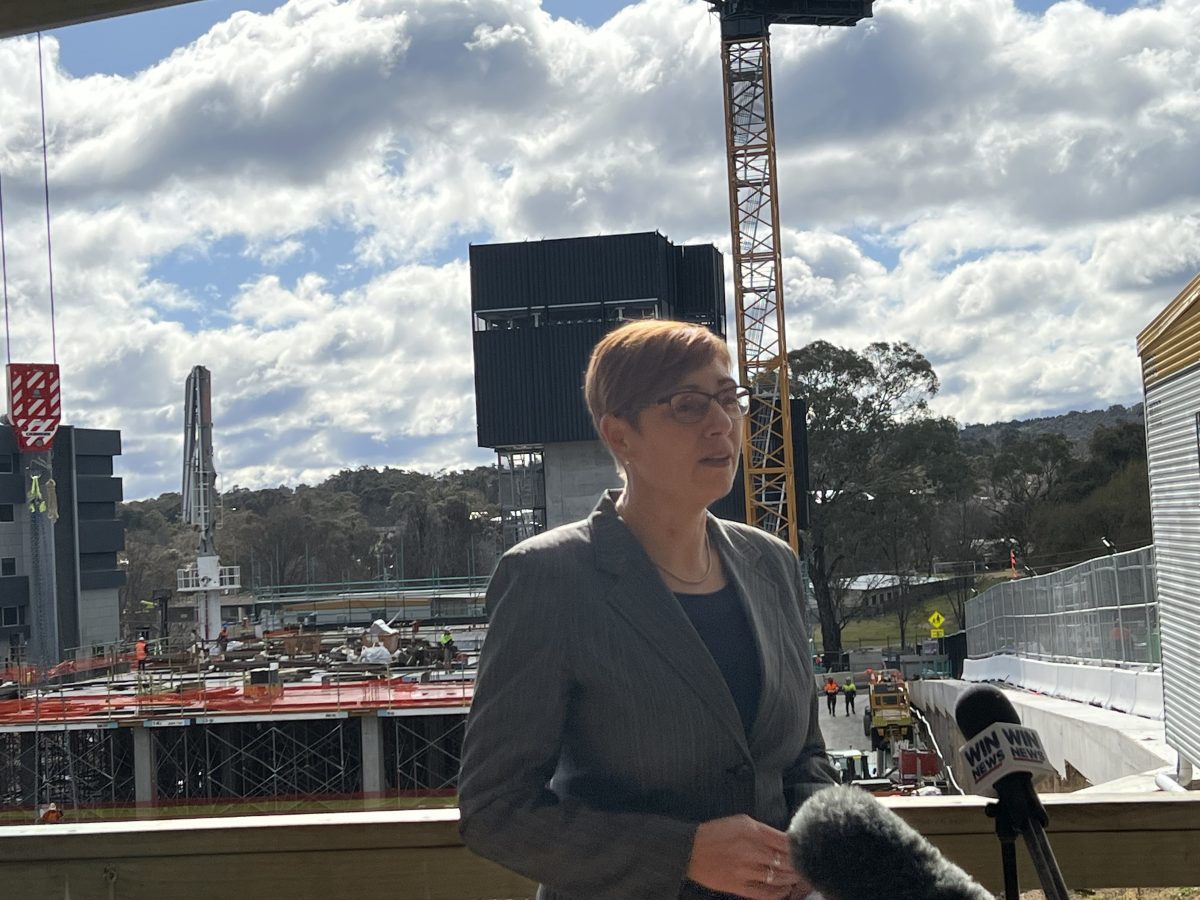 Minister for Health Rachel Stephen-Smith acknowledged the toll the pandemic and the times before it had on healthcare workers. Photo: Lottie Twyford.

The Territory has recorded 616 (320 PCR and 296 RAT) new COVID-19 infections in the 24 hours to 8 pm last night as hospitalisations creep up once again.

There are now 165 people with the virus in hospital. Of these, two are in the ICU but no one requires ventilation.

Yesterday, there were 163 people in hospital with COVID-19.

The latest figures come as the Territory’s Health Minister Rachel Stephen-Smith has acknowledged the toll two-and-a-half-years of the pandemic has had on healthcare workers.

Ms Stephen-Smith said the government was “very cognisant” of the impact surges and different waves of the virus had on staff.

She said this had followed 2019’s horror influenza season as well as the bushfires and smoke.

The Health Minister noted a service-wide approach to wellbeing and supporting workers – including junior ones.

“I’ve heard very clearly from nurses and midwives … that skill mix is an important part of delivering care, but it is challenging. It’s challenging for ACT health services as it is for hospitals around the country.”

Ms Stephen-Smith said a reduction in the spread of respiratory illnesses was leading to a drop in the number of hours of unplanned leave for healthcare staff.

Health authorities in the Territory remain undecided about where the current wave is headed, but the health directorate acknowledged in its two most recent weekly epidemiological reports that caseloads were falling.

Nurses and healthcare staff have been holding multiple snap actions outside the Canberra Hospital in recent weeks to call for a recovery plan and better pay and working conditions.

They previously had their calls for a $3000 pandemic bonus payment rejected by the ACT Government.

There are now 4,968 known active infections in the Territory and a total of 191,457 COVID-19 cases have been recorded since the pandemic began.

Yesterday, the ACT reported 556 cases and there were 163 people in hospital with the virus.

There are now 2323 people in hospital with the virus and 67 people in ICUs around the state.

Victoria has reported three deaths overnight and 7678 cases of COVID-19.

There are now 773 people hospitalised with the virus and 50 patients are in the state’s intensive care units.

Stevew77, I agree the government should be releasing these figures. being immunised is no guarantee of not catching covid or being hospitalised but it lessens the risk of serious infection, I wonder if we just let it run through the community how many people would be hospitalised and how many people would be in intensive care, it’s not about saving lives it’s about stopping our hospitals from being over run by people with a ‘cold’ I compare being vaccinated to wearing a seatbelt whilst driving, I know a seatbelt might not save my life in a car crash, but I know it may lessen my chances of serious injury or death, I’m not as lucky as you, I have a few underlying heath issues that are going to cause me grief if and when I catch covid, so just count your lucky stars hey

So in UK and Canada, more than 85% of people with covid in hospitals are double, triple or quad vaccinated.

Now if people want to be vaccinated, go for it, freedom of choice is important.

But clearly something is wrong if the majority of sick people are vaccinated. Surely?

It would be good if the ACT govt would release the vaccination status of those in hospital, but I doubt they will do it….

Im canberra we have a vaccination rate close.to 99% yet 9% of people in hospital are unvaccinated.

It’s great she’s acknowledged healthcare workers. What would be even greater is if the minister AND the union could also acknowledge the impact of Covid19 on private sector healthcare workers too. We’ve also had staffing shortages and borderline safe skill mixes. Without the private hospital support CHHS would have struggled harder.